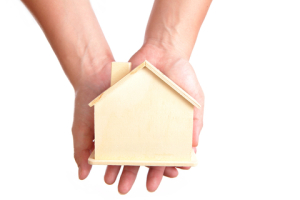 Accidents, or unintentional injuries, are the fifth leading cause of death in the United States.[i]

Traffic accidents account for a significant number of these, but a surprisingly large number occur where you might least expect it: in your home.

Each year, home injuries cause nearly 20,000 deaths,[ii] 7 million serious injuries and 20 million visits to the hospital.[iii] Yet most of us have a false sense of security when we’re at home, believing that we’re protected from injury (or at least safer than when we’re elsewhere).

According to one survey of U.S. adults, more than half said there’s nothing they should or would do to make their homes safer or to help prevent accidents.[iv]

Drowning poses a particularly strong risk for children and is the leading cause of death for toddlers.[v] Most drowning and near-drowning accidents occur in pools or bathtubs, but even an inch or two of standing water can be deadly to a very young child. If you have a backyard pool, install a fence (at least four feet high) with a self-closing, self-latching gate.

Formal swimming lessons can reduce the risk of drowning by as much as 88 percent among young children,[vi] but even with lessons, be sure to keep a close eye on your children anytime you’re near water (you should be within touching distance).

Choking, suffocation and strangulation is the fourth-leading cause of accidental home-injury deaths and is another particularly strong risk for children. Food is the most common cause of choking incidents, but any object that can fit through a toilet paper roll can be a choking hazard to a small child.[vii]

In addition to cutting food into small pieces, keep small objects out of reach, and be cautious about strangulation hazards, such as cords from blinds, toys or shoelaces. Remember that babies can suffocate easily if their airway passages are blocked, so keep blankets and stuffed toys out of the crib.

Thousands of people die in home fires every year, often because smoke alarms or carbon monoxide detectors were not working. According to the National Safety Council (NSC):[viii]

“You can prevent fires through simple steps. Make sure you have a properly working smoke detector and carbon monoxide alarm, change the batteries at least once a year. Plan and practice a family escape route. Learn how to use your fire extinguisher and remember if your clothes catch on fire to: Stop, Drop and Roll.

If you are evacuating a burning building don’t go through doors whose handles are hot. Leave your house, call for help. Do not go back to help someone else.”

Falls are the second-leading cause of accidental home injury deaths[ix] and are a leading cause of disability among the elderly. Those over the age of 55 are most at risk of falls in the home, which occur most often in:[x]

To help “fall-proof” your home, keep electrical cords out of walkways, put non-skid mats under small rugs and in the bathtub. Be sure children’s toys are picked up, spills are wiped up immediately, and handrails are available in all stairways. In addition to these precautions, you can reduce your risk of falls by engaging in a regular exercise program, including strength training and balance training.

Middle-age adults have the highest rate of poisoning deaths in the home (even outnumbering children), often due to overdoses or mixtures of prescription drugs. The NSC noted, “In adults, prescription drug overdose is the leading cause of unintentional injury death.”

Prescription and over-the-counter medications are the most common cause of home poisonings, followed by cleaning products and personal care products. In addition to keeping such items out of the reach of children, keep the number for Poison Control (1-800-222-1222) on speed dial so you can reach help quickly in an emergency.

It’s important to be aware of the overdose risks of any medications you’re currently taking. Even Tylenol can be deadly if you take too much (which is surprisingly easy to do). Three out of four prescription drug overdoses, however, are caused by prescription painkillers. It only takes one larger doses of such drugs to slow down your breathing to the point that it stops altogether, resulting in a fatal overdose.

If you’re currently struggling with pain, click here to learn about the 12 SAFEST & MOST EFFECTIVE pain relievers in the world. They’re available all together, in one powerful formula that actually HEALS the underlying condition causing your pain. You’ll feel quick pain relief in the short-term… and permanent healing in the long-term, without the side effects and overdose risk common to prescription and OTC drugs. You already have enough accidental injury hazards to worry about in your home… your method of pain relief shouldn’t be one of them.

[i] US CDC FastStats, Accidents or Unintentional Injuries

1 thought on “The 5 Most Common Household Accidents”