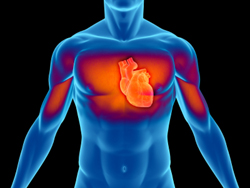 Inflammation is an important defense mechanism by which our body responds to infection or injury. However, serious problems arise when the inflammatory response gets out of control.

Uncontrolled inflammation directly contributes to diseases such as rheumatoid arthritis, Alzheimer’s disease, multiple sclerosis, and sepsis among many others. But the real killer from runaway inflammation is cardiovascular disease.

Why do we need inflammation anyhow?

You might remember from health class in school that blood clots are what stop you from bleeding to death when you get a cut.

Here’s how that works in a nutshell. When a blood vessel is injured, specific proteins are released into the blood which makes platelets become “sticky.” In just moments they begin to stick to each other and collagen and adhere to the injured blood vessel wall to form a blood clot.

Two of the main clotting proteins are called thrombin and fibrinogen. Thrombin is “activated” or turned on by the proteins exposed in an injured blood vessel. This activated thrombin breaks down fibrinogen – a soluble liver protein found in the blood – into strands of fibrin, an insoluble protein.

These fibrin strands stick to the exposed and injured blood vessel wall, clumping together to form a web-like mesh of strands. These strands of fibrin trap platelets and sometimes red blood cells to produce a more stable clot, repairing the blood vessel and ending bleeding.

Although clotting is an important defense mechanism, sometimes it creates new problems. A prime example of this is when blood clots help form atherosclerotic plaques in arteries — which are a major cause of heart attack and stroke.

Here’s how that happens…

When the inside wall of a blood vessel gets injured and inflamed, our body’s clotting mechanism reacts by weaving fibrin into the wall to strengthen it. This fibrin mesh protects the blood vessel, but also causes it to lose its elasticity. This is the first stage in hardening of the arteries.

Local inflammation from these tears and injuries causes more and more fibrin to be deposited on the artery wall. Fats, cholesterol, calcium and cellular wastes build up on these fibrin meshes and form hardened, calcified atherosclerotic plaques. The arteries become stiffer and less elastic and the lumen (the inner channel of your blood vessel through which blood flows) becomes narrower. This restricts blood and nutrient flow to tissues and raises the blood pressure needed to pump blood through the vessel, leading to even more damage to the blood vessel walls.

Blood clots can cause two major problems. First, when a clot blocks a blood vessel, it affects nutrients being delivered to tissues. Second, if the clot breaks free of the blood vessel and begins to travel through the blood, it can become stuck elsewhere in a smaller blood vessel. This blockage, called an embolus, can lead to a heart attack or a stroke if it occurs in the brain.

If blood flow in the large veins of the legs becomes very slow, the blood may begin to clot and obstruct the veins, known as deep vein thrombosis or DVT. Clotted blood cannot easily pass through the vein and return to the heart. Venous blood clots can also break off or “embolize” and move into the lungs causing a severe, life-threatening medical condition called pulmonary embolism.

Activation of clotting also revs up the inflammatory response. These two defense mechanisms complement each other in their attempt to defend our body against injury and infection.

Once again though, our body runs into serious problems when these responses go out of control. In sepsis, uncontrolled clotting and small blood vessel failure because of a hyper-inflammatory response can lead to multiple organ failure and death.

How to prevent runaway inflammation and clotting 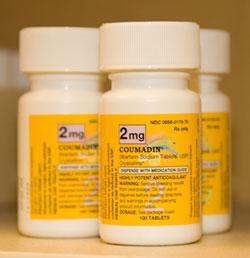 Conventional medicine likes to throw drugs at most problems, and chronic systemic inflammation, is no different. This inflammatory response triggers blood clotting which leads to dangerous buildups and blockages.

As a result, most drugs used to prevent or treat abnormal blood clotting focus on blocking the clotting process itself or preventing platelets from getting activated.

One class of drugs dissolves meshes of fibrin strands that have already been formed. These “fibrinolytic” drugs are usually administered during the first few hours of a heart attack or stroke to try and re-open a blocked artery and prevent permanent tissue damage from oxygen failure.

But all of these drugs have one very serious side-effect in common: an increased risk of excess bleeding. Fortunately, your body has its own natural solution to the problem of chronic systemic inflammation and abnormal clotting.

Proteolytic enzymes, also known as proteases, are commonly known for how they help your body break down food proteins during digestion. But they also travel through your bloodstream where they break down excess proteins like blood clot forming fibrin.

When proteolytic enzymes eliminate excess fibrin, it means a reduced risk of clots forming — and a lower risk of heart attack or stroke. More oxygen- and nutrient-rich blood can flow to damaged tissues when blockages are cleared away, which then have a better chance to rebuild and repair themselves as well as remove metabolic waste more efficiently.

They reduce inflammation and fight off infection

Systemic proteolytic enzymes get rid of inflammation by neutralizing pro-inflammatory biochemicals – which is not only good for heart health but also lowers your risk of cancer and Alzheimer’s disease. They help to speed up recovery from sprains, strains, fractures, bruises, contusions and surgery.

Proteolytic enzymes even boost your immune system by helping fight off viral and bacterial infections by seeking out and killing proteins that have viruses attached to them.

Where to get proteolytic enzymes

The good news is your body makes proteolytic enzymes naturally in your pancreas. They are also found in foods such as papaya and pineapple. However, eating these fruits or other sources of proteolytic enzymes within an hour of eating protein will simply divert the use of those enzymes to breaking down your meal instead of helping your body fight inflammation and excess blood clots.

Most people with a chronic pain condition have a corresponding chronic systemic inflammation problem. Inflammation and pain can often both be dramatically reduced simultaneously with an increase in proteolytic enzymes. Consider trying a proteolytic enzyme supplement if you have experienced an injury or have any kind of chronic pain or known inflammatory condition. It can protect your heart and improve your quality of life by reducing pain at the same time.

7 thoughts on “How Inflammation Damages Your Heart”