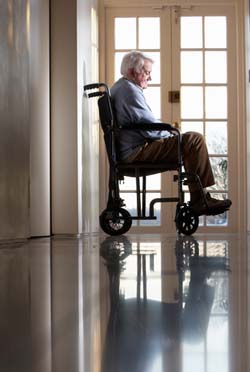 Preventing Alzheimer’s may be as simple as a choice

The secret of how to prevent Alzheimer’s may be simple lifestyle and wellness choices.

Scientists, doctors, and the 5.3 million Americans living with Alzheimer’s want a miracle cure. Unfortunately, it doesn’t look like one will be found anytime soon. Even the panel of experts at the 2011 Alzheimer’s Association International Conference couldn’t point to a single miracle drug.

Instead, their evidence points to lifestyle and wellness choices as critical to preventing Alzheimer’s disease. Genetic factors exist, but scientists are increasingly looking at the preventable risk factors — poor health, mental inactivity, and lousy nutrition.

The new hope is that by reducing these risk factors by as little as 25%, the world could prevent more than three million cases of Alzheimer’s.

Reducing your risk of Alzheimer’s depends on personal choices and personal action. Scientists can’t force you to do the right thing for your mental health, and neither can your doctor. It’s up to you to follow the four steps you can take right now to prevent Alzheimer’s in your life.

Physical activity is a key risk factor in understanding how to prevent Alzheimer’s. While many older people are sedentary or overweight, they could lower their risk of Alzheimer’s disease by making the choice to be active.

It doesn’t have to be much — 15 minutes of exercise three times a week can lower Alzheimer’s risk by 35% to 40% in adults over the age of 65, according to a study from the National Institute on Aging. Exercise reduces obesity, diabetes, and heart disease, which other researchers have shown can increase Alzheimer’s risk.

Researchers point out — and we agree — that this is an important health step to take now. It’s much easier to stay healthy than it is for someone who has lost their health to make a comeback. Do a little now and keep at it to preserve your health and reduce your risk of getting Alzheimer’s.

Keeping mentally alert is related to how mentally engaged you are throughout your life. Though researchers haven’t pinned down the exact cause and effect relationship, the lifestyle studies are clear. People with more active minds are better able to fight off Alzheimer’s, even if it runs in their family, according the American Academy of Neurology.

“The theory is that education and demanding jobs create a buffer against the effects of dementia on the brain, or a cognitive reserve,” says Valentina Garibotto, MD, of the San Raffaele University and Scientific Institute and the National Institute of Neuroscience in Milan, Italy.

Friends and social engagement also make a difference. The more social connections you have, the higher your brain function will be throughout life, according to longitudinal studies by the Chicago Health and Aging Project. Your brain becomes accustomed to functioning well, and keeps up that habit over time.

Of course, working out and being social don’t counteract the side effects of a lousy diet. Your brain needs nutrition to fight Alzheimer’s, meaning the key in how to prevent Alzheimer’s could be on your plate.

Your brain needs Omega-3 fatty acids, antioxidants, and B-vitamins. It thrives when you eat a diet rich in fresh fruits and vegetables mixed with a moderate consumption of meats and natural fats.

Processed foods and environmental toxins are the enemy — literally! Traces of pesticides, heavy metals, and industrial wastes in the modern food supply upset the brain’s chemical balance. Artificial sweeteners, fixing agents, and preservatives all send out complex chemical signals to your brain, making it better to eat natural foods, says the National Institute on Aging.

The brain benefits of a healthy diet show up in both human and animal studies. There’s more hard evidence here than in other areas of Alzheimer’s research — scientists can demonstrate unequivocally that certain spices reduce the brain plaques of Alzheimer’s, while certain foods — fish, fresh juices, and fermented beans — correlate strongly with increased brain function and reduced disease risk.

In fact, eating fish once a week has been shown to provide a five-fold reduction in the risk of Alzheimer’s disease according to a study presented to the Radiological Society of North America (RSNA). The researchers showed that the Omega-3 fatty acids in fish nourish the brain’s gray matter volume, preventing brain shrinkage and memory loss. “This simple lifestyle choice increases the brain’s resistance to Alzheimer’s disease and lowers risk for the disorder,” stated Dr. Cyrus Raji of the University of Pittsburgh.

That’s it – the secrets of how to prevent Alzheimer’s aren’t rocket science, just simple lifestyle and wellness choices. Instead of waiting for a miracle cure, take action now. Get physically active, become mentally engaged, eat right  to protect your brain today. 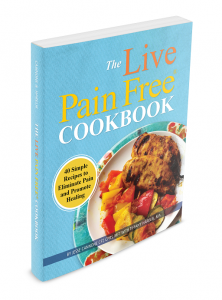 It seems whenever I mention eating a healthier diet many think, “Ugh! That means I have to give up the foods I love.”

In fact, the opposite is true. You get to enjoy naturally tasty foods which leave you feeling better than ever as you leave the dinner table. And it doesn’t have to break the bank, either.

Best of all, eating well can actually help you reduce pain throughout your body… so you can enjoy all the activities you love.

My co-author Tiffany Harelik and I explain how and share dozens of our favorite recipes in our new book, The Live Pain Free® Cookbook, available free right now at the link below.

5 thoughts on “How to Prevent Alzheimer’s”