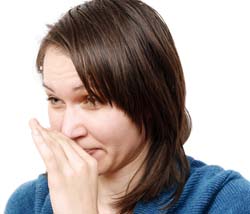 Protect yourself from the most dangerous disease-causing bacteria

Your body has millions of potential disease-causing bacteria, inside and out. Bacteria cover your skin, live in your intestines and throughout your body.

Some bacteria help your bodily processes along while others keep potentially harmful bacteria at bay. Infection can occur when disease-causing bacteria enter your body or existing bacteria get out of balance.

Pathogenic bacteria cause numerous infectious diseases like pneumonia, cholera, whooping cough, and meningitis and are responsible for the spread of respiratory infections like tuberculosis and sexually transmitted diseases like gonorrhea.

Disease-causing bacteria are a leading cause of death in children and the elderly. Hospitalized patients and those with chronic diseases are at especially high risk of bacterial infection.

You can help protect yourself from bacterial infection by maintaining a healthy immune system. Eating a healthy and well-balanced diet, getting plenty of restful sleep, and exercising regularly are important ways to boost your body’s defenses.

When disease-causing bacteria overwhelm your immune system, there’s an incubation period between the start of infection and the time symptoms appear. Here’s the incubation period for several well-known diseases caused by bacteria:

As you can see, some bacteria strike swiftly, while others like tuberculosis can lie dormant in your system for years before you ever know they’re there.

That’s why I’m sharing what I believe are the seven most dangerous disease-causing bacteria (that you’re likely to encounter)… and more importantly, how to rid your body of them all.

Cover your mouth when you cough or sneeze. Streptococcus pneumoniae bacteria are commonly found in the nose and throat and are currently the leading cause of invasive bacterial disease in children and the elderly.

Streptococcus pneumoniae is responsible for numerous cases of pneumonia throughout the world. It’s the #1 cause of bacterial meningitis and the most common cause of ear infections in children. Don’t forget to wash your hands frequently.

Get tested. Tuberculosis is caused by Mycobacterium tuberculosis which is a highly infectious disease causing breathing difficulties as the bacteria infect your lungs.

An estimated 15 million people in the United States are infected with Mycobacterium tuberculosis. Of these, however, only a small number will actually develop clinically evident disease.

This disease-causing bacterium can lie dormant in your respiratory system for years before being activated.

You might want to start eating your hamburgers well done. E. coli is commonly transmitted through contaminated hamburger meat, apple cider, and fruits and vegetables.

This bacteria is associated with a severe diarrheal disease called hemolytic uremic syndrome and has caused several nationally prominent outbreaks of food poisoning in recent years.

An estimated 73,000 cases are reported in the United States annually, and E. coli bacteria is one of the most commonly involved bacteria behind product recalls.

Beware of contaminated water. Salmonella is the second most frequent cause of bacterial disease in the United States. Mild infections often remain undiagnosed or unreported, so incidence may be much greater than we think.

Symptoms include diarrhea, fever, and abdominal cramps. The elderly, infants, and people with impaired immune systems are at greatest risk of severe disease. Salmonella is transmitted via exposure to contaminated food, especially eggs or water, or contact with infected animals.

Check for skin damage. Staphylococcus is a group of bacteria behind a number of diseases after infecting various tissues in your body.

Staphylococci can normally be found in the nose, on the skin, and other locations of up to 30% of healthy adults. In the majority of cases, these bacteria do not cause disease.

However, damage to the skin or other injury may allow the bacteria to overcome the natural protective mechanisms of the body, leading to infection.

Seek medical care. Neisseria gonorrhoeae is the bacteria behind the sexually transmitted disease Gonorrhea. There are more than 700,000 new gonorrheal infections each year in the United States, according to the Centers for Disease Control and Prevention.

Gonorrhea is preventable and treatable. Any person who engages in sexual activity can contract and pass on a gonorrhea infection from their partner.

Clostridium tetani bacteria cause Tetanus, a dangerous disease that attacks the nervous system and can lead to paralysis and even death.

Clostridium tetani bacteria are present in the soil, in the intestines and feces of household and farm animals as well as human excretion. Lockjaw and terrible spasms are the symptoms of the disease. Access to a good ICU is necessary for a chance at recovery once contracted.

Wipe Out Disease-Causing Bacteria in One Hour

Is your body hosting one or more of these disease-causing bacteria? 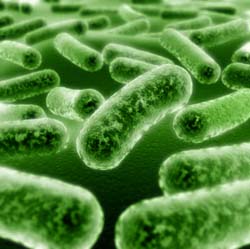 The truth of the matter is, you probably don’t know. But bacteria, viruses, and even full-size parasites have been discovered to be the culprits behind an amazing array of both disease and pain.

But the good news is recent scientific research has now developed a way to eliminate them all – harmful bacteria, viruses, and parasites – in as little as one hour.

Better yet, it doesn’t require potentially dangerous vaccines, pills or even trips to the doctor.

Find out how you can wipe out pain- and disease-causing bacteria in just one hour in our free special report.

Discover How to Wipe Out Disease-Causing Bacteria in One Hour!

1 thought on “The 7 Most Dangerous Disease-Causing Bacteria”