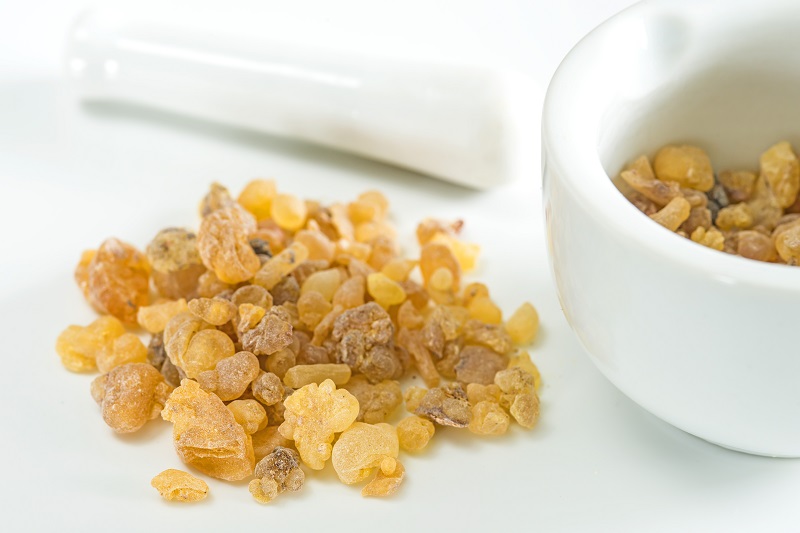 And when you’re in that much pain, day in and day out, you’re willing to do and try just about anything for relief.

But when I look at Big Pharma’s options for joint pain relief and arthritis, it sends a chill down my spine.

The list of dangerous side effects (some are potentially fatal!) is so long it makes my head spin!

Live in constant pain… or play Russian roulette with your health and life by taking one of Big Pharma’s drugs.

I want you to know that’s NOT a choice you have to make.

And today I want to tell you about a natural remedy that can help you live the pain free life you deserve.

It’s called boswellia serrata. (We can just call it “boswellia” for short.)

You might have heard of boswellia by another name. It’s also known as “Indian Frankincense.”

It’s a natural inflammation-fighter that comes from the gum resin of the Boswellia serrata tree, which is found in (you guessed it) India. For centuries, the tree’s fragrant, gummy sap, called oleoresin, has been tapped for its medicinal properties.

And it’s a real powerhouse when it comes to treating arthritis, joint pain… even back pain.

Is Boswellia Effective for Arthritis Pain?

After one month, the patients taking valdecoxib seemed to be doing better than those on boswellia.

But that’s when things got interesting…

In the second month, the boswellia patients showed a significant decrease in pain.

And in a study published in the Natural Medicines Comprehensive Database, people taking boswellia extract experienced a reduction in joint pain by up to 65%! The same study showed that boswellia extract reduced pain and swelling and increased mobility in people with arthritis, osteoarthritis and other types of inflammation in their joints.

Boswellia has a great track record for safety. In fact, people have been using it for thousands of years for its healing benefits.

And hundreds of studies on boswellia extract prove it’s both safe and effective for treating not only osteoarthritis, but also rheumatoid arthritis.

Now let’s look at valdecoxib. It was available by prescription in the U.S. in the early 2000s. It was sold under the brand name Bextra.

But in 2005, the FDA forced Pfizer to take it off the market because it dramatically increased the risk of heart attacks and stroke. It also caused potentially fatal skin reactions in some people!

Bextra is no longer putting innocent people at risk… at least in America. But that doesn’t mean Big Pharma’s other pain pills are safe.

If you tell your doctor you have joint pain, their first recommendation is usually to take an over-the-counter NSAID like ibuprofen (Motrin, Advil) or naproxen (Aleve) …

Those are a class of drugs that reduce inflammation. And as you probably know, if you have arthritis, your body is in a persistent inflammatory state.

So the docs are on the right track (sort of)…

You DO want to reduce inflammation. But not with their dangerous drugs…

Over-the-counter NSAIDs are notorious for causing stomach irritation and ulceration and other gastro disorders. But boswellia won’t do that.

In fact, at least one study found boswellia more effective at treating ulcerative colitis than the commonly prescribed sulfasalazine.

Boswellia won’t increase your risk of heart attack and stroke like NSAIDs do, either.

And studies show time and again that it fights inflammation just as well as any of those drugs.

Boswellia and Turmeric for Arthritis Pain

Boswellia is such a great natural remedy for anyone suffering from joint pain, arthritis or back pain.

But there’s something else you should know…

When you combine boswellia with another one of Mother Nature’s gifts, it works even BETTER.

The other gift? Turmeric.

Like boswellia, turmeric has a long history of use as an anti-inflammatory as well as a long track record of safety. And recent studies show that boswellia and turmeric make a great team. 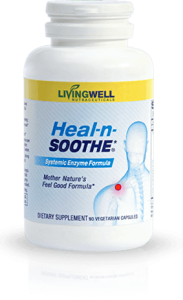 The studies indicate that the synergy of their compounds makes for a more potent pain and inflammation reducer than just using either one alone.

That’s why, when I set out to make the best natural pain relief product possible, I included both boswellia and turmeric. It’s called Heal-n-Soothe®.

It’s helped tens of thousands of people put a stop to their pain. If you’d like to be one of them, I urge you to give Heal-n-Soothe® a try today.

16 thoughts on “Is Boswellia Good for Arthritis and Joint Pain?”