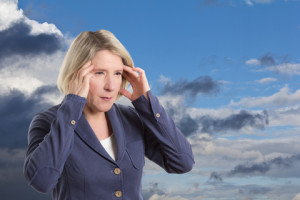 The next time you check the weather, you should also check out The Weather Channel’s aches & pains forecast. Yes, there really is such a thing, and you can either search by your zip code or check out the National Aches & Pains map.

Depending on factors such as chance of precipitation, barometric pressure, absolute humidity change, temperature and wind, your chance of experiencing weather-related aches and pains may range from 1 (lowest risk) to 10 (highest risk). According to The Weather Channel’s Aches & Pains Index:[i]

Specifically, according to The Weather Channel’s Aches & Pains Index:[ii]

Extreme temperatures, either high or low, may also lead to aches and pains. Low temperatures, in particular, may contribute to joint stiffness and make circulatory conditions worse.

Is There a “Perfect” Climate for Pain Relief?

You often hear of people retreating to warmer climates to ease their stiff achy joints, or of others escaping a hot humid environment in favor of a more tepid climate. According to The Weather Channel’s data, a climate that’s relatively steady, moderate and avoids extremes would seem to be best for pain sufferers, but research suggests “weather affects pain no matter where people live.”[iv]

So says Dr. Robert N. Jamison, who conducted research on climate and chronic pain. He studied the perceived influence of weather on pain among more than 550 chronic-pain patients living in four U.S. cities (San Diego, California; Nashville, Tennessee; Worcester, Massachusetts; and Boston, Massachusetts). What did he find?

“The majority of all patients believed that changes in the weather affected their pain. Pain patients who were younger and who had arthritis reported the most sensitivity to changes in weather. Weather sensitivity was unrelated to all other demographic variables and to geographic region. Cold and damp conditions were considered to influence pain the most. However, the perceived effect of weather on pain was not found to be related to regional climate. Thus, the belief that pain is worsened by living in a colder climate was not supported.”[v]

Interestingly, the people living in San Diego’s “ideal” warm, dry climate reported more sensitivity to weather changes than those living in cold, damp Boston and Worcester. Those in Nashville reported the least sensitivity, and Dr. Jamison believes that pain will follow you no matter what climate you live in:[vi]

“The findings suggest that our bodies adjust to the local climate, and when changes occur in that climate, we react to them with an increase in pain … If you spend two weeks in Florida sipping pina coladas, you may feel a lot less pain than you did shoveling snow at home in Boston. But if you move to Florida and your body gets used to that warm climate, when the temperature drops you may hurt just as much as you did when the weather changed in Boston.”

In other words, it’s the changes in weather that get us, particularly when that change is cold and damp (even if you live in a normally cold, damp climate). Barometric pressure often falls before a change in weather, which helps explain why many people report pain prior to a weather change. So if you start to feel pain and weather changes are in the forecast, you may be better off staying indoors in a climate-controlled environment.

This also explains why you may still have weather-related pain even in the middle of the summer – a time when many people stop using far-infrared heating pads since it’s so warm outside. Yet any sudden change in temperature, humidity or pressure could lead to a pain flare up, which is why I keep my far-infrared heating pad at the ready year-round (and it’s no coincidence that I haven’t taken an over-the-counter or prescription pain reliever in nearly a decade!).

If you’ve never tried it, far-infrared heat really is one of the most effective and fastest ways to relieve pain (and heal its underlying causes). If you struggle with weather-related pain (or any type of pain, for that matter), you need one of these at your bedside (… and in your office … and in your car … and definitely pack one in your suitcase when you travel …).

4 thoughts on “The Best and Worst Climates for Pain”