(Includes a Girl’s Shocking Science Project You’ve Got to See!) 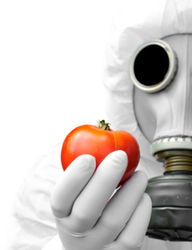 It’s amazing that we still have to ask the question, “Are Pesticides Harmful?” According to a recent “talking heads” editorial comparing the pros and cons in the Atlanta Journal-Constitution, however, the debate rages on as our environment worsens every day…

One side uses recent studies to show how pesticides “empower” farmers to grow far more per acre than they ever could as short a time as 40 years ago. The other extols the virtues of chemical-free farming as a practical way agriculture can save as much as $10 BILLION annually, and reduce the toxic load on all of our bodies.

How does the continuing health of our planet and all of us figure into the big business equation? Simply, it doesn’t. That’s why we must remain ever vigilant about any and every chemical we put on or in our bodies, whether they come from foods or prescription drugs.

Recent news reports illustrate just how harmful pesticides can be to the smallest of creatures and how the agencies set up to protect us from these potentially health-damaging chemicals are always two steps behind.

To appreciate the severity of the knowledge gap about pesticides in America is to understand one simple fact about the long, outdated Toxic Substances Control Act, passed into law by Congress more than 35 years ago: The EPA oversees an estimated 84,000 chemicals. 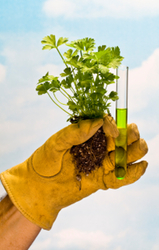 The word estimated is important because federal policy has been crafted in such anti-consumer, anti-science ways that almost 20 percent of the chemicals under the EPA’s jurisdiction are kept secret by law from the public and virtually all federal agencies.

Why? To shield big business interests from stealing trade secrets from each other and the public who really needs to know the difference between benign substances and harmful ones to make better decisions about their health.

Also, the number of secret chemicals is growing by the day, if statistics from the Government Accountability Office are anywhere close to being accurate. The facts:

Knowing these behind-the-scenes facts that protect the trade secrets of multi-national chemical companies at the expense of your health frame recent news stories about the world’s declining bee population — more than 70 crops that produce 90 percent of the foods we eat are pollinated by bees — into clearer, more alarming perspective.

In one report, bees exposed to tiny amounts of the common pesticide, imidacloprid (used in home gardening and pet products to control fleas, aphids and other insects), were at least three times more susceptible to infections passed from a deadly parasite. 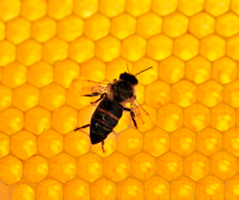 Just as disturbing are the results of a Swedish study that found a common acaricide-based pesticide (used by beekeepers to kill threatening mites before winter) may leave bees even more vulnerable to a deadly virus (deformed wing virus).

The toxicity of this common pesticide was so obvious, researchers advised beekeepers not to treat colonies unless absolutely necessary, noting that viruses continually evolve and develop immunities to common treatments just as the over-exposure to antibiotics is becoming increasingly problematic and harmful to humans.

What You Can Do

No matter how pervasive pesticides are in the food chain, there are some simple steps you can take right now to protect your health and reduce your exposure to these toxic chemicals:

Because seeing is believing and, sometimes, more convincing than reading, we urge you to watch this interesting video below about a simple experiment that illustrates the problems with the herbicide chlorpropham — better known as Bud Nip — that prevents a sweet potato from growing vines.

Even kids understand the dangers of pesticides and the stark differences between organic and non-organic whole foods.

How To Rid Your Body of Toxins – 7 Easy Steps 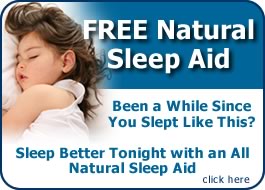