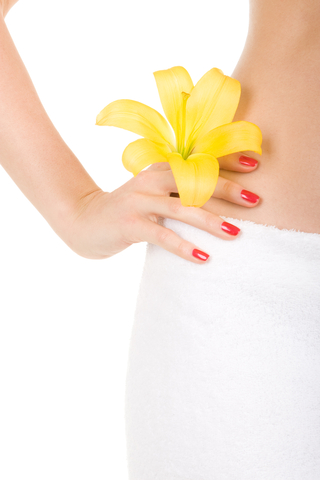 Your body is a temple, but sadly it’s likely a heavily polluted one. No matter how healthy you eat and how “clean” you try to live, toxins are difficult  — if not impossible — to escape.

They’re found in food and water; they exist in your home’s carpeting, dust and couch cushions; they’re in your personal care products … they’re most likely even in the air you’re breathing right now.

Over a lifetime, exposure to these toxins adds up, so much so that when the Centers for Disease Control and Prevention (CDC) conducted the Fourth National Report on Human Exposure to Environmental Chemicals[i], they found an average of 212 chemicals in the blood and urine of the U.S. population.

What Toxins are Most Common?

The CDC report noted widespread exposure to a startling array of chemicals, including:

Most of these chemicals are ubiquitous in air, food, water and household products, which is why they’re now showing up in the majority of Americans. As the CDC reported:[ii]

“For most chemicals, people are exposed to low levels through foods or by breathing in air that contains the chemical. People can also be exposed by using products with chemicals in them or which have been stored in containers made with the chemicals.”

Health Risks Linked to Environmental Toxins,
Even at Low Levels of Exposure

Many environmental toxins are endocrine disruptors, which means they interfere with your body’s endocrine system and, according to the National Institute of Environmental Health Sciences, “produce adverse developmental, reproductive, neurological, and immune effects in both humans and wildlife.”[iii]

Flame-retardant chemicals, for instance, have been linked to neurodevelopmental delays in children, along with thyroid problems and decreased fertility. The chemical BPA has been linked to heart disease, insulin resistance and reproductive problems. Parabens, another group of endocrine-disrupting chemicals, are also associated with cancer, while insecticides have been linked to ADHD, among other health problems.

In short, the health problems linked to environmental toxins are as vast as the chemicals themselves. Even obesity is a noted consequence of toxic exposures, and in some cases it’s the low level exposures — the type you’re exposed to on a daily basis — that are the worst of all. Writing in Environmental Health Perspectives, researchers explained:[iv]

“Receptors typically respond to very low levels of hormone, so it makes sense that they may be activated by low levels of an endocrine mimic, whereas high levels of a chemical may actually cause receptors to shut down altogether, preventing any further response. This is known as “receptor downregulation.”

As a result, some endocrine disruptors have greater effects at low than at high doses; different mechanisms may be operating.”

How to Rid Your Body of Toxins in 7 Simple Steps

Avoiding toxins is next to impossible, but assisting your body in removing them is not. In fact, there are a number of ways to help cleanse your system and support your body’s natural detoxification pathways.

Fiber helps move waste through your system, which is why a diet with plenty of fruits and vegetables is important. You can also add psyllium seed husk, a natural form of fiber, to your diet in supplement form (or as part of Natural Cleanse — see #1 below).

Fresh fruits and vegetables contain antioxidants that help fight off the free radicals that environmental chemicals produce. Especially important are sulfur-containing foods such as onions, garlic, broccoli and kale, as these help your liver detoxify your body.

Certain foods will only add to your toxic load. This includes processed foods with preservatives and artificial colors and flavors, trans fats, alcohol, and processed meats that contain nitrates. Be mindful also of the packaging your food comes in, and avoid plastics, canned goods, and microwavable containers as much as possible.

3. Choose Natural Products for Your Home

If you’re spraying chemical cleaning products or insecticides into your home, these are obvious sources of chemical exposures that you can choose to eliminate. Less obvious sources include personal care products, which should contain only natural ingredients, along with your air and water. An air purifier and a water filter can help reduce your daily toxin exposure.

When you exercise, your body is able to literally “sweat out” chemicals. Plus, the activity will enhance circulation to also assist detoxification. While all exercise is beneficial for ridding your body of toxins, activities that make you work up a sweat will be particularly beneficial.

1. Flush Your Colon of Toxins

Did you know that your colon could be clogged with five to 20 pounds of hardened fecal matter? This clogging causes your gastrointestinal (GI) tract to become inflamed, which can cause leaky gut — a condition in which toxins leak into your bloodstream. This, in turn, causes inflammation that is linked to chronic disease, digestive dysfunction and poor health.

You can help flush impacted fecal matter and other toxins from your system by choosing a gentle detoxification system like Natural Cleanse. Unlike chemical laxatives or fad cleansing diets, which often contain harsh ingredients, Natural Cleanse combines the very latest research and clinical studies in digestive health with centuries of traditional healing wisdom into a natural product that gently releases and flushes toxins from your colon.

If you’re serious about detoxification, try this natural program that everyone is talking about. It’s fast, effective and, best of all, entirely risk-free. Use an entire bottle, and if you’re not satisfied, send it back for a full refund.

2 thoughts on “How to Rid Your Body of Toxins”