… And the #1 Back Spasm Treatment 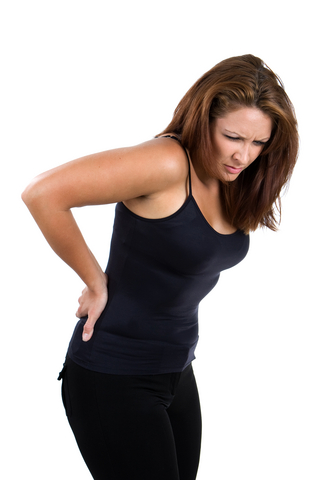 If you have a sudden, severe pain in your back that occurs while you’re twisting, pulling or pushing something, it could be a back spasm, which is an abnormal contraction of a muscle.

If your back muscles are swollen, inflamed or strained, a back spasm is more common, and any sudden movement can actually cause the muscles and tendons in your lower back to tear and spasm.

If you play sports like football, baseball, golf or basketball, the sudden, twisting movements make back spasms all the more common, as does the strain of weight lifting.

What are Back Spasms?

So what exactly are back spasms? It’s any type of involuntary, abnormal contraction of a muscle in your back, especially one that continues to spasm rather than relax quickly.

Typically the pain will get worse if you try to move, leading some people to say they “threw their back out,” when actually what they’re experiencing is a muscle spasm. Because the pain can be severe (especially if it occurs near your spinal cord or nerves), it may force you to stay lying down, often in a curled up position, until the pain lessens.

The pain may last for just a few seconds, minutes or much longer, and may re-occur if you go back to the activity that caused the stress or strain in the first place.

In fact, while bed rest is not normally the best course of action for back pain, for back spasm treatment resting may be just what the doctor ordered, as long as you don’t stay off your feet for more than a few days.

Spasms are especially common when your back muscles are tired, over-used, weak, damaged by injury, or held in one position for too long. For instance, if you’ve been slouched over your computer for hours, bent over raking leaves or shoveling snow, or engaging in any type of repetitive movement, a back spasm is more likely to occur. This is especially true if you’re engaging in strenuous activity and become dehydrated, as muscle spasms are often associated with dehydration and low levels of potassium and calcium in your blood.

The back problems listed below may make you especially prone to back spasms as well:[i]

What Can You do for Back Spasm Treatment?

When a back spasm occurs, try to stretch the muscle out to stop the spasm. Applying heat or cold (or alternating them) may also help to soothe the spasm as it’s occurring. You’ll want to elevate your legs (try lying down and putting pillows under your knees, or lying on the floor with your legs up on a chair) to take pressure off your back.

Anti-inflammatory medications are often the next recommended course of treatment, either over-the-counter like Tylenol, aspirin or ibuprofen, or stronger prescription varieties. But as you’re probably aware, these come with some serious consequences. Even aspirin, long revered as safe form of pain relief, is linked to serious gastrointestinal bleeding, kidney damage, stroke, hearing loss and more.

But not all anti-inflammatories are “drugs.” In fact, some of the best ones come right from nature. We regularly receive reports of people tossing their prescription and over-the-counter painkillers in the trash once they try the natural formula known as Heal-n-Soothe®, which contains not one or two … but 12 powerful anti-inflammatory natural ingredients that stop pain fast. This includes:

Each of these natural ingredients is powerful in its own right, but when they’re combined together in Heal-n-Soothe®, they work throughout your entire body to help it fight inflammation, and the result is nothing short of miraculous for back spasms and countless other types of pain.

[i] Cedars-Sinai Medical Center, Back Spasm

3 thoughts on “What are Back Spasms?”

Want the Benefits of Inversion Therapy without the Equipment? Try These Exercises217 Total Shares