You may have felt a bit adventurous when you first tried escargot or frog legs at that fancy French restaurant. If you’re really open-minded, you may have even sampled a chocolate-covered cricket or a bowl of turtle soup. Maybe you’ve also eaten the worm from a bottle of tequila or tried fried alligator …

All will seem tame compared to the following strange foods that people eat around the world. Some of them may even have some health benefits … although it’s up to you whether the benefits are worth it … and we’re certainly not advocating eating all of these. 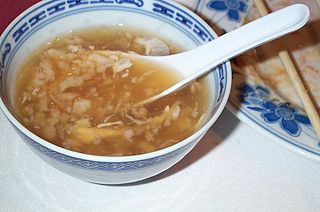 This delicacy — a gelatinous soup — has been eaten in China for centuries. What makes it unique is that its gelatinous texture comes from the nests built by birds called cave swifts. These aren’t any ordinary twig and mud nests … they’re made primarily out of saliva.

Treasured as the “Caviar of the East,” bird’s nest soup is said to enhance libido, help digestion and alleviate asthma — but these benefits don’t come cheap. A bowl of bird’s nest soup can cost anywhere from $30 to $100.

Khash is a traditional Armenian soup thought to be a hearty meal full of nutrients for winter. As such, it’s only served in the winter months, and then only in the early morning as part of a special social ceremony (that also involves consuming generous amounts of vodka). The soup itself is made from boiled cow’s feet, as well as sometimes the stomach and, according to some references, the head. Minced garlic and salt are added just before eating.

It’s just as the name implies … baby mice are added to a bottle of rice wine and allowed to ferment. This traditional beverage of Korea and China is said to be a “health tonic.” (And, yes, you are supposed to eat the mice after enjoying the wine.)

Known as “Peruvian Viagra,” the frog juice blend includes white bean broth, honey, aloe vera, and, of course, a whole frog. In its purest form, it contains just blended frog. It’s said to not only increase sexual stamina but also be beneficial for energy and curing respiratory illnesses.

Guinea pigs have been a part of Andean culture for thousands of years, valued as an inexpensive and healthy source of protein. In Peru, about 65 million guinea pigs are consumed each year; the meat is said to taste similar to dark-meat chicken but with a more sinewy texture. 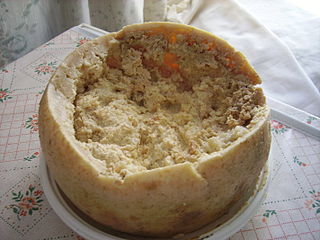 Casu Marzu means “rotten cheese,” and although it’s now banned due to potential health issues, you can still find it on the black market in parts of Italy and Sardinia.

This sheep’s milk cheese isn’t only rotten … it has cheese fly larvae added to it, and as the maggots eat the cheese, fermentation occurs and makes the cheese a particularly oozy, smelly mess. The cheese is traditionally eaten while the maggots are alive. Although this one is linked to more health risks than benefits, due to eating rotten cheese and maggots, we couldn’t resist adding it to the list as it is easily one of the grossest foods out there.

Escamole are a delicacy in Mexico, a nutty, buttery larvae often served up in taco shells with guacamole. The eggs are said to be a rich source of protein, vitamins, minerals and salts, as well as healthy fat. The giant black ants from which escamole come are actually venomous and quite dangerous, which makes harvesting this culinary treat almost as adventurous as eating them.

Many ancient cultures, from Egypt to China to India, embraced the practice of drinking one’s own urine as a health tonic of sorts. Today it’s still popular in Asian countries and even, to a limited extent, in the United States, where supporters claim it may help boost energy levels and sexual performance and even help cure illnesses from colds to cancer.

The theory is that urine, which is 95 percent water and 5 percent excreted vitamins, minerals, proteins and other potentially beneficial substances, may be a beneficial elixir to boost overall health.

Dried lizards are a popular addition to soups in Asian countries. The lizards themselves are not consumed, but rather are allowed to simmer in the broth for hours to impart a special flavor and medicinal properties. Among the reported health benefits of dried lizard soup are enhanced sexual vitality and energy, weight loss, protection against colds and flu, helps cleanse your digestive system and provides valuable nutrients. 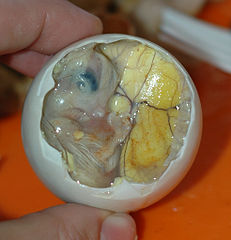 
This popular snack food is often sold by street vendors in the Philippines, the way a hot dog might be sold in the United States. Balut is a boiled egg … but not just any egg — a fertilized egg that contains a chicken or duck fetus that is nearly ready to hatch. When you crack the egg open, you can sip the broth, then eat the yolk and fetus, which is seasoned simply with salt, lemon juice, pepper and coriander, or chili and vinegar.

This Filipino treat is said to boost libido as well as provide a quality source of protein.

Have You Lost Your Appetite Yet?

If you are trying to lose weight, maybe learning about some of these foods has already curbed your appetite … but there is one thing you are very likely NOT getting enough of to control your cravings and burn the pounds: human growth hormone (HGH).

As we get older, the HGH levels in our bodies decline rapidly — from levels of 2,000 micrograms at age 10 to less than 600 at age 21. The National Institute of Health Research notes that this decline causes the body to reach “elderly” levels of HGH by as early as age 35.

Scientists are now finding that maintaining higher levels of the growth hormone for longer may have some outstanding benefits, like lean muscle development and weight loss.

Research shows that men who supplemented with HGH for six months had a 14.4 percent reduction in fat, and a nearly 9 percent increase in lean body mass, which is why you might be interested in learning about ThinMist, which is NOT a synthetic form of HGH, but a way to increase your body’s production of this youth hormone naturally!

ThinMistâ„¢ is a 100% natural way to safely boost your pituitary gland’s NATURAL release of HGH ‘youth hormones’… and unlike many of the weird foods listed above, ThinMist tastes great and is easy to consume, with just a spritz under your tongue three times a day.