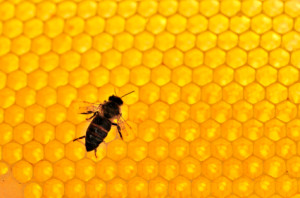 For nearly a decade, beekeepers have been reporting losses of 30-90 percent of their hives. Honeybee losses have always happened … but not like this. In the 1940s, the total number of managed honeybee colonies was about 5 million. Today, that number has been cut in half to 2.5 million.

From 2006 to 2011, the U.S. Agricultural Research Service (ARS) has reported annual losses of about 33 percent a year, one-third of which beekeepers have attributed to colony collapse disorder (CCD), the term used to describe the sudden unexplained bee losses.[i]

“If losses continue at the 33 percent level, it could threaten the economic viability of the bee pollination industry,” ARS noted, which is a $15-billion industry in the U.S. alone if you factor in crop values. Yet, more importantly, bees are pollinators … and without them the world would be a very different place.

A World Without Bees? 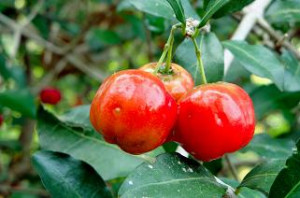 As pollinators, bees are responsible for transferring pollen and seeds from flower to flower, which fertilizes the plant and allows it to produce food. At least 30 percent of crops globally, and 90 percent of wild plants, depend on cross-pollination to survive and thrive.[ii]

This is about far more than just honey. If bee populations continue to dwindle, foods you now take for granted could cease to exist, which, of course, has ramifications not just for your palate but for the very survival of the planet. The National Resources Defense Council (NRDC) complied this list of what bees pollinate.[iii] Imagine a world without them:

Vanishing of the Bees: Why are Bees Disappearing?

If you want to see a first-hand account of how CCD is impacting commercial beekeepers, you can follow the journey of David Hackenberg and Dave Mendes as they try to keep their bees healthy and fulfill pollination contracts across the U.S. in the documentary film Vanishing of the Bees.

“Honeybees have been mysteriously disappearing across the planet, literally vanishing from their hives … Commercial honeybee operations pollinate crops that make up one out of every three bites of food on our tables … this documentary examines the alarming disappearance of honeybees and the greater meaning it holds about the relationship between mankind and mother earth.”

Part of what the film explores, of course, is why the bees are disappearing. There are a number of theories, and none have been concretely proven, however several have emerged as the most likely:

Neonics are a type of systemic insecticide that spread throughout a plant’s tissues, from its pollen to its roots (unlike most pesticides, which are typically applied to a plant’s surface). A committee of 29 scientists, the Task Force on Systemic Pesticides, reviewed over 800 studies and found that neonicotinoid pesticides are not only contaminating soil and water but are proving toxic to pollinators, including bees.

Specifically, it’s been found that the pesticides, which include imidacloprid and clothianidin, may impair bees’ neurological functions, with negative effects on their smell, memory, breeding ability, foraging and food collection.[iv]

A new study from Harvard School of Public Health (HSPH) also found that neonicotinoids significantly harm bee colonies over the winter, with researchers concluding that neonicotinoids are “highly likely to be responsible for triggering CCD in honeybee hives that were healthy prior to the arrival of winter.”[v][vi]

The European Commission has already banned neonicotinoids until more testing can be done, but they’re still used in the US. The National Resources Defense Council (NRDC) has petitioned the U.S. Environmental Protection Agency to withdrawal their approval of neonics given the accumulating evidence that they pose a serious risk to bees.

Monsanto’s genetically modified (GM) corn seeds are one of the crops most commonly treated with neonicotinoids. According to Purdue University:[vii]

“Bees exhibited neurotoxic symptoms, analysis of dead bees revealed traces of thiamethoxam/clothianidin [neonicotinoids] in each case. Seed treatments of field crops (primarily corn) are the only major source of these compounds.”

It’s also been suggested that the Bt toxin found in Monsanto’s GM Bt corn could be involved. As a leading producer of GMOs, Monsanto has much at stake if their products, or the pesticides that go along with them, are deemed harmful to bees.

So they’ve created their own bee research firm (despite the obvious conflict of interest), which will undoubtedly be attempting to clear the biotech giant of any wrongdoing.

Bees are routinely transported across the country in order to pollinate multiple crops in multiple locations. Not only is the transportation itself likely stressful to the bees, but they are often fed honey substitutes (i.e. high fructose corn syrup) while “on the road,” which could contribute to malnutrition (and possibly leave them more vulnerable to pathogens … see below).

Israeli Acute Paralysis Virus, the Varroa mite and other pathogens have all been suggested as a reason for CCD. There is no firm research to show that pathogens are entirely responsible or free from blame, but it’s certainly possible that they’re in some way (or perhaps partially) involved. If not, the chemicals widely used to kill them might be. One interesting fact is that Australia is one of the few places in the world to be free of varroa mite, which attaches to bees like a tick and spreads disease – and Australia has not been affected by CCD.[viii]

Most likely, there are multiple reasons why bees are disappearing, deserving of a multi-faceted (and urgent) solution. As Mother Nature Network reported:[ix]

“Varroa mites were everywhere in North America for nearly 20 years before CCD was first reported. GMO crops came into play the decade after varroa. Neonic pesticides hit the market a decade after that – and CCD followed close behind.

In the meantime, we’ve been urbanizing and monocropping, growing lush grass suburbs and exurbs where there used to be mixed-culture meadows and forests, and we’ve learned how to treat bee yards like any other CAFO (Concentrated Animal Feeding Operation), with cheap inputs available so we can maximize those tasty and profitable outputs.

It’d be an outstanding moment if we found one sole cause of CCD, but as the years go by, it seems less likely that there’s a single factor at the heart of the epidemic.”


What Can YOU Do to Help Save the Bees?

There are many ways to get involved and do your part to help save honeybees:[x]

You can also donate to the Save the Honeybee Foundation, which is conducting a campaign to provide free copies of the Vanishing of the Bees documentary to middle schools and high schools, helping to spread this important message of saving the bees to future generations.

[x] NRDC.org How to Save Honeybees

2 thoughts on “The Vanishing of the Bees: Nature’s Red Alert?”