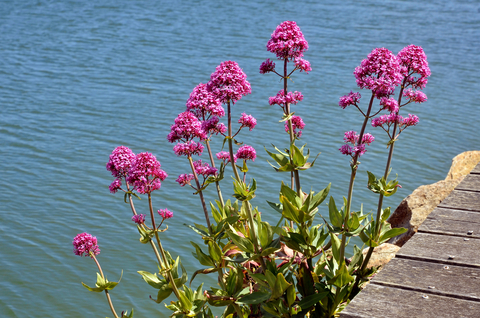 Valerian, a flowering plant native to Europe and Asia, has been valued for its mild sedative properties since ancient times. Hippocrates was among those who described its therapeutic uses, and it was prescribed for insomnia as early as the 2nd century.

It’s thought that insomnia impacts your brain and nervous system, and may increase the amount of gamma aminobutyric acid (GABA), a neurotransmitter known for its inhibitory effect on nerves, essentially helping them to calm down.

Some anxiety medications and hypnotics like Ambien and Lunesta actually work by increasing GABA activity. Valerian may have a similar, though somewhat weaker, effect.[i]

In fact, Germany’s Commission E (the country’s regulatory agency for herbs) has approved valerian as a mild sedative.

Valerian is a Popular Alternative to Sleeping Pills

Sleeping pills are notorious for their side effects and addictive potential, which is why many people prefer Valerian as an alternative. Research suggests the herb is useful for various sleep disorders, helping people to both fall asleep faster and have a better sleep quality. For instance:

Further, according to the University of Maryland Medical Center:[vii]

Other studies show that valerian reduces the time it takes to fall asleep and improves the quality of sleep itself. Unlike many prescription sleeping pills, valerian may have fewer side effects, such as morning drowsiness.”

In short, there’s a reason why people have been using Valerian to help them settle their nerves and sleep well since the beginnings of time … it works!

Valerian’s Other Uses (Anti-Anxiety and Much More)

While most widely known for its role in sleep support, Valerian also shows promise for anxiety relief. One study found no significant differences between Valerian and diazepam (Valium),[viii] and it’s been found that Valerian’s anti-anxiety action is due to its action on GABA receptors.[ix]

Valerian has many other traditional uses as well, including for depression, tremors, epilepsy, muscle and joint pain, menstrual cramps, chronic fatigue syndrome, nervous asthma and ADHD.[x] It’s even been found to improve the symptoms of restless leg syndrome, including decreasing daytime sleepiness.[xi]

In fact, in addition to its sedative properties, Valerian also has the following characteristics:

Valerian is One of the 10 Ingredients in Sleepzyme

If you’re having trouble sleeping, we probably don’t need to tell you that it’s important to address the problem, fast. This isn’t only a matter of having energy, either. Lack of sleep is linked to serious diseases like diabetes, cancer, heart disease, depression, immune system trouble and even weight gain and obesity.

This means that if you’re not getting enough sleep, you’re at an increased risk of acute illnesses like colds and the flu and potentially deadly chronic diseases.

First, make sure that an external issue — like pets in your bed or medications you’re taking — aren’t responsible for disturbing your sleep. If that’s not the problem, you might consider a Valerian supplement, considering it’s been used as a natural (and safe) tranquilizer for centuries. But why stop there?

It also contains a special blend of enzymes uniquely formulated to improve the effectiveness of the botanical ingredients. If you’re serious about getting proper sleep, there’s no better solution on the market. Sleepzyme is mother-nature-approved. It’s all natural, non-addictive and has no negative side effects. Just take 3 capsules approximately one hour before bed each night with an 8 oz. glass of water.

You should experience noticeable improvements in your sleep quality starting the very first night! The sooner you get your first bottle, the sooner you can rest easy.