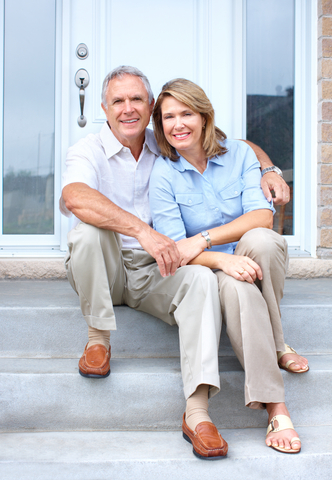 When most people think of enzymes, they typically are thinking of digestive enzymes, which convert the food you eat into small molecules that your body uses as fuel.

Other enzymes, such as maltase and lactase, help to convert certain sugars into glucose while an enzyme known as renin helps you to digest proteins specifically found in milk.

There are also metabolic enzymes, which exist inside your cells, where they work to keep your cells, tissues and organs functioning. Metabolic enzymes are involved in such important biological processes as keeping your heart beating, building bones and healing wounds.

There are actually more than 3,000 enzymes in your body, each with a specific function. You cannot survive without them, as enzymes act as catalysts for countless biological changes that take place in living organisms. Some experts, such as Dr. Edward Howell, believe that you are born with a limited supply of enzyme energy, and if you don’t consume enough enzymes via your diet (in raw foods, for instance), your digestive system will become stressed and unable to properly break down your food. This could lead to a reduced availability of metabolic enzymes, which he believed was at the root of most chronic health problems.[i]

Digestive enzymes are very useful, especially if you suffer from regular gas, bloating, abdominal pain, heartburn or other signs of trouble with digestion. Taking them orally may also help you from becoming deficient and straining your digestive system. But be aware that their benefits are limited to your gastrointestinal (GI) tract. Digestive enzymes do not survive well in your stomach acid (although giving them an enteric coating can help), so after being used for digestion they will provide little other benefit.

Systemic enzymes, on the other hand, are designed to survive your stomach acid, allowing them to enter your small intestine and be absorbed into your bloodstream[ii] — and that’s where the real ‘magic’ happens. Systemic enzymes must be consumed on an empty stomach (if you take them with food, your body may use them for digestion before they have a chance to enter your bloodstream).[iii] As reported by Michael Sellar, editor of Enzyme Digest:[iv]

“Systemic enzyme therapy (SET) refers to enzymes taken by mouth on an empty stomach, which, after absorption, flow throughout the body to wherever they are needed. These make up the metabolic shortfall directly. The most important enzymes for the purpose of SET are the hydrolases, which are mainly proteolytic enzymes, since they have such a wide range of activity in the body.”

“The histological, radiological, biochemical (chromatographical, enzymological), immunological and biological methods have convincingly proven that a part of swallowed enzymes may pass the intestinal barrier in an undamaged macromolecular form and realize their activities in the body. The most important elements able to absorb macromolecules seem to be so called “M-cells” (FAE) which cover lymphoid foci of the organized gut lymphoid tissue.

… The absorbed enzymes are rapidly complexed with naturally occurring blood antiproteases. In these complexes the potential immunogenicity of enzymes is restricted and they are concentrated into pathologically affected areas of the body. Complexes in addition display important immunoregulatory activities.”

What are Systemic Enzymes Good For?

Systemic enzymes fight inflammation and stimulate your immune system, making them useful for conditions such as:[vi]

Beyond this, systemic enzymes have shown promise for:

Here we see a classic example of the usefulness of systemic enzymes, which target multiple pathogenic processes in your body (unlike drugs, which typically only target one). According to Sellar:[viii]

“Aspirin and other non-steroid anti-inflammatory drugs are increasingly favoured in the treatment and prevention of heart disease. Antibiotics have also been shown to offer protection. With systemic oral enzymes we can get the benefit of drugs without their side effects and long-term dangers. They can help control inflammatory processes by lowering elevated inflammatory markers and boost many components of the immune system to fight bacterial and viral infections.”

“Numerous publications reveal that oral proteolytic enzymes are able to stimulate directly the activity of immune competent cells as well as to increase efficiency of some of their products.”

Systemic enzymes are also being studied for a wide range of other uses, from multiple sclerosis to anti-aging effects. Sellar noted:[xi]

“Systemic oral enzymes have been shown over the last 30 years or more, in both research studies and in clinical practice, to be effective anti-inflammatory and immune-stimulating agents which have applications in a wide array of health problems ranging from sports injuries to cancer.

They appear to be at least as efficacious as non-steroid anti-inflammatory drugs without their side effects, complications, toxicity and risk of long-term health problems, including death. Such drugs provide symptomatic relief but do nothing for the underlying disease process. They may actually inhibit healing. Oral enzymes are safe and effective and set the stage for genuine healing to take place.”

Proteolytic enzymes are naturally produced in your pancreas, but your natural production declines with age; these inflammation-busters become largely depleted as you hit 40 and over. In fact, a newborn baby has 100 times more enzymes than an elderly person, and even a 20-year-old has double the enzyme levels of a 70-year-old. If you have blood-clotting disorders, chronic fatigue, high cholesterol, obesity or other chronic health ailments or even grey hair, these could be signs that you’re already enzyme deficient.

If you don’t eat perfectly (including raw foods on a daily basis), the chances that your body is lacking in these crucial catalysts is even higher.

Fortunately, there’s Heal-n-Soothe®, the best systemic enzyme formula to replenish your body’s supply of vital enzymes. Heal-n-Soothe® not only gives you the healing power of systemic proteolytic enzymes in a convenient capsule but it also goes where no other proteolytic supplement has or will with … 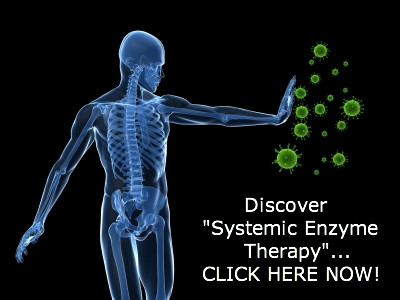 3 thoughts on “Systemic Enzymes vs. Digestive Enzymes: Which Do You Really Need?”