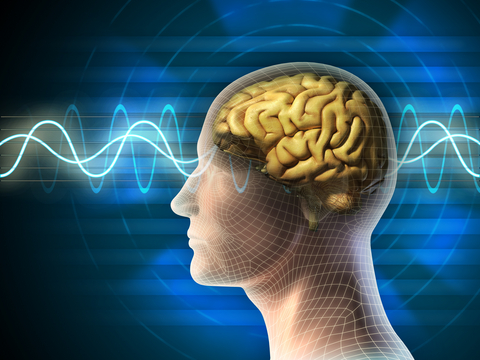 Your body requires millions of biochemical reactions to keep you alive day-in and day-out. These reactions wouldn’t be possible without enzymes, which can perform up to several million catalytic reactions per second.[i]

The enzymes work by speeding up these biochemical reactions significantly – keeping a pace that’s fast enough for your very survival.

While your body does manufacture enzymes (trillions of them), this manufacture slows down with age, declining at a rate of up to 13 percent per decade after you reach puberty. Eventually, you will likely reach a state of enzyme deficiency, and this time may coincide with many symptoms and conditions blamed on “aging.”

Among them, declining brain health, forgetfulness and even dementia including Alzheimer’s disease may be influenced by a lack of the crucial catalysts, enzymes, your body needs for survival.

There are more than 35 million people worldwide struggling with dementia, and this number is expected to double by 2030 and more than triple by 2050.[ii] The most common form of dementia is Alzheimer’s disease, a degenerative brain disorder that affects your memory, behavior, cognitive function and ability to carry out daily activities.

It’s thought that Alzheimer’s disease results from a combination of genetic, lifestyle and environmental factors. Your diet is thought to play a role, as does your age and, likely, exposure to toxins such as heavy metals.

People with Alzheimer’s disease typically show two types of abnormalities in their brains:[iii]

In short, brain damage from Alzheimer’s disease appears to be caused by the development of abnormal fibrous protein clumps called amyloid plaques, tangled bundles of fibers called neurofibrillary tangles and the resulting loss of connections between neurons in the brain.

Research by the Mayo Clinic revealed an enzyme known as BACE2 destroys beta-amyloid protein, which makes up toxic beta-amyloid plaques. According to the study, published in Molecular Neurodegeneration:[iv]

“Based on its high catalytic efficiency, its ability to degrade Aß [amyloid ß-protein] intracellularly, and other characteristics, BACE2 represents a particularly strong therapeutic candidate for the treatment or prevention of AD.”

Nattokinase, an enzyme extracted from a specially fermented soy, has also been found to degrade amyloid fibrils that form deposits in the brains of people with Alzheimer’s disease.[v] Researchers noted:[vi]

“The discovery of an enzyme which can be safely taken orally and can degrade amyloid fibrils could be very useful in the therapy of amyloid-related diseases.”

If You Have Hardening of Your Arteries, You’re More Likely to Have Plaques in Your Brain

The health of your heart is intricately interwoven with that of your brain. Recent research revealed, for instance, that people with hardening of their arteries (and high blood pressure) were more likely to have brain plaques associated with Alzheimer’s disease.[vii]

Specifically, for each unit increase in arterial stiffness, people in their 80s were twice as likely to have beta-amyloid plaques in their brain. The study’s lead author noted:[viii]

“This is more evidence that cardiovascular health leads to a healthy brain.”

Chronic inflammation — the result of many years of poor diet, inactivity, excess alcohol, cigarette smoking, excessive stress and other unhealthy lifestyle — causes a buildup of arterial plaque inside your arteries, narrowing the channel for blood to flow through and spiking your blood pressure.

These arterial plaques secretly lining your veins and clogging your arteries are made of fats and cholesterols held together by a fibrin mesh. Fibrin is a protein used to repair wounds, deposited while the area remains in an inflammatory state – your body’s natural response to injury, making chronic inflammation a leading risk factor for heart disease.

Maintaining high levels of proteolytic enzymes throughout your body is absolutely critical for your cardiovascular health. They not only help prevent arterial plaque from forming by putting the brakes on runaway chronic inflammation, they also help remove plaque that has already accumulated by breaking down the fibrin mesh holding the plaque together.

Fibrin is a protein and proteolytic enzymes are proteases – the type of enzymes that break down proteins. Proteolytic enzymes dissolve the actual fibrin bonds holding arterial plaque together so it can be safely whisked away for disposal.

Yet, Alzheimer’s disease is also thought to be worsened or triggered by chronic inflammation, which is known to increase the generation of amyloid-beta protein.[ix] This suggests that fighting chronic inflammation with systemic enzymes might not only be beneficial to your heart … but to your brain as well.

Both digestive and systemic enzyme therapies may help prevent and lessen the impact of Alzheimer’s disease. Digestive enzyme therapy can support the absorption of vitamins and minerals for improved nerve communication while supplementing with systemic proteolytic enzymes, which enter your bloodstream and travel throughout your body, may help remove heavy metals, reduce inflammation and break down excess fibrin. As reported by Michael Sellar, editor of Enzyme Digest:[x]

“Systemic enzyme therapy (SET) refers to enzymes taken by mouth on an empty stomach, which, after absorption, flow throughout the body to wherever they are needed. These make up the metabolic shortfall directly.”

Remember, proteolytic enzymes are naturally produced in your pancreas, but your natural production declines with age.[xi] Hydrochloric acid in your stomach is also reduced with age, and this is another variable, as hydrochloric acid plays a role in activating enzymes.

So what can you do? It’s important to include raw foods in your diet to help replenish some of your body’s enzyme stores naturally, however for therapeutic effects you’re going to want Heal-n-Soothe, the best systemic enzyme formula to replenish your body’s supply of vital enzymes (now with double the enzymes).

19 thoughts on “How Systemic Enzymes Fight for Your Brain Health”