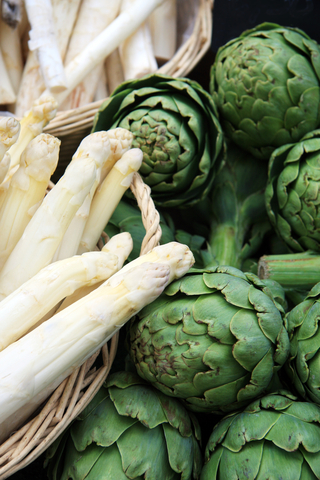 Probiotics, also known as beneficial bacteria, have hit the mainstream market with gusto, and can now be found not only as supplements in health food stores but also are added to popular foods like yogurt, protein bars, kefir and even ice cream.

With revenues of $1.3 billion, and about 150 companies already devoted to the probiotics market in North America alone,[i] the stage is set for these functional foods to really take off.

In case you haven’t heard, probiotics are most widely known for optimizing the microflora in your gut, thereby enhancing digestive health. But they have also been highlighted as beneficial for a laundry list of other health conditions, from diabetes and mental health issues to obesity.

While recognition for probiotics is growing strong, their lesser-known “cousins,” prebiotics, are much less talked about — but they deserve their own fair share of the limelight.

Prebiotics are the “Food” for Your Probiotics

There is some evidence that prebiotics may, directly or indirectly, benefit your immune system, [iii] as well as improve gastrointestinal health and possibly enhance the absorption of minerals like calcium and magnesium. Their primary role, however, at least as it’s been discovered so far, is to promote the growth of beneficial bacterial, allowing you to reap their full protective benefits to your health.

In addition to improving your digestive health, emerging evidence suggests enhancing the proliferation of probiotics in your gut, which prebiotics have been proven to do, may benefit:

What are the Best Prebiotic Foods?

The dietary fiber inulin (or fructan) is one of the most common types of naturally occurring prebiotics. Inulin is found in many root vegetables, including:

Another common source of prebiotics, which is often added to supplements and prebiotic-fortified foods, is FOS, or fructo-oligosaccharides. Both Jerusalem artichokes and chicory root are excellent natural sources of FOS, if you would like to get them from dietary sources instead of supplements. Bananas and whole grains also contain some prebiotics.

By making sure you are giving your body’s beneficial microorganisms proper “food” (prebiotics stimulate the growth of more than just probiotics, per say), you can help support the living “ecosystem” in your gut, and ensure the bacteria your body needs to thrive will overpower those that cause disease. For another effective way (perhaps the most effective way) to eliminate harmful bacteria — and parasites — from your body, check out the five-step process outlined in this absolutely FREE book some call the “natural health bible” …