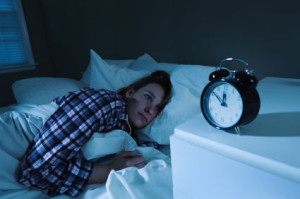 You know that heavy, foggy feeling you get in your head after a night of too little sleep? It’s not a coincidence – your brain really is ‘hurting.’

Even one bad night’s sleep can cause changes in your brain similar to those that occur if you’re hit in the head.[i] Specifically, both poor sleep and head injury lead to a spike in body chemicals associated with brain damage.

As you might suspect, if one night of sleep loss can damage your brain, so, too, can chronic sleep trouble. When researchers took MRI scans of adult brains, they found people with sleep problems had a more rapid decline in brain volume during the 3.5-year study. In essence, it appears lack of sleep may shrink your brain.[ii]

Other research has shown similarly disturbing data. One study by Penn Medicine researchers revealed that lost sleep leads to injury to, and loss of, neurons, including those important for alertness and optimal cognition.[iii][iv]

What’s more, you may not be able to recover from the damage by ‘catching up’ on sleep. Virtually anyone who is chronically sleep deprived – shift workers, nurses, students, truckers, parents with young children, etc. – may be potentially at risk of lasting brain damage. Sigrid Veasey, MD, associate professor of medicine and one of the study’s authors noted:[v]

“In general, we’ve always assumed full recovery of cognition following short- and long-term sleep loss … But some of the research in humans has shown that attention span and several other aspects of cognition may not normalize even with three days of recovery sleep, raising the question of lasting injury in the brain.”

If you have trouble sleeping, don’t wait to make changes. In addition to brain damage, lack of sleep is linked to weight gain, diabetes, cancer and heart disease. It can even dampen your immune system and contribute to pain. To get a better night’s sleep, starting tonight, try:

3. Turning Off Your Electronic Gadgets

Blue light emitted by many popular electronic gadgets, including smart phones, tablets and even your television, may suppress melatonin, a light-sensitive hormone that that promotes sleep.[vi] People who use such devices in the hours before bed take longer to fall asleep, feel less sleepy at night and feel more tired the next day than people who read a print book before bed.[vii]

Regular exercise has been shown to improve sleep quality, mood and quality of life in people with insomnia.[viii] Exercise is so conducive to restful sleep that it’s often described as a natural treatment for sleep troubles.

You can sleep better the very first night you try Sleepzyme®, which contains the natural sedative Valerian plus nine other proven, all-natural sleep aids. This includes:

It also contains a special blend of enzymes uniquely formulated to improve the effectiveness of the botanical ingredients. If you’re serious about getting proper sleep, there’s no better solution on the market. Sleepzyme is mother-nature-approved. It’s all natural, non-addictive and has no negative side effects. Just take 3 capsules approximately one hour before bed each night with an 8 oz. glass of water, and let nature do the rest.