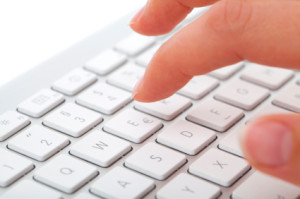 Any type of prolonged, repetitive or awkward movement can cause damage to your muscles, tendons and nerves, leading to varying degrees of pain, weakness and numbness. In the modern day, the resulting repetitive strain injury (RSI) (also sometimes called repetitive stress injury) is often the result of computer usage – but that’s not all.

The Bureau of Labor Statistics reports that manufacturing workers report the majority of RSI cases, although office workers are quickly catching up. RSI, and the resulting repetitive strain syndrome (RSS), are nothing new, however. There are reports dating back to the 17th century of people suffering from “milkmaids’ arm,” and later, in the early 1900s, telegraph operators often complained of “telegraphists’ cramp.”[i] Other historical references to RSI include:

Today, you’re much more likely to see RSIs in relation to technology than milking cows – but the ailment, and its related pain, is the same. Doctors are even adding “texting thumb,” “texting tendonitis” and “Blackberry thumb” to their list of diagnoses, right alongside the old standbys like tennis elbow and carpal tunnel syndrome. And frequently, it’s job-related activities that lead to RSI. Health Day reported:

“According to the Occupational Safety and Health Administration (OSHA), RSI affects some 1.8 million workers per year. One government study puts the cost of RSI between $17 billion and $20 billion a year.

… One of the many possible causes of RSI is that the tendons can become irritated as they slide around bones and against tissues. In such cases … the wear and tear can cause painful inflammation of the tendons, which will not heal without rest.”

RSI is a broad term used to describe many types of repetitive motion injuries. Eight of the most commonly reported RSIs include:[ii]

You may have noticed a trend in the various types of repetitive strain injuries and that is inflammation. Inflammation is strongly linked to most forms of chronic pain and is responsible for the tenderness, throbbing and aching that RSIs typically cause.

So, first, if you’re suffering from pain, tingling, weakness or numbness caused by repetitive motion, it’s a sign that you need to take a break from this activity in order for healing to occur. Meanwhile, Heal-n-Soothe is an all-natural solution that will end the inflammation and stop pain, permanently.

Each Heal-n-Soothe capsule contains a blend of nature’s most powerful anti-inflammatories, which includes proteolytic enzymes. Proteolytic enzymes are a type of digestive enzyme that help digest animal proteins. What makes them unique and extremely powerful is that proteolytic enzymes can migrate to other parts of your body, such as your bloodstream, where they literally seek and destroy other protein “danger zones,” like scar tissue, hardened proteins and blood vessels packed with fibrin.

This is particularly important in relation to RSIs, because virtually every repetitive motion injury has accumulated scar tissue that must be cleared for proper healing and pain relief. These powerhouse enzymes work systemically to not only fight inflammation in your body but also ‘eat away’ at the built-up scar tissue, making them a key pain-fighter you need in your arsenal. If you’re past your 30s, your supply of proteolytic enzymes is likely not what it used to be; if you’re past 40, there’s a good chance you’re already deficient. If you’re in pain, this could very well be the reason why.

If you’re ready to ditch your pain, give Heal-n-Soothe a try (now with 2X the proteolytic enzymes!).