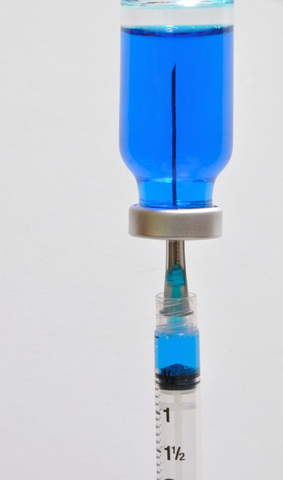 Hundreds, and by some reports thousands, of people who thought they were receiving a reliable form of relief from their back pain are now facing the risk of a deadly disease: fungal meningitis.

If you have received a common steroid injection for back pain recently, from July through October, please follow this especially closely… and please SHARE THIS by clicking above and pass this on to any friends and family to whom this may pertain…

The steroid injections in question are preservative-free methylprednisolone acetate, made by the New England Compounding Center of Framingham, Massachusetts. Nearly 18,000 single-dose vials, from three lots, have already been recalled, indicating that many, many more people may have already been exposed.

The apparently fungus-contaminated steroids were sent to 75 clinics and other health care facilities in 23 states from July to September. Hundreds, perhaps thousands, of people have already received shots from these contaminated vials.

Fungal meningitis, while not contagious like other forms of the disease, is potentially fatal and causes severe headache, nausea, dizziness, fever and stroke-like symptoms (numbness, weakness) due to an inflammation of the lining of your brain and spinal cord. It is often caused by a common leaf mold; investigators found an unidentified fungus contaminating a sealed vial of the steroid at the New England Compounding Center.

Symptoms may be subtle at first and can take up to four weeks to emerge following the initial exposure, so experts are concerned that the outbreak is only beginning.

If you have received a steroid injection for back pain, contact your health care provider immediately to find out if it came from a contaminated lot.

While some are suggesting patients simply watch for meningitis symptoms and report to the ER immediately if they occur, others are urging patients to start anti-fungal therapy as soon as possible, even if symptoms have not yet developed.