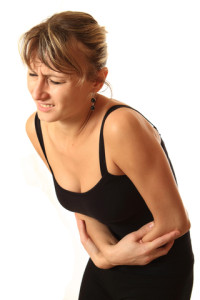 Interstitial cystitis, or painful bladder syndrome, makes you feel like you need to urinate frequently, even when there’s only a small amount of urine in your bladder. It causes symptoms including bladder pressure, bladder pain and pelvic pain that can be severe.

Some people describe it as having a chronic urinary tract infection, although if you’re tested your urine culture will come back negative (and bacteria-free). However, there are some distinguishing symptoms:[i]

The exact cause of interstitial cystitis is unknown, but it may be due to a defect in the epithelium (the bladder’s lining), which could allow toxic substances in your urine to irritate your bladder wall. Other potential causes include an autoimmune reaction, infection or allergy, according to the Mayo Clinic.[ii]

Yet, technically interstitial cystitis is a chronic inflammation of your bladder wall. This is one reason why nonsteroidal anti-inflammatory drugs (NSAIDs) are often prescribed to people with this condition (along with antidepressants, antihistamines and Elmiron, which is a drug approved specifically for interstitial cystitis.

Other common treatments include nerve stimulation, bladder distention (to try and stretch the bladder) or, rarely, surgery. Sometimes drugs are even instilled directly into your bladder via a catheter.

The problem is that these treatments are not always effective, and they might require you to be on medications long-term. More natural treatment options include bladder training, in which you urinate at set intervals, or dietary changes to eliminate bladder irritants. The latter may be most effective of all, because your diet plays a large role in either driving or reducing the inflammation that underlies interstitial cystitis.

William Wong ND, PhD, member of the World Sports Medicine Hall of Fame, believes that interstitial cystitis begins was a bladder infection that never entirely goes away. He explains:[iii]

“The infection may become “sub clinical” in other words you think it’s gone but it has really just been weakened but is still hanging around. The infection can travel to the kidneys, it can burrow deep into the lining of the bladder eating away at the deep tissues. The low level infection causes inflammation which itself creates fibrosis [scar tissue]. Inflammation is the reason for 95% of all pain.”

People with interstitial cystitis are often told there is no cure and many deal with pain and debilitating symptoms on a daily basis, seriously impacting their quality of life. If you struggle with this condition, you should not hesitate to try healing it at the foundational level using systemic enzymes, which help to both reduce inflammation and break down scar tissue (including fibrin, which makes up scar tissue).

Dr. April Hernandez of Atlanta, Georgia shared a case report of one women with interstitial cystitis, who had a reduction in pain within days of starting systemic enzyme therapy. According to Dr. Wong:[iv]

“Within days of beginning the systemic enzyme therapy, the patient had a reduction in her pain. Lessening more and more as the weeks progressed. The mucous coating of the urinary bladder became more ‘flexible’, the layers of mucosa were healing and the patient was capable of holding a greater volume of urine. This demonstrated that the mucosa had healed to the point of producing the mucous needed to protect the lining of the organ from the acid of the urine. The acidic urine could no longer infiltrate into the underlying muscle and irritate the sensory nerve endings (the mechanism of pain in IC [interstitial cystitis]).”

Systemic enzymes are unique because they enter your bloodstream, where they are able to target multiple pathogenic processes in your body (unlike drugs, which typically only target one). As mentioned, in the case of interstitial cystitis this includes relieving inflammation and breaking down scar tissue, which could help to relieve your pain. Dr. Wong explained:[v]

“Interstitial Cystitis (IC) patients are given no hope of relief by conventional therapy. No hope to ease the pain, no hope for normal urinary function, no hope for a normal “everyday” life … Systemic enzymes can now provide hope. With over 5 decades of medical use in Central Europe and Japan and over 200 peer-reviewed studies, the mechanism of action of the proteolytic enzymes as therapeutic agents is well understood. And, this mechanism of action fits well with the needs to protect and heal tissue, reduce inflammation and lyse away at fibrosis as is needed by chronic … IC patients.”