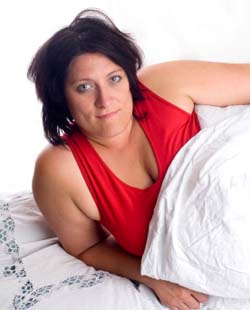 Overweight? It might be your bed that's making you fat…

Ever feel like anything you do makes you fat?

Don’t get me wrong. Sleep is important for both good health and keeping weight off.

In fact, a large-scale study published in the American Journal of Epidemiology showed that women who got only five hours of sleep were a third more likely to gain an extra 30 pounds than those who slept seven hours a night over the course of the study.

But even if you’re getting a full eight hours a night, the bed you’re sleeping on could be sabotaging your health – and your waistline.

Out With the Bad, In With the… Bad?

Researchers from four major universities across the United States collaborated to discover that Firemaster 550 is an endocrine disruptor.

What is Firemaster 550? What is an endocrine disruptor? And why should you care?

Firemaster 550 is a flame-retardant mixture of four primary chemicals added to polyurethane foam products to meet stringent fire safety standards like California Technical Bulletin 117. It was developed to replace other fire retardants being phased out due to safety concerns.

Only no one really knew for sure if the new stuff was any safer than the old.

The old fire retardants were known endocrine disruptors, which is a fancy way of saying exposure to them screws with your hormones. Specifically, they disrupt thyroid function.

Well guess what? So does Firemaster 550.

Too bad for consumers its been on the market for five years already.

How Your Mattress Makes You Fat

Researchers knew before the study that Firemaster 550 had endocrine disrupting chemicals. But this was the first time any publicly available safety research had been performed.

In their controlled study using rats, the researchers discovered rats that ingested Firemaster 550 had numerous side effects: early female puberty, hardening of the heart muscle in males, and extreme weight gain.

Rats exposed to Firemaster 550 exploded to a full 30 to 60 percent heavier than the unexposed control group.

Before you think you’d need some strange addiction to eating couch cushions to be affected, hang on.

The rats exposed at the highest levels in the study received less exposure than you or I would in the average home with furniture using Firemaster 550 treated products.

You see, we ingest the stuff just by breathing in and swallowing the toxic dust formed from the treated foam inside the mattresses, cushions and pillows in our home.

The #1 Way to Keep Your Mattress From Making You Fat

Unless you live a rustic lifestyle, you may never know if you have all of the Firemaster 550 treated products out of your house.

But you can limit the #1 influencer of weight gain from this endocrine disruptor by simply using a better mattress and pillow.

Remember, you spend every night with your face near or even buried in your pillow and mattress. A natural organic mattress is your best bet for avoiding health problems and weight gain from your bed.

I know replacing your existing mattress can be pricey and may not be your first priority, but when it’s time to start looking at mattresses again definitely take a few minutes to look through my free natural organic mattress buyers guide.

In the meanwhile, there’s still one more thing you can do to make at least a modest improvement in how much toxic dust you breathe in every night as you sleep…

Get a new natural organic pillow.

Because just like pain relievers and back pain treatments, when it comes to your health… natural is simply better.

Not Ready to Replace Your Mattress?
Start by Replacing Your Pillow!