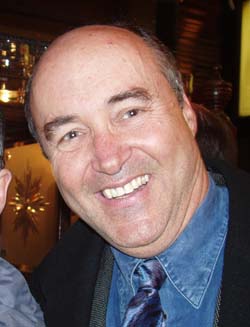 Dana Ullman is one of America’s leading advocates for homeopathy

Editor’s Note: Don’t miss Jesse’s special one-on-one interview with Dana Ullman all about homeopathic medicine! See how to listen free at the end of this article!

Have you ever wondered what that stuff is coming out of your nose when you have a common cold? Such nasal discharges are composed of dead viruses that were killed by the body’s defenses, dead white blood cells that were killed as a result of the infection, and a liquid substance known as mucus which the body deploys as a vehicle to remove this dead matter.

If you take a conventional over-the-counter drug for the common cold, these drugs “work” by reducing the body’s ability to create mucus, which simply inhibits the body’s own efforts to eliminate its dead viruses. Although these conventional drugs may stop the nasal discharge temporarily, the side effects of these drugs are that they lead to bronchial congestion, headache and fatigue, which can be more problematic and discomforting symptoms than the original simple nasal discharge.

The lesson here is that just because a drug is effective in getting rid of a symptom does not necessarily mean that this treatment is truly curative (or even helpful).

Wisdom of the Body

The basic assumption behind the broad field of natural medicine is that the human body has an inherent wisdom within it that strives to defend itself and to survive. Symptoms of illness are not simply something “wrong” with the person, but instead, symptoms are actually responses and efforts of the organism to defend and heal itself against infection and/or stress. Hans Selye, MD, PhD, the father of stress theory, once asserted, “Disease is not mere surrender to attack but also the fight for health; unless there is a fight, there is no disease.”

Our human body has survived these thousands of years because of its incredible adaptive capabilities, and one of the ways that it adapts is through the creation of symptoms. Whether it be through fever and inflammation, cough and expectoration, nausea and vomiting, fainting and comatose states, and even the variety of emotional and mental states, each symptom represents the best efforts of the bodymind to fight infection and/or adapt to physical and psychological stresses.

Although symptoms may be the best effort of the organism to defend itself at that time, it is not usually effective to simply let the body try to heal itself. Most often, some treatment must be provided to help nurture, nourish, and augment the body’s own wisdom. The challenge to physicians, healers and patients is to determine when to help aid this inner wisdom of the body and when to intervene to make certain that the body does not harm itself.

The word “symptom” comes from a Greek root and refers to “something that falls together with something else.” Symptoms are a sign or signal of something else, and treating them doesn’t necessarily change that “something else.” Ultimately, a symptom is a signal, a warning light that something is off balance. It is akin to an oil warning light in your car. Although this light will go off if you unscrew the lamp, this simple action doesn’t solve the more complex problem that led to the light turning on in the first place.

In 1942, medical doctor Walter B. Cannon wrote a seminal book entitled The Wisdom of the Body. This book, which is a classic in medicine, detailed the impressive and sophisticated efforts that the body deploys to defend and heal itself.

Many leading scientists, including the late Dr. Hans Selye, have taken Cannon’s work further, recognizing that symptoms are actually efforts of the organism to deal with stress or infection. And even more recently, Randolph Nesse, MD, and George Williams, PhD, authored “Why We Get Sick: The New Science of Darwinian Medicine,” in which they link the important role that symptoms and disease play in the evolution of the human body. Nesse and Williams show how our symptoms and seemingly normal body functions work as important defenses:

Without having to tell the bodymind what to do, our innate survival instinct has developed sophisticated responses to both old and new infections and stresses.

Concepts in new physics offer further support for the notion that living and non-living systems have inherent self-regulating, self-organizing and self-healing capacities. This ongoing effort to maintain homeostasis (balance) and to develop higher and higher levels of order and stability have been described in detail by Nobel Prize-winning physicist Ilya Prigogine in “Order Out of Chaos,” Fritjof Capra in “The Turning Point” and Erich Jantsch in “The Self-Organizing Universe.” In systems thinking, “perturbations” are understood as efforts of a system to re-establish balance and to increase its complexity so that there is greater dynamic homeostasis.

The implications of recognizing that symptoms are efforts of the body to defend itself are significant. Because some conventional drugs work by suppressing symptoms, these drugs tend to provide helpful temporarily relief but tend to lead to other new and more serious problems by inhibiting the body’s defense and immune processes. Such drugs should be avoided except in dire situations or in extreme pain or discomfort when safer treatments are not working fast or adequately enough.

Because symptoms are adaptations of the body in its efforts to defend and heal itself, it makes sense to use treatments that mimic this wisdom of the body. Ultimately, homeopathic medicine is a well-known therapeutic modality that honors this wisdom of the body. Homeopathy is a type of “medical biomimicry” that uses various plant, mineral and animal substances based upon their ability to cause, in overdose, the similar symptoms that the sick person is experiencing.

It may be no coincidence that two of the very few conventional medical treatments that augment the body’s own immune system are immunizations and allergy treatments, and these drug treatment modalities “coincidentally” derive from the homeopathic principle of similar (treating “like with like”).

By using a medicine that causes similar symptoms as those of the sick person, the medicine is akin to being a “medical aikido” (the martial art that seeks to match and mimic the force of the attacker against the attacker).

It is not surprising that so many Eastern spiritual teachers have been trained in homeopathy or have simply become advocates for it. Swami Satchidananda and Swami Rama were formally trained in homeopathy, while Sri Aurobindo, Meher Baba, Jiddu Krishnamurti, Yogai Bhajan, Swami Muktananda and Sri Chinmoy have been known to seek homeopathic care or advocate for it. The fact that many of these spiritual teachers also believe that life problems are not really “problems” but are opportunities for learning is part and parcel of the idea that symptoms are defenses in the body’s efforts to learn how to adapt to the world around us.

The Latin words, “vis medicatrix naturae” make reference to “the healing power of nature,” and these words and concepts form the basis for naturopathic medicine. Despite maintaining a healthy respect for the healing power of nature, neither naturopaths nor homeopaths think that it is effective to just let the body heal itself. Usually, it is necessary to give the body specific tools/treatments that help in this healing process. Homeopathy and other natural medicines that nourish and nurture the body’s own wisdom are good first steps to initiate a true healing beyond just symptomatic relief.

And when you consider that the most famous words from Hippocrates were, “First, do no harm,” it seems that Hippocrates was instructing us all to first try safer methods before resorting to the big guns of more dangerous conventional medical methodologies.

This article first appeared in the June 2012 issue of Live Pain Free.

Every month Jesse interviews a guest expert on a variety of natural health and pain relief topics – and sends it to every Live Pain Free member on audio CD along with their monthly issue jam-packed with cutting edge health and wellness information.

Now Jesse would like to invite YOU to enjoy a FREE month trial membership to Live Pain Free. You’ll find the Dana Ullman interview along with numerous other interviews, videos and every back issue of Live Pain Free immediately accessible on your member website.

And just to thank you for giving Live Pain Free a try, we’d like to send you three special reports plus our complete 2-CD set, The Complete Healing Formula (a $79 value)… FREE! (You only cover the small shipping fee.)

Dana also authored an ebook that is a continually growing resource to 200+ clinical studies published in peer-review medical journals testing homeopathic medicines. This ebook combines the descriptions of these studies with practical clinical information on how to use homeopathic medicines for 100+ common ailments. This ebook is entitled Homeopathic Family Medicine: Evidence Based Nano-pharmacology, and it is an invaluable resource.

1 thought on “Homeopathy: The Wisdom of Symptoms”