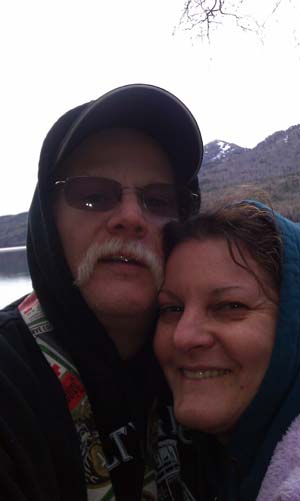 When Dave started taking Heal-n-Soothe®, the first thing he noticed was it ended the nausea and stomach pain caused by his pain meds almost overnight.

For Dave, that alone was enough to continue taking it. But the real surprise came a few months later.

Having had two lower back surgeries, Dave’s regular doctor and others he consulted all told him he would require another round of surgery to remove the two golf ball-sized lumps of scar tissue on both sides of his spine.

Even though they caused him sciatica pain so bad he couldn’t walk at times, he wasn’t looking forward to another surgery.

Fast forward to a recent night after he had been taking Heal-n-Soothe® for a few months.

Feeling around his lower back, Dave suddenly realized he could no longer find the lumps. Scar tissue that, last time he checked, anyone could see protruding from his back.

“Hey, come in and check this out. See if you can find those knots,” he called to his wife, a licensed massage practitioner.

It took her a few minutes of searching just to find the scar tissue. They were reduced to the size of a dime and difficult to find.

Thinking back, it struck Dave, he no longer had the tremendous pain in his lower back and other parts of his body. He had grown so accustomed to severe pain, that as it gradually diminished it became such a small part of his life he hadn’t realized until that moment how much better he was now feeling.

“At that time I knew the product worked,” Dave says. And, he continues, it “really does diminish scar tissue. I am a believer in this therapy.”

When he spoke with Steve Hefferon to share his results, Dave explained he was already familiar proteolytic enzymes before he received the bottle of Heal-n-Soothe® from his wife.

In fact, Dave uses proteolytic enzymes along with other enzymes in his business, Alaskan Organics, to create organic plant food from fish waste byproducts. He uses them to naturally break down anaerobic bacteria that fish waste will create, allowing him to be 100% organic.

“[Knowing] they were effective in getting rid of bad bacteria, that caught my attention right off,” he says. 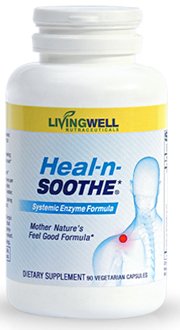 Give Heal-n-Soothe® a try for yourself!

Dave is a firm believer in herbal medicine, having used it at a Mexican cancer clinic to beat kidney cancer without the harsh chemicals and surgery his American doctors had insisted on. So it was the other ingredients in Heal-n-Soothe® that really sold Dave on giving it a try.

“Without even looking at the enzymes and looking into the enzymes and what they did I knew from the other stuff in there that it was bound to be beneficial. And I was right.”

He credits the ginger with helping his stomach ailments.

He already uses Mojava yucca in his microbrial tea (for plants), as it opens the stomata and allows the uptake of nutrients. He was also familiar with how the saponins in Mojave yucca would help his own body receive the other ingredients and nutrients in his supplements.

Mojave yucca is known in its own right as an immune system stimulator, too.

And Dave raves about the turmeric in Heal-n-Soothe®.

“It kills 10,000 times more cancer cells than chemotherapy. That was another big reason for me to take it. I did have cancer cells present in my body. I actually went down to Mexico for the treatment because here all they wanted to do was immediately operate and put me on chemotherapy. I’m completely against chemicals, any kind of chemicals, whether used for plants or humans.”

Now that Dave has found Heal-n-Soothe®, it’s unlikely he’ll have to.

Today, Dave strums a new tune and shares his results with family, friends and anyone who’ll listen. He gets around much better. Experiences very little pain compared to before. And credits his success to Heal-n-Soothe®.

Click here to try the healing power of Heal-n-Soothe® for yourself! 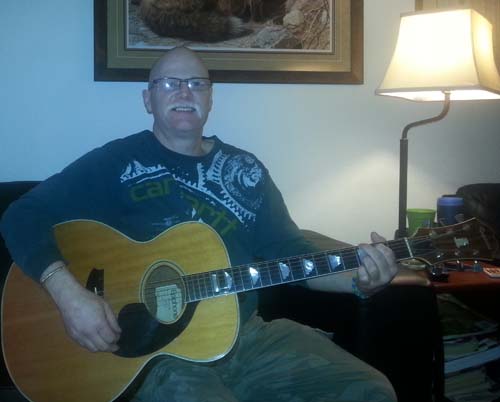