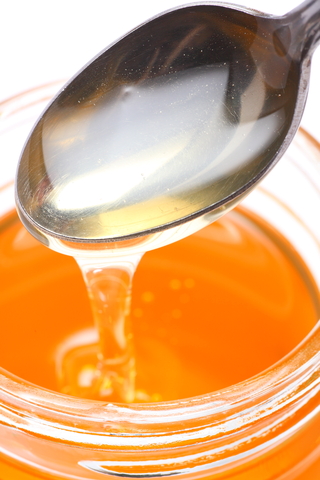 Fructose, a simple sugar found in fruits, honey, maple syrup and certain natural sweeteners like agave, has long been touted as a healthier way to satisfy your sweet tooth — at least when it’s found in natural form, such as fresh fruit.

Yet, fructose may not be the healthy form of sugar that you believe it to be, as a growing number of experts suggest it may behave very differently in your body than regular ‘table’ sugar.

While there is no definitive answer yet as to whether or not fructose is worse for you than other forms of sugar, there is some reason to suggest caution in its consumption (and I’m not only referring to high-fructose corn syrup (HFCS), either).

The Difference Between High-Fructose Corn Syrup and Pure Fructose

From the fructose perspective, then, HFCS may be similar in toxicity to table sugar. That being said, there is some research showing that fructose in liquid form may be worse for you than when it’s consumed in a solid food — and this may explain why so many studies suggest HFCS in soda may be linked to chronic disease (despite its similar fructose content to table sugar).

What is important in the fructose debate, however, is that if fructose is indeed toxic, then it’s potentially toxic in all its forms, including in honey and agave sweetener (which actually has one of the highest fructose contents of all sweeteners). HFCS is problematic too, though, especially because many consume it in such large amounts.

Fructose is “Alcohol Without the Buzz”

Dr. Robert H. Lustig, a professor of pediatrics and an obesity specialist at the University of California, is one of the forerunners in the campaign against fructose. His controversial research suggests that fructose may be damaging in unique ways as compared to glucose (which is used by every cell in your body). The key problems can be summed up as follows:[i]

“Recent studies show that fructose-induced uric acid generation causes mitochondrial oxidative stress that stimulates fat accumulation independent of excessive caloric intake. These studies challenge the long-standing dogma that “a calorie is just a calorie” and suggest that the metabolic effects of food may matter as much as its energy content.”

“Sugar (i.e., fructose-containing mixtures) has been vilified by nutritionists for ages as a source of “empty calories,” no different from any other empty calorie. However, fructose is unlike glucose … intermediary metabolites from fructose metabolism overwhelm hepatic mitochondrial capacity, which promotes de novo lipogenesis and leads to hepatic insulin resistance, which drives chronic metabolic disease.

… fructose can exert detrimental health effects beyond its calories and in ways that mimic those of ethanol, its metabolic cousin. Indeed, the only distinction is that because fructose is not metabolized in the central nervous system, it does not exert the acute neuronal depression experienced by those imbibing ethanol. These metabolic and hedonic analogies argue that fructose should be thought of as “alcohol without the buzz.””

The glycemic index is used to measure a food’s generation of an insulin response, with high-glycemic index foods assumed to be associated with weight gain. Fructose is actually a lower-glycemic index food, with an index of 19, which is why the European Food and Safety Agency recently suggested consumers substitute fructose for sucrose (table sugar). However, according to Dr. Lustig, fructose toxicity has nothing to do with glycemic index:[iv]

“Yes, fructose has a low glycaemic index of 19, because it doesn’t increase blood glucose. It’s fructose, for goodness sake. It increases blood fructose, which is way worse. Fructose causes seven times as much cell damage as does glucose, because it binds to cellular proteins seven times faster; and it releases 100 times the number of oxygen radicals (such as hydrogen peroxide, which kills everything in sight).

Indeed, a 20oz soda results in a serum fructose concentration of six micromolar, enough to do major arterial and pancreatic damage. Glycaemic index is a canard; and fructose makes it so. Because fructose’s poisonous effects have nothing to do with glycaemic index; they are beyond glycaemic index.”

The Danger May Lie in the Dose

The increase in fructose intake parallels rises in many potentially associated chronic diseases, including obesity, diabetes and non-alcoholic fatty liver disease (which now affects up to one-third of Americans).[vi]

According to Dr. Lustig, the toxicity of fructose changes depending on several factors, including your state of health (whether you’re thin, overweight or insulin resistant, for instance) as well as the dose. Most of the research into fructose toxicity involves higher doses, and it seems it may be relatively harmless when consumed in small amounts.

What does this mean for you? If you’re a sugar junkie, you could be at risk, but if your fructose comes mostly in the form of occasional fresh fruit, you don’t need to worry. According to Dr. Lustig, the “safe” threshold for fructose may be about 50 grams a day (which is just under a half-cup of sugar). Most Americans eat nearly twice that.[vii]

I’m interested to know what YOU think about all of this. Is fructose really as bad as it sounds? Please tell us your thoughts below …

And, if you need to get your sugar cravings under control, you can’t beat ThinMist, an all-natural blend of DHEA, essential amino acids and 500 mcg of chromium to curb your sugar cravings while boosting your body’s natural production of human growth hormone (HGH), which speeds metabolism and weight loss. If you want to cut back on fructose, keep a bottle at home, at work and in your purse or pocket so you’ll be ready when cravings strike.

2 thoughts on “Is Fructose Good or Bad for You?”