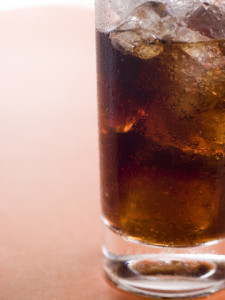 Pain from arthritis is a leading cause of disability worldwide, and if you’re affected you probably know that certain foods can make pain flare-ups worse. Why is this? With osteoarthritis, the most common form, the breakdown of cartilage causes your bones to rub together at your joints, leading to inflammation and pain.

With rheumatoid arthritis, an autoimmune disease, chronic inflammation of your joints leads to pain, stiffness and swelling. Certain foods contribute to inflammation in your body, and therefore to your pain, while others (like vegetables) help to relieve it.

It’s not only foods, of course. What you drink also plays a role. If you have arthritis, the following four beverages would be better off avoided.

In a survey of over 1,000 arthritis patients, dairy products, including milk, were among the top foods linked to a worsening of pain.[i] The problem in the dairy is the protein, not the fat, so all types (whole, skim, 2%) may be better off avoided.

The same survey referenced above also found caffeine to be a common trigger for arthritis symptoms. However, research on this is murky, with some studies showing a potential benefit and others a risk. Because energy drinks can contain multiple times the amount of caffeine found in a typical cup of coffee, drinking them can easily lead to caffeine overload and associated arthritis symptoms.

In people with the arthritic condition gout, for instance, drinking more than four servings of caffeinated drinks in the previous 24 hours was linked to an 80 percent increased risk of recurrent gout attacks.[iii] If you’re sensitive to caffeine, you may also find coffee to be problematic, and if so that should also be eliminated.

Unless it is specifically labeled gluten-free, most beer is made from gluten-containing grains. In people who are sensitive, gluten, a protein found in wheat, rye and barley, may provoke an innate immune response that may trigger symptoms such as joint pain hours or days after the gluten is consumed. While many are familiar with gluten in grains such as wheat, beer is often overlooked.

One study published in the Oxford Journal of Rheumatology even found that 41 percent of rheumatoid arthritis patients improved after following a gluten-free vegan diet.[iv]

Harvard researchers have revealed that the more sugary soda men with knee osteoarthritis drink, the more likely the condition is to get worse.[v] Even though increased consumption of soda is linked to weight gain, a known risk factor for osteoarthritis, the link was true regardless of the men’s weight. This suggests the soda itself may be responsible for worsening the arthritis, perhaps again by causing inflammation (sugar is highly inflammatory), although a cause-and-effect link has not been proven. Soda is also a source of caffeine, which may also worsen symptoms in some people.

Do YOU Have Arthritis? Then DO NOT Miss This!!! 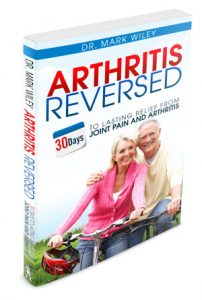 If you or someone you love suffers from arthritis, Dr. Mark Wiley’s book called ARTHRITIS REVERSED is as “must read” as it gets! AND BEST OF ALL IT IS FREE TODAY!

Despite what the conventional medical industry would have you believe, you really CAN overcome arthritis for good (and all the suffering that comes with it), and in the clearest, easiest-to-understand way Dr. Wiley lays out exactly how to do so…

[i] Physicians Committee for Responsible Medicine, Foods and Arthritis