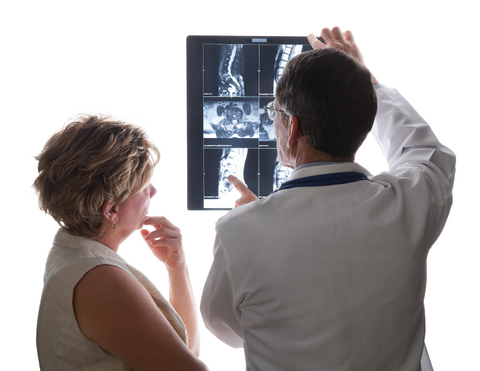 This imaging technology, which produces detailed images of organs and tissues, is often used to examine the brain, spine, joints, abdomen, pelvic region, heart, blood vessels and other areas to detect differences between healthy and unhealthy tissues. They are commonly used for the detection of heart disorders, stroke and vascular diseases.

MRI does not use ionizing radiation like x-rays or CT scans, and therefore is often regarded as a preferable alternative. However, the technology does use a magnetic field and pulses of radio wave energy to take pictures inside your body, and these can pose risks of their own …

4 MRI Dangers You Should Know

4. Injury or Death From Metal Objects

The MRI system has an extremely strong magnetic field, which will pull metal objects toward it with great force. Obviously, this poses a risk to not only the patient but also others who may enter the room. For instance, deaths and other injuries have been reported during “routine” MRIs due to the following:[ii]

If you have any type of metal on or in your body (hearing aid, pacemaker, spinal rod, plates, pins, screws, joint replacement, bullet, shrapnel, body piercings, etc.), be aware that serious injury could result. Even some tattoos, tattooed eyeliner or makeup/nail polish that contains metal can be problematic during an MRI.

Varying types of acoustic noise are produced during an MRI. While for some this may simply be an annoyance, some patients experience increased anxiety as a result. Temporary hearing loss and even, rarely, permanent hearing loss, have also been reported due to MRI-related noise.

While the magnetic fields used in an MRI are generally said to be safe for humans, this is an area of controversy. According to some experts, there is evidence that static magnetic fields may cause biological changes in humans, impacting the retina, pineal gland and cells in the paranasal sinuses.[iii]

There is also the potential that time-varying magnetic fields, which may induce electric currents, could interfere with the normal function of nerve cells and muscle fibers. Biological changes from exposure to radiofrequency fields are also possible, though not well understood at this time.

Depending on what type of MRI you have done, you may be asked to drink a gadolinium-based contrast agent (GBCA), which helps improve images of organs and tissues. While the substance is normally eliminated harmlessly from your body via your kidneys, in people with kidney disease, consumption of GBCAs is linked to the development of nephrogenic systemic fibrosis (NSF).[iv] NSF causes patches of thick, hardened skin, and may also impact your heart and lungs, as well as cause disabling shortening of muscles and tendons in your joints. Over time, NSF becomes progressively worse and can lead to death.

In people without kidney disease, GBCAs can still cause serious side effects you should be aware of, including potentially life-threatening allergic reaction, skin conditions (such as rash, hives, itching, sweating and facial swelling), irritation of blood vessels, and the formation of blood clots.

Do you like the idea of minimizing your use of medical imaging tests as much as possible? We do too, and that means building your body’s resistance to disease naturally using a healthy lifestyle and the simple secrets in your FREE copy of the “natural health bible.”

Plus, don’t miss the Top 4 Dangers of CT Scans that every one reading this should know …

[ii] Proceedings of the International Conference on Non-Ionizing Radiation at UNITEN, Electromagnetic Fields and Our Health, October 20-22, 2003

[iii] Proceedings of the International Conference on Non-Ionizing Radiation at UNITEN, Electromagnetic Fields and Our Health, October 20-22, 2003

1 thought on “The Top 4 Dangers of MRIs”