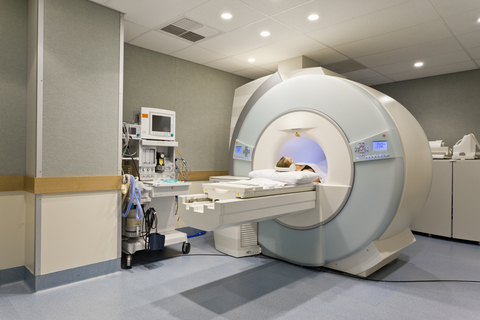 Computed tomography (CT) scans, which use x-rays to provide a cross-section glimpse into your body, can be life-saving when used correctly, such as for a serious trauma to your head, neck or spine that must be evaluated immediately in order to save your life.

But in many instances CT scans, which expose you to far more cancer-causing radiation than an ordinary x-ray, are used for routine complaints of abdominal or chest pain.

Use of CT Scans Rising Dramatically

The use of advanced medical techniques including CT scans for chest pain complaints in the emergency room increased over 367 percent from 1999 to 2008, while their use for abdominal pain complaints rose by nearly 123%.[i]

The use of CT scans has nearly tripled since 1996,[ii] a lucrative trend for health care professionals, as advanced imaging adds about $100 billion to U.S. health care cots each year.[iii] But there’s a growing consensus that many CT scans (by some estimates more than  half) are unnecessary, posing far more risk than benefit. It was even revealed that more than 80 percent of Medicare patients were receiving two CT scans on the same day — a practice that doubles your radiation exposure (and costs) but rarely provides any additional benefit …[iv]

Before you consent to having one (or two!) performed, it’s important to know there are very real risks involved … and you need to weigh them very carefully before making this health care decision.

CT scans yield incredibly high-resolution images of your body and are capable of detecting growths or other abnormalities as small as a grain of rice. However, sometimes these “abnormalities” are not actually dangerous, but rather are benign lesions or cysts that pose no threat to your health.

This happens so often that there’s a name for them — “incidentalomas.” It’s been found that close to 40 percent of CT and MRI scans turned up at least one incidentaloma,[v] but while they’re rarely found to be dangerous, they can cause an untold amount of anxiety and fear, not to mention invasive biopsies, additional medical imaging and even surgery — all for no reason.

CT scans expose patients to ionizing radiation, a known carcinogen. As such, it’s imperative that a CT scan use the lowest radiation dose possible. This, however, is not always the case. A 13-fold variance between the highest and lowest radiation doses has been discovered among the most commonly used CT scans, and even the “median doses” that are supposed to be used were found to be four times higher than stated.

In some cases, one CT coronary angiogram exposed patients to the equivalent of 309 chest x-rays![vi]

A recent JAMA study[vii] also found that patients are often exposed to concerning levels of radiation during routine CT scans. As the LA Times reported:[viii]

“Experts said they were most concerned by the growth in CT use documented in the study. The researchers found that 2.5% of the patients in the six HMOs were exposed to between 20 and 50 millisieverts of radiation in 2010, a level that the International Commission on Radiological Protection says is unsafe.

Another 1.4% of the patients were exposed to more than 50 millisieverts of radiation that year, which the U.S. Nuclear Regulatory Commission says is dangerous.”

The major risk of all of these unnecessary CT scans is the overexposure to radiation, which can increase your risk of cancer. It’s estimated that 29,000 cancers will result from CT scans performed in just one year, and of those about 15,000 people will die as a result.[ix] This was based on 2007 statistics, and as the number of CT scans has grown, it’s safe to say the number of related cancer deaths has too.

Can You Protect Yourself from the Dangers of CT Scans?

Yes, and one of the best ways to do so is to make sure any CT scan you receive truly is medically necessary and worth the risk of radiation exposure. Once you do decide to have a CT scan, ask that the radiation dose be set to the lowest level possible, especially for children (CT scans for children should be calibrated to a pediatric setting).

On a larger scale, however, you can greatly build your body’s resistance to disease — and reduce your reliance on the conventional medical system (and thereby your need to go through a CT scan) — with the secrets in this “natural health bible.” Thousands swear they’ve CURED themselves of chronic pain and disease using the methods described in this book — and it’s your, FREE, today.