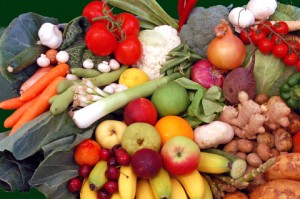 Vegetables are the cornerstone of a healthy diet, essential for not only vitamins and minerals but also disease-fighting antioxidants, phytochemicals and more. But, ironically, some vegetables can actually poison you if eaten improperly… even leading to death in some cases.

Watch Out for These 12 Dangerous Vegetables

If you eat undercooked or raw kidney beans, the toxin phytohaemagglutinin (a lectin, known to interfere with cellular metabolism) can cause extreme nausea, vomiting, diarrhea, abdominal pain and in some cases you may need to be hospitalized. Sometimes known as Red Kidney Bean Poisoning, this condition is caused by eating raw, soaked kidney beans or beans that have been cooked in a crock pot without being boiled (or heated to a high enough temperature first). In fact, heating kidney beans to 176 degrees F may increase their toxicity five-fold compared to eating the raw, which is why outbreaks have been associated with slow cookers or crockpots. Illness can occur from just four or five undercooked cooked or raw beans. In order to make kidney beans safe for consumption, you must soak them for at least 5 hours, get rid of the water and then boil them briskly in fresh water for at least 10-30 minutes.[i]

Though technically a fungus, many species of wild mushrooms contain poisons that can cause illness ranging from mild to deadly. In some cases, symptoms don’t appear for hours, days or even weeks after the mushroom is eaten, and by that time permanent organ damage may have already occurred. Toxins in wild mushrooms cannot be made “safe” by any from of cooking, freezing or processing, and it can be extremely difficult to discern a poisonous mushroom from a safe one. To be safe, unless you’re a trained expert on mushroom identification, don’t eat any mushrooms you find in the wild. 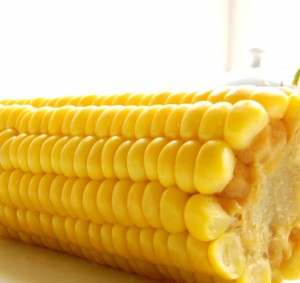 Corn can be contaminated with aflatoxin, a toxin produced by fungus that can grow on certain foods. Aflatoxins are known to cause cancer as well as liver and immune-system problems. Although a human illness outbreak related to aflatoxin has not been reported in the United States, they have occurred in other countries, and aflatoxin-contaminated pet foods have caused outbreaks and deaths among dogs and cats in the United States. It is, however, difficult to prove that a disease such as cirrhosis of the liver or liver cancer is caused by aflatoxin, even though there is reliable evidence that it is an important danger to public health (particularly when unregulated). Other foods that may contain aflatoxin include peanuts, rice, dried coconut meat, cocoa beans, figs, ginger and nutmeg.

If a potato is green or sprouted, it’s a sign that it contains solanine, a compound that is toxic even in small amounts. Eating a green potato, or potato sprouts, can cause what’s known as potato plant poisoning or solanum tuberosum poisoning, leading to symptoms ranging from diarrhea and vomiting to delirium, paralysis, shock and, in extremely rare cases, death. 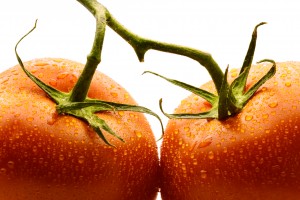 The leaves and stems of the tomato plant contain glycoalkaloid, a toxin that can lead to stomach upset, headache and dizziness. Green tomatoes do contain some alkaloid poison as well, but generally in too small of quantities to be dangerous. That said, tea made from tomato leaves should be avoided.

Rhubarb stalks, which are actually stems of a perennial plant, are quite tasty when used in pies or crumbles, but the leaves of this plant are very poisonous. If you eat rhubarb leaves, it can cause vomiting and diarrhea, along with seizures, difficulty breathing, kidney problems, coma and even death due to the oxalic acid salts they contain.

Lima beans contain the deadly poison cyanide, which is produced to prevent predators from eating them. Eating large amounts of raw lima beans may cause violent illness and death, so be sure they are thoroughly cooked (soaked and then boiled in fresh water for at least 10 minutes) before eating. 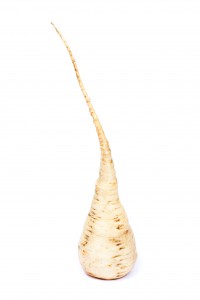 Parsnips contain naturally occurring chemicals called psoralens, which cause genetic mutation and cancer in animals when exposed to ultraviolet light. These toxins are not destroyed by normal cooking, leading researchers to question whether they may have toxic consequences in humans.[ii]

Alfalfa sprouts have made the news many times due to contamination with salmonella and e. coli, however even when not contaminated they contain a natural chemical called canavanine that has been found to cause a lupus-like autoimmune disease in an animal study. There is some evidence that people with lupus may want to avoid alfalfa sprouts as they may aggravate the condition.

Spinach contains compounds called oxalates, which can bind to calcium in your body. If eaten in large quantities, there is some evidence that suggests it may contribute to the formation of kidney stones (most kidney stones in U.S. adults are calcium oxalate stones). However, some believe restricting dietary oxalates will not reduce kidney stone formation. Other vegetables that contain oxalates include Swiss chard, beet greens, okra, parsley, collard greens and leeks.

In people with G6PD deficiency, a hereditary abnormality, eating fava beans (and certain other legumes) may destroy red blood less and cause hemolytic anemia — a condition known as favism. This deficit is most common in people from Africa, followed by those from the Mediterranean and southeast Asia.

Though ordinarily healthy, celery topped the Environmental Working Group’s 2011 list of fruits and vegetables most contaminated with pesticides. Coming in at #2 (apples were #1), celery was found to be highly contaminated and tested positive for 57 different pesticides.[iii] If you’re going to eat celery, buying organic makes sense.

Next, Do NOT Let Them FOOL You Anymore! Discover the…


10 thoughts on “The 12 Most DANGEROUS Vegetables to Beware Of…”