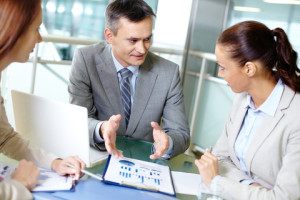 A highly demanding job may not always seem like a good thing, but it may give you a coveted edge over your peers. I’m not talking about climbing the corporate ladder either.

Research published in the journal Neurology found that people who do challenging work enjoy better protection against memory and cognitive decline in old age.[i]

“Challenging” work was defined as a job enriched with work tasks stimulating verbal intelligence and executive functions, or in other words professions that involve developing strategies, conflict resolution, managerial tasks and frequent speaking.[ii]

In this era of 24/7 work environments and heavy expectations, it’s good to know that challenging work conditions may pay off in the form of positive health effects after you retire. In fact, while education levels are well-known to influence dementia risk, the researchers believe your work environment may play an even bigger role.

Study author Francisca S. Then, PhD, with the University of Leipzig in Germany, told Science Daily:[iii]

“Our study is important because it suggests that the type of work you do throughout your career may have even more significance on your brain health than your education does … Challenges at work may indeed be a positive element, if they build up a person’s mental reserve in the long-term.”

Cut Your Rate of Cognitive Decline in Half

The study involved giving tests to measure memory and thinking abilities to people over the age of 75. The tests were given every 1.5 years for a period of eight years.

Those whose careers involved the three types of tasks had the slowest rate of cognitive decline – half that of participants whose careers where not very mentally demanding.

It’s possible to have too much of a “good thing” in the case of work challenges, however. While mentally challenging work may be beneficial, excessive work stress decidedly is not.

Stress may also accelerate aging by shortening your telomeres, which are protective ‘caps’ on the ends of your chromosomes. It’s thought that as your telomeres shorten, your cells age faster and die sooner. And people with the greatest amounts of job stress have been found to have shorter telomeres than those without it.[v]

Whether you feel your job demands are too challenging, not challenging enough or somewhere in the middle, this is only one factor in how your brain ages. You can find eight ways to improve and protect your memory here (including strategies that promote neurogenesis, or the growth of new brain cells).

Finally, have you been more forgetful lately? Have you wondered if you could be starting to lose your memory? Take this short five-question quiz to find out …