It’s estimated that at least 2 million Americans are addicted to prescription painkillers, which is twice the number addicted to cocaine.[ii] More than a handful of them are celebrities, of course, as being rich and famous does not make you immune to addiction. Quite the contrary, it may actually increase it…

Musician Eric Clapton struggled with addiction to many drugs for years, but after much hardship was able to recover and is now sober.

He even opened a drug rehab center in Antigua to help others struggling with addiction. 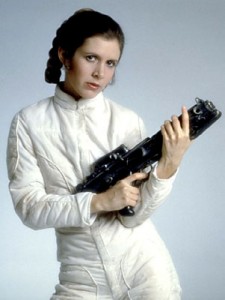 Actress and writer Carrie Fisher, who famously played the role of Princess Leia in Star Wars, also struggled with a long-time painkiller addiction.

After decades of work to recover — as she said in her book Shockaholic “therapy and retreats, overeating and fasting, 12-steps, meditation, rebirthing, walking over hot coals, jumping out of airplanes, climbing mountains, floating down the Amazon, speaking in tongues … you get the picture.” — said she still doesn’t feel “mentally sound.”[vii]

It was 2003 when radio talk show host and political commentator Rush Limbaugh first publically admitted he was addicted to painkillers and entering a rehab facility.

Like many others, Limbaugh first started taking them after spinal surgery for back pain. When his pain persisted after the surgery, he continued taking the pills and “got hooked.”

Most famous for his role in Friends, Perry first became addicted to Vicodin pills after a wisdom tooth extraction.

At his lowest point, he was reportedly taking up to 30 pills a day, but after extensive rehab, he has successfully recovered. 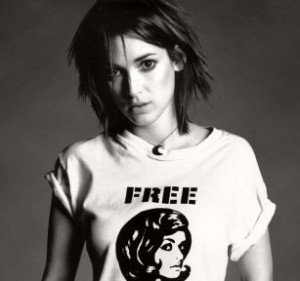 Actress Winona Ryder also struggled with a painkiller addiction, and reportedly filled 37 prescriptions for painkillers written by 20 doctors, and using multiple aliases, over a three-year period.[vi]

Cindy McCain, wife to Senator John McCain, became addicted to Vicodin and Percocet after rupturing two discs and having back surgery.

She was not only investigated by the Drug Enforcement Agency, facing a potential 20-year prison sentence for obtaining “a controlled substance by misrepresenting, fraud, forgery, deception or subterfuge,” but the doctor who prescribed the pills to her lost his license.[v]

After a long and very public battle, McCain is now drug-free.

Went through rehab for painkiller addiction at least twice…

The lead singer for Aerosmith and American Idol judge, Steven Tyler, suffers from chronic pain as a result of various performance injuries and subsequent surgeries.

He has gone through rehab for addiction to prescription painkillers at least twice.

Former Jets and Dolphins NFL quarterback started taking painkillers after a series of football injuries and then, after major back surgery, experienced major withdrawal when he tried to stop. Things soon spiraled out of control, as he told the New York Times:[iv]

“Fast-forward a few years: while waiting to have neck surgery, I started taking painkillers again to manage my pain, but this time with my increased tolerance, I needed more and more and gradually built up to taking as many as 800 pills a month. This time, I knew that I couldn’t just stop taking them and needed help.”

After contemplating suicide, Lucas attended rehab and is now drug-free.

Reality starlet and daughter of singer Lionel Richie, Nicole Richie made headlines in 2006, when she was arrested for driving the wrong way down a California highway while under the influence of Vicodin.

While claiming she took the Vicodin for menstrual cramps, Richie had a long history of addiction to other substances as well. When she became pregnant a short time later, it was the wake-up call she needed to beat the addiction and change her ways.

First made famous for her role as a “scream queen” in the horror classic Halloween, she began taking morphine later in life after a cosmetic procedure and became addicted. In a blog for the Huffington Post, she wrote:[iii]

“I too found painkillers after a routine cosmetic surgical procedure and I too became addicted, the morphine becomes the warm bath from which to escape painful reality. I was a lucky one.

I was able to see that the pain had started long ago and far away and that the finding the narcotic was merely a matter of time. The pain needed numbing. My recovery from drug addiction is the single greatest accomplishment of my life… but it takes work — hard, painful work.”

So… do you sense a prevailing theme?

After an injury, surgery or incident with pain, it’s incredibly easy to become addicted to these powerful drugs. And it happens to people in all walks of life — not just rocker musicians or famous celebrities.

Despite the risks — so many lives have been ruined and lost from painkiller addiction — conventional medicine still continues to push these drugs as the go-to solution for pain. The trouble is, for some people, once you start it’s already too late; it becomes incredibly difficult, and in some cases impossible, to stop.

There are much smarter, safer, and more effective natural solutions to pain, and The Healthy Back Institute’s Lose the Back Pain newsletter is filled with them.

It’s free access to information coming from a team of pain relief experts (subscribe free at the top right corner of this page), and every solution you’ll receive is safe, with zero chance — zip, zilch! — of addiction.

5 thoughts on “10 Most Famous Celebrities Addicted to Painkillers”