If you’ve ever visited  your doctor with lower back pain and were ushered into a high-tech MRI scan conveniently located on-site… you may have already spent too much for your back pain treatment. 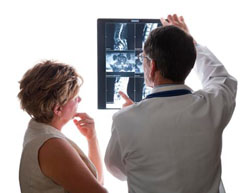 Does an In-office MRI machine lead to better back pain care?

According to a comprehensive Stanford University review of over one million episodes of back pain care, MRI usage skyrockets as soon as doctors obtain the ability to bill directly for MRI scans, whether from purchasing a machine or contracting with another facility.

According to Dr. Laurence C. Baker who authored the study, “In the first quarter after they began billing, orthopedists jumped from using about 20 more MRIs per 1,000 episodes than traditional users to using about 45 more. Neurologists jumped by more, increasing their rate by about 60 to nearly 140 procedures per 1,000 episodes more than traditional users.” (emphasis added)

Guess what… before they started to bill for MRIs directly, these same doctors’ patients had similar lower rates of use as other physicians who never started direct billing. The jump only happened after they got the machine — and the new higher rates persisted.

So what’s the deal here? Are doctors simply ordering more tests because of the convenience factor, or are doctors merely padding their wallets?

Dr. Baker thinks it could be both, including in his report that “reimbursements could greatly exceed the costs of acquiring and operating the equipment, making the services potentially quite profitable.”

Yeah, to the tune of $25-$91 more per visit averaged across all visits for those with MRI machines.

But here’s the real question: does the increase in tests ordered translate into better quality of care?

NO. Especially among back pain sufferers.

First of all, MRIs are notorious for showing problems in your spine that don’t actually cause pain. In a study of 98 pain free people, MRIs showed that nearly two-thirds of them had either a bulging or herniated disc!

Which goes to show that an abnormal reading from an MRI may not be the source of your back pain — or any pain at all.

Plus, patients of orthopedic surgeons who acquired MRI machines were far more likely to undergo back surgery within six months of their visit than patients of doctors who did not direct bill.

Yet back surgery is such a pathetic back pain treatment that it’s the ONLY surgery with its own clinical name for failure: failed back surgery syndrome.

Far too many surgeons are putting their patients through an expensive revolving door of tests, dangerous drugs, and surgery only to leave them crippled for life with excruciating pain.

It’s clearly time to take a different approach to back pain. One that focuses on the underlying causes instead of operating on a condition showing up on a test that may have nothing to do with your pain in the first place.

I’m not going to say an MRI is never called for. But it’s pretty clear even to doctors like Dr. Baker that buying a hammer sure makes every problem look like a nail.

FDA Data Reveals the 5 Most Dangerous Pain Relief Drugs
(Are You Taking Any of These?)


4 Foods to NEVER Eat if You Want to Lose Weight