… Bugs in Food? Would You Like Some Wood and Rodent Hair With That? 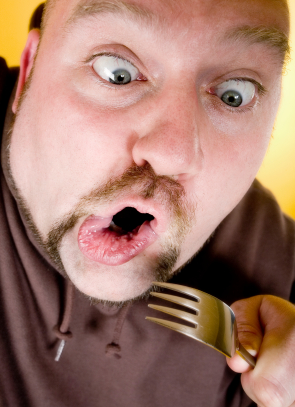 Are you trying to lose weight? Go ahead and read this article… then print it out and post it somewhere you see a lot, as it’s nearly guaranteed to make you lose your appetite — fast.

While you probably assume that your peanut butter, popcorn or chocolate bar are just what they appear, there’s a good chance there’s a little something “extra” in there too… like an insect fragment or a rodent hair. And it’s all perfectly legal.

The U.S. Food and Drug Administration (FDA) acknowledges that keeping all “defects” — a euphemism they use for things like bug parts and rodent feces — out of food is not realistic. So, they allow food manufacturers some leeway with such contaminations, so long as it doesn’t reach the FDA-defined “action” level. The truth is, you might be able to monitor for bugs when you’re making a couple of batches of homemade jam, but when that jam is being produced on a massive scale, using fruit flown in from around the world (which was probably stored in a warehouse prior to), it’s humanly impossible to inspect each berry and cup of sugar for pests.

Of course, it’s not just bugs in food that we’re referring to here… food manufacturers also get away with adding a laundry list of non-food substances to your processed foods, and often disguise them on labels so you can’t equate them with what they really are (like wood, for instance)…

6 Nasties Lurking in Your Food

Do you find the idea of mice and rats crawling all over your pasta, cookies and crackers unsettling? Better get used to the idea, as rodent “filth,” as the FDA calls it, is allowed in your food. Macaroni and other noodle products must be contaminated with an average of 4.5 rodent hairs (or more) per 225 grams — for six or more samples — before the FDA considers it a problem. 225 grams is roughly four servings of pasta, which means that’s just about one rodent hair per serving… lovely!

This too is allowed in your food, provided it’s at levels the FDA considers to be only “aesthetic” in significance. Do you use pepper to spice up your food? It can contain anything under an average of 1 mg of mammalian excreta per pound. How about sesame seeds? These can contain just under 5 mg of excreta per pound without sounding the FDA’s alarm bells.

4. Food Dye Made from Bugs

After a public outcry a few years ago, Starbucks pledged to phase out the use of a bug-based food coloring used in its Strawberries & Creme Frappuccino, among other products. The red dye is made from an extract from the cochineal, an insect, but Starbucks is far from the only taker. Cochineal extract, also known as carmine, is used in everything from jams and juices to baked goods, candy and cake icing.

You wouldn’t pick the moldy peach out of the bunch, right? Well when you purchase produce that’s frozen or canned, detecting mold isn’t always so obvious. In fact, the FDA will only take action against frozen berries if the average mold count is 60 percent or more! That’s more than half of your bag of berries — moldy … and cherry jam can legally have mold counts of up to 29 percent! Cranberry sauce also has some leeway, with an action level for mold of 15 percent or more.

Wood in your food? It’s, unfortunately, true. Have you ever seen “cellulose” on your food labels? This is another word for wood pulp… and it’s commonly used in crackers, ice cream, pancake syrup, vegetarian meat substitutes, pancakes, snack bars and more because it adds fiber (i.e. bulk) to foods and extends shelf life.

Cellulose is found naturally in apple skins, cabbage and other foods, and in this form acts as a healthy insoluble fiber. But the cellulose in most processed foods is actually made from tiny pieces of wood that have been processed and chemically treated to form a “pulp.” Basically, cellulose is an inexpensive filler product that food manufacturers use to cut the need for more expensive ingredients.

Yes, bugs are allowed in your food, too. Quite an array of them, actually. This includes aphids, thrips, beetle eggs and/or sacs, larvae, mites, fly eggs, corn ear worms, corn borers… and maggots. For instance, canned mushrooms must contain an average of 20 or more maggots of any size per each 100 grams before the FDA will take action against them. One hundred grams is about 3.5 ounces of mushrooms and canning liquid, which could contain 19 maggots and be well within U.S. food safety guidelines… 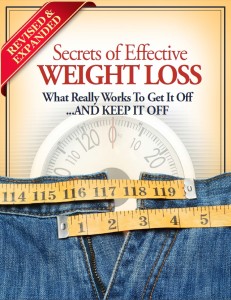 Hopefully reading this article and keeping it handy will help you curb your appetite (and if you share with your friends, it will curb theirs too!)… but if you want some not so yucky tips to finally lose stubborn weight, don’t miss the newly revised free report our team has been working on for over 6 months… “Secrets of Effective Weight Loss.”