If you have back pain that comes and goes, along with stiffness and pain in your joints or spine — especially first thing in the morning — you may be suffering from arthritis of the spine. This incredibly common condition typically results from wear-and-tear on your spine as you get older, particularly if you also have muscle imbalances, poor posture, chronic stress and excess weight, or if you engage in hobbies or work activities that involve repetitive motions that stress your joints repeatedly.

When arthritis impacts your spine, it can be debilitating, even leading to pain that is so excruciating you no longer can, or want to, get out of bed. Psychological problems, such as anxiety and depression, are an inevitable consequence of this incapacitating condition, if effective treatment is not found.

These include over-the-counter drugs like ibuprofen (Advil, Motrin) and naproxen (Aleve), as well as prescription drugs like Celebrex. While effective in relieving pain, NSAIDs are notorious for being hard on your gastrointestinal tract, leading to potentially fatal side effects such as bleeding in your digestive tract, ulcers and perforation of your stomach or intestines.

Celebrex has even been found to double your risk of serious cardiovascular problems, including heart attacks, strokes, heart failure and death![i]

Other serious side effects include kidney failure and liver failure, along with, as mentioned, serious cardiovascular risk, which is sometimes fatal (such as heart attacks, stroke or death from heart disease).

” … little evidence exists to suggest that any of the investigated [non-steroidal anti-inflammatory] drugs are safe in cardiovascular terms.”

A study published more than a decade ago in 1998 revealed just how many hospitalizations and deaths NSAIDs cause each year. And given that their use has increased exponentially since this study was released, the numbers are now even higher:

“Conservative calculations estimate that approximately 107,000 patients are hospitalized annually for nonsteroidal anti-inflammatory drug (NSAID)-related gastrointestinal (GI) complications and at least 16,500 NSAID-related deaths occur each year among arthritis patients alone. The figures for all NSAID users would be overwhelming, yet the scope of this problem is generally under-appreciated.”[iii]

Your physician may recommend you take acetaminophen-containing pain relievers like Tylenol to “treat” your arthritis of the spine, an option you may feel is perfectly harmless. But did you know that if you take too much — which is extremely easy to do if you take multiple over-the-counter medications, for instance one for pain relief and one to relieve cough/cold or fever symptoms (even some sleep aids contain acetaminophen), or if you take an extra dose in a 24-hour period — you could suffer from fatal liver damage?

It’s easier than you might think to overdose on acetaminophen. As a poignant Wall Street Journal article pointed out:[v]

“Whether or not the Food and Drug Administration decides to limit sales of acetaminophen [a measure they were considering due to the noted liver risks], consumers should know this:

Regular use of acetaminophen has also been linked to kidney damage, including kidney failure.

If your pain is severe, you may be prescribed an opioid pain drug such as codeine or morphine. These powerful drugs provide very effective pain relief (which is why they are so useful after surgery or other serious traumas). However, when used in the long term they can be incredibly dangerous, leading to physical dependence, withdrawal symptoms when you try to stop using them, and oftentimes addiction. In fact, opioids are one of the most commonly abused prescription medications, and it takes only a single large dose to cause severe respiratory depression or death.

Overdose deaths from prescription opioids are actually disturbingly common — and on the rise. As reported by the U.S. Centers for Disease Control and Prevention (CDC):[vi]

It may sound surprising, but certain antidepressants, such as Cymbalta, are actually FDA-approved to treat chronic low back pain and chronic osteoarthritis pain. These drugs, too, come with their own battery of side effects and risks, including an increased risk of suicidal thoughts and behaviors in children, teens and young adults, severe liver problems (sometimes fatal), problems with urine flow, increased blood pressure, worsening of glaucoma or diabetes and abnormal bleeding, especially if you are taking NSAID pain relievers, aspirin, or blood thinners.

Known as cortisone injection, epidural, steroid injection, and epidural steroid injection (but all referring to the same treatment), this involves injecting a steroid into the space surrounding the spinal cord. This helps to reduce inflammation and in some cases the related pain, but this is debatable and often only very temporary. As reported in the journal Pain:[vii]

Aside from their dubious-at-best effectiveness, steroid injections are notoriously painful to receive, not to mention expensive. And given that steroid injections do not provide long-term relief, there’s a good chance you’ll need more than one.

What Do All of These Typical Treatments Have in Common?

What you may have noticed is that conventional arthritis of the spine treatments focus only on symptoms. Not one of these strategies addresses the bigger reasons why your spine is degenerating and causing you pain!

This is a problem, because once you stop the treatment, your pain will return — and may in fact be worse since you’ve now gone even longer without addressing the underlying imbalances that are stressing your back. The BEST arthritis of the spine treatments are those that do just that — target the root cause of your pain for true healing and lasting, long-term pain relief. Better still, they do it without exposing you to deadly side effects and risks like dependency …

The BEST Arthritis of the Spine Treatments 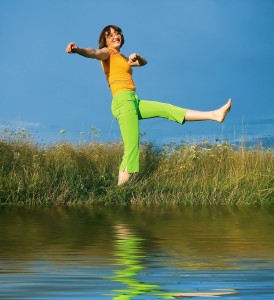 There are quite a few strategies available, some of which you may not have heard of before. Because you are unique, as are your underlying pain causes and triggers, you may want to experiment with a variety of these techniques to see which one, or which combination, gives you relief.

It’s important to remember and realize that if you are having back pain, there’s a very good chance your muscles are out of balance, and this is the source of your pain. This can happen for a variety of reasons. Body-wide imbalances in your stress levels, hormone levels and nutrition may trigger or exacerbate joint degeneration. Weak core muscles are another common issue, which can negatively impact your posture, leading to neck and back pain, and furthering degeneration.

Some of the BEST — in terms of safety, effectiveness, and cost-effectiveness — arthritis of the spine treatments include:

Whether your pain is severe or mildly annoying, chronic or intermittent, know that safe help is available. You don’t have to expose yourself to conventional treatments that may put your life in danger just to get short-term relief! Instead, demand more; demand lasting pain relief and healing that will get you back on your feet, enjoying life without pain, and without side effects. Demand only the best arthritis of the spine treatments available, and do not settle for anything less.