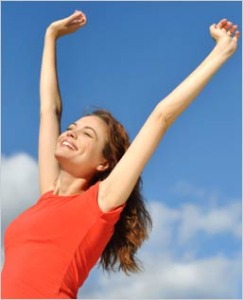 Happiness is a goal that most everyone strives for but only some of us achieve. Part of it is probably genetic … some people are born under lucky stars and are genetically predisposed to feeling happy.

Research has suggested that up to 50 percent of a person’s subjective well-being is dictated not by their life circumstances or environment … but by their genes.[i] Even if this is true, you’ve still got 50 percent (or more) of your happiness quotient up for grabs, and virtually all experts agree that you can take concrete steps to increase the happiness in your life.

Heck, even what defines happiness varies from person to person, so what makes you positively joyful is not necessarily going to do the same for your neighbor. Your environment, however, does play a role, which is why, each year since 2012, the World Happiness Report is released.[ii]

Around the globe, national leaders are discussing the importance of well-being and using happiness as a measure of social progress and a goal of public policy. According to the report:[iii]

“A rapidly increasing number of national and local governments are using happiness data and research in their search for policies that could enable people to live better lives. Governments are measuring subjective well-being, and using well-being research as a guide to the design of public spaces and the delivery of public services.”

How is Happiness Measured?

So how are the happiest countries ranked? The majority of differences in levels of well-being can be explained by six key variables:

Of this list, social support, incomes and healthy life expectancy are the three most important factors, so the countries that top the list scored high in these areas. The report includes data on life evaluations (where 0 represents the worst possible life and 10 the best possible). Countries at the top of the list averaged above 7.5 while those at the bottom were below 3.

Also integral to the ranking were measures of pro-social behavior, which involves individuals making decisions for the common good, and is a key predictor of well-being. The report continued:

“Societies with a high level of social capital – meaning generalized trust, good governance, and mutual support by individuals within the society – are conducive to pro-social behavior. High social capital directly and indirectly raises well-being, by promoting social support systems, generosity and voluntarism, honesty in public administration, and by reducing the costs of doing business.”

In fact, the common theme that emerged from the World Happiness Report 2015 was social in nature. The findings suggest that social support, both on an individual and community/national levels, are key to happiness:

“At both the individual and national levels, all measures of well-being, including emotions and life evaluations, are strongly influenced by the quality of the surrounding social norms and institutions.

These include family and friendships at the individual level, the presence of trust and empathy at the neighborhood and community levels, and power and quality of the over-arching social norms that determine the quality of life within and among nations and generations. When these social factors are well-rooted and readily available, communities and nations are more resilient, and even natural disasters can add strength to the community as it comes together in response.”

The report analyzed happiness levels in 158 countries. The top 20 are below (their average ranking for life evaluation is in parentheses).

You Can Increase Your Happiness!

Even though some aspects of happiness may be dictated by genetics or where you live, this is not at all set in stone. You have the power to become happy, starting today. Following are several scientifically proven ways to increase your happiness:

Even the World Happiness Report compiled four seemingly universal supports for well-being, which it made a point of saying can be achieved in your life simply by learning how. The four supports for happiness include:

According to the report:

“ … the circuits we identify as underlying these four supports for well-being all exhibit plasticity, and therefore can be transformed through experience and training. There are now training programs being developed to cultivate mindfulness, kindness, and generosity … some of these training regimes, even those as short as two weeks, can induce measurable brain changes. These findings highlight the view that happiness and well-being are best regarded as skills that can be enhanced through training.”

For even more on happiness, including how to find it in your own life, be sure to read Happiness is Key to Health – Studies Prove It. 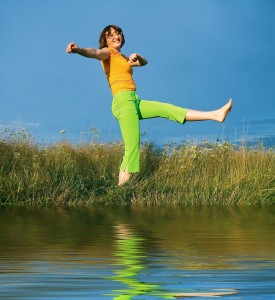