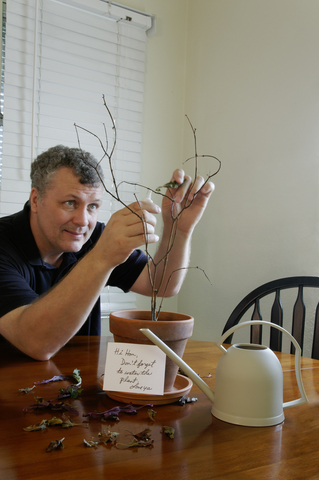 In the battle of the sexes, women may have the upper hand when it comes to memory … if you believe the latest research.

A study from McMaster University found that women appear to recall faces better than men, in part because they fixate on features more so than men.[i] This feature-focused method of viewing faces happened automatically, without the women consciously noticing, which suggests men may be able to improve their own facial recall by making a point to notice facial features.

“”We found that women fixated on the features far more than men, but this strategy operates completely outside of our awareness. Individuals don’t usually notice where their eyes fixate, so it’s all subconscious.” The implications are exciting, she says, because it means anyone can be taught to scan more and potentially have better memory.”

In fact, taking the time to increase your facial scanning may prove to be a simple way to boost your facial recognition. The study concluded:

“Females outperformed males on recognition-memory tests, and this advantage was directly related to females’ scanning behavior at encoding. Moreover, additional exposures to the faces reduced sex differences in face recognition, which suggests that males may be able to improve their recognition memory by extracting more information at encoding through increased scanning.

A strategy of increased scanning at encoding may prove to be a simple way to enhance memory performance in other populations with memory impairment.”

Aside From Faces, Do Women Have Better Memory?

The ability to recall faces is but one facet of memory. Are there differences between the sexes when it comes to the ability to remember everyday events or information?

The research says yes, in fact, with most studies again favoring women — although men do have one type of memory at which they excel …

According to one Swedish study, for instance, there were significant sex differences in what’s known as episodic memory, or long-term memories based on your own personal experiences.[iii] Women were once again found to be better at remembering faces, particularly female faces, but they also excelled at remembering verbal memories, such as words, objects, pictures and everyday events.

Separate research has also found that women perform significantly better than men at verbal memory tests, and particularly better on delayed memory tests.[v] For example, one test asked participants to remember 10 words, then recall them two minutes and five minutes later. After two minutes, women scored nearly 5 percent better than men, and this jumped to 8 percent after five minutes.

Your Memory Skills are Not Set in Stone

… and this can be a good thing or a bad thing, as lifestyle choices likely mean far more for your overall working memory than whether you’re a man or a woman. Take the latter study above. People who exercised at least once a month scored better on all memory tests than those who were sedentary — regardless of gender. Non-smokers, including those who had quit smoking, also outperformed smokers in word recall tests.