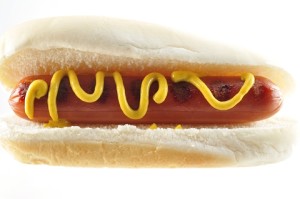 The average American eats … wait for it … 70 hot dogs a year. This is according to the National Hot Dog and Sausage Council (NHDSC), which also noted that 95 percent of U.S. households serve hot dogs.[i]

There’s no doubt that Americans love a good hot dog. Heck, they’re as American as apple pie and white picket fences. Every region even has its own special version. In New York (where more hot dogs are consumed than anywhere else in the U.S.), hot dogs are served with steamed onions and dry yellow mustard.

Chicago dogs are more complicated, served with “yellow mustard, dark green relish, chopped raw onion, pickle spear, sport peppers, tomato slices and topped with a dash of celery salt and served in a poppy seed bun,” according to NHDSC. In the South, meanwhile, you’ll find hot dogs topped with coleslaw while other regions prefer dogs topped with chili or sauerkraut.[ii]

But, be honest. Although you might think carefully about what to put on top of your dog, you probably don’t give much thought to what’s in it because, well, you’re afraid of what you might find out. (If you really don’t want to know, now’s the time to cover your eyes).

“Meat Batter” on a Bun

Hot dogs fall into the category of “emulsion-type sausages,” which are generally made from finely chopped meat, fatty tissue and water or ice. However, according to The Food and Agriculture Organization of the United Nations (FAO), in the case of hot dogs “the term meat “batter” instead of meat “emulsion” might be better.”[iii]

Hot dogs are made from meat trimmings (typically beef or pork but also poultry). These are the parts left over after the more desirable cuts, like steaks and roasts, are removed. In high-quality dogs, the bulk of the hot dog will be made from meat – look for terms like all-beef, grass-fed and organic on the label.

But those cheaper lower-quality dogs? A small amount of pork, mechanically separated poultry, corn syrup solids, preservatives, soy and milk solids – all are fair game. As the Daily Mail put it, here’s what you might see if you visited a hot-dog factory:[iv]

“In vast metal vats, tons of pork trimmings are mixed with the pink slurry formed when chicken carcasses are squeezed through metal grates and blasted with water.

The mush is mixed with powdered preservatives, flavorings, red coloring and drenched in water before being squeezed into plastic tubes to be cooked and packaged. It is a disgusting process, for the hot dog is arguably the ultimate in processed, industrial food.”

Many hot dogs contain less than 50 percent ‘regular’ meat and the rest:[v]

You might be able to get past meat trimmings, mechanically separated meat and preservatives, but can you get past this …

Clear Food genetically tested 345 hot dog samples from 75 brands. Their tests revealed problems, such as label inaccuracies or hygiene issues, in more than 14 percent of the dogs. Perhaps worst of all, 2 percent of the hot dogs contained traces of human DNA. Vegetarian hot dogs accounted for two-thirds of the “human DNA dogs,” and 10 percent of the veggie dogs also contained meat.[vi]

Other products contained types of meat that were not listed on the label, such as pork in a supposedly pork-free hot dog, or did not contain all the ingredients listed on the label. If you’re still looking to chow down on hot dogs, there’s more bad news. The World Health Organization’s (WHO) International Agency for Research on Cancer (IARC) recently classified processed meat as a carcinogen.

Hot dogs are the poster-child for processed meats. IARC reviewed more than 800 studies to make the cancer determination and revealed that eating 50 grams of processed meat daily (that’s the equivalent of one hot dog) increased the risk of colorectal cancer by 18 percent.[vii]

If you only eat hot dogs occasionally, you probably don’t need to worry. But if hot dogs are one of your go-to staples, cutting back may be a good idea. And while you’re at it, do your digestive tract a favor and take 30 days to detox and flush out some of those toxins you’ve accumulated. 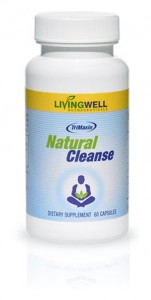 Natural Cleanse is a 30-day colon flush and revitalization program that combines the very latest research and clinical studies in digestive health with centuries of traditional healing wisdom into a natural product that gently releases and flushes toxins from your colon.

In just 2 capsules daily for 30 days, Natural Cleanse can help to flush your colon clear of toxic build up (including impacted fecal matter, toxins, bacteria and parasites) while soothing the inflammation of your GI tract lining.

Natural Cleanse contains herbal remedies like buckthorn bark, ginger root, and milk thistle extract combined with psyllium husk and a patented probiotic blend that helps rebalance your vital gut microflora and supports healthy detoxification – and it is clinically proven to improve digestive function. If you’re a hot-dog lover, Natural Cleanse has your name written all over it.

[iii] The Food and Agriculture Organization of the United Nations, Production of Emulsion-Type Sausages