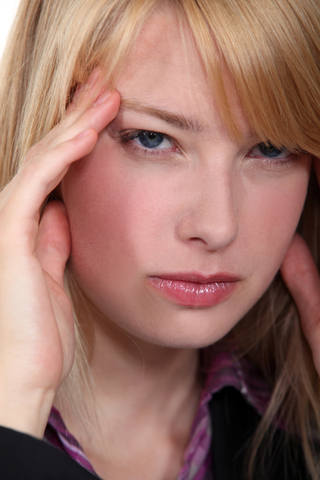 Did a muscle in your body ever start twitching uncontrollably, as if something was bubbling underneath? Ever wonder why?

Muscle twitches, or fasciculations, are caused by minor muscle contractions that occur uncontrollably. More than 90 percent of people will have muscle twitches at one point or another, often in your arms, legs or eyelids. On the most basic level, muscle twitches occur because of an irritated nerve fiber, but not necessarily in the vicinity where you feel the twitch.

Most of the time, muscle twitches are no cause for concern, which is why they’ve hardly been studied and, in all reality, still remain much of a mystery. Popular Science reported:[i]

“Because fasciculations are benign, they haven’t been studied particularly deeply … So we don’t really know even where in the nerve the irritation is picked up–it could be in the cell body, could be further out in the fibers, nobody really knows.

It is also thought that the exact localization of the fasciculation is random, meaning that you will feel a twitch in your arm or leg or eyelid without having necessarily irritated a nerve anywhere near the place you experience the twitch.”

Confused yet? Don’t worry, the most important thing to realize is that muscle twitches are almost always a normal, albeit slightly annoying, part of being human. The causes, as you may have guessed, aren’t entirely known, although the following factors have been associated with triggering muscle twitches:

As mentioned, in most cases muscle twitches are not a cause for concern … but some are. A muscle twitch that is benign (i.e. not caused by a disease or other underlying disorder) will generally have the following characteristics:[ii]

“Take a bright light … and shine it so it’s tangential over the surface of the affected body part so you can see a shadow [when it twitches].”

As for the harmful muscle twitches, these typically feel just like an ordinary muscle twitch, but they impact only one muscle fiber (as opposed to an entire group of muscle fibers with fasciculations). An electromyopgraphy (EMG) exam can measure the electrical activity of your muscles to determine which type you’re experiencing if you’re concerned. For the record, non-fasciculation muscle twitches may be a sign of a nervous system condition such as Lou Gehrig’s disease, nerve damage, muscular dystrophy or spinal muscular atrophy (although you’ll typically have other symptoms as well).

The bottom line is this: most muscle twitches are nothing to worry about (especially if you can see your muscle twitching) and will go away on their own — no harm, no foul.

Muscle pain, on the other hand, is another issue entirely … one that deserves attention …

What is the #1 Safest, Fastest, Most Effective Way to STOP Muscle Pain?