Why Are Flame Retardants Hiding in Your Soda? 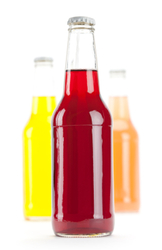 The toxic chemical identified in some soft drinks — brominated vegetable oil (BVO) — has its origins as a flame retardant for plastics. That alone should be cause for great concern.

BVO has been hiding in very popular sodas and sports drinks marketed squarely at young people with citric flavors for a very long time.

Nearly 35 years ago, the FDA approved BVO as a stabilizer for fruit-flavored drinks to keep citric flavorings from separating from the sugary water and rising to the top. It established a safety limit not to exceed 15 parts per million, “pending the outcome of additional toxicological studies” to be furnished at six-month intervals, that really never happened.

It’s Banned in the EU and Japan

Although North American manufacturers defend the use of BVO in sugary soft drinks, it’s considered a banned substance in Japan and the European Union, who substitute with hydrocolloids, substances that are almost always derived from natural sources.

Of course, soft drink makers that always fight change tooth and nail argue these more natural chemicals aren’t as functional and can’t be substituted for BVO. The real issue for food manufacturers, unfortunately, may be higher costs over health, according to a British scientist.

For your good health, make a New Year’s resolution to drink more fresh water and cut down on the sugary, sweet drinks. Not only does water do a better job of flushing the toxins out of your body — built-up toxins can form new trigger points that cause pain — consuming more of the fresh stuff prevents the dehydration that can lead spinal disc degeneration and herniated discs.

Next, do not miss…