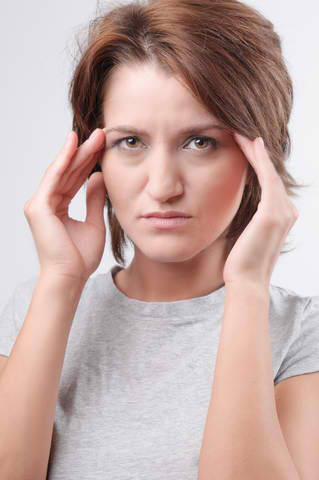 For thousands of years it’s been thought that the rhythmic experience of throbbing pain was linked to artery pulsations, a theory first introduced by Aristotle. Now new research suggests Aristotle may have been wrong about throbbing pain, and it may have a different link entirely.

Dr. Andrew Ahn, a neurologist at the UF College of Medicine and lead author of the study, said:[i]

“Aristotle linked throbbing pain to heart rhythm 2,300 years ago … It took two millennia to discover that his presumption was wrong.”

It turns out the throbbing feeling of pain may actually be linked to a type of brain wave activity known as alpha waves. Very little is known about alpha brain waves but they are known to play a role in attention and how we experience the world. Alpha brain waves are generally thought to induce a calm yet alert state and some have associated them with creativity, imagination and intuition.

According to the featured study, published in Pain:[ii]

The finding is important, as certain pain medications are based on Aristotle’s pulse theory, and seek to reduce pain by constricting blood vessel walls in order to dampen arterial pulsations. If the new finding is correct, and throbbing pain is actually a product of your brain, then such drugs will not provide a meaningful benefit.

Meditation May Reduce Pain by Controlling Your Alpha Waves

Interestingly, master meditators are said to produce more alpha waves during meditation, and it’s been theorized that this is one reason why meditation offers health benefits, including pain relief. According to Brown University scientists:[iii]

” … gaining control of alpha rhythms [via mindfulness meditation] not only enhances sensory focus on a particular area of the body, but also helps people overcome persistent competing stimuli, such as depressive thoughts or chronic pain signals.”

To date, mindfulness meditation appears to be one way to modulate and somewhat control alpha waves, but we are really only beginning to understand how these brain waves work and the many effects they have on our health.

Still, you have nothing to lose by giving meditation a try, and you can do it in as little as 15 minutes a day. The essence of meditation is mindfulness, which means being aware of yourself and your body. An easy way to achieve this is to set aside 15 minutes in a peaceful, comfortable space where you can use the focused attention method to empty yourself of distracting thoughts and feelings by focusing on your breathing.

Rather than worrying about pain or stress, you need to focus solely on the process of breathing in and out, controlling your attention and directing it away from negative thoughts and feelings, including chronic pain and depression.

Many people experience pain relief quickly from meditation, but if you have severe throbbing pain and want immediate results, try Rub on Relief. It won’t modulate your brain waves … but it will supply you with 8 of the best homeopathic ingredients to stop your pain fast, all wrapped up in an easy-to-apply cream …