Over the weekend I hit the gym with my buddy Mikey for a morning cardio workout. 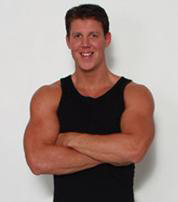 Now, I say “cardio”, but really it was a metabolic resistance training session.

If you’re unfamiliar with the term, the simple definition for metabolic resistance training is “cardio with weights”.

We’ll cover this more in detail in another update so as not to get too off topic.

So we’re about 10 minutes into the workout and Mikey looks like he’s in pretty bad shape (despite being in really GOOD shape).

So I asked him what the deal was.

“I didn’t eat anything for breakfast.

Me: Why the heck not?

“I thought that’s what you’re supposed to do if you want to burn the most fat from your morning workouts.”

Perhaps you’re still believing this old myth just like good ol’ Mikey, so allow me to take a moment to dispel it.

The theory behind empty stomach is cardio is simple: supposedly, by doing cardio on a empty stomach, you tap directly into fat stores since glycogen (carbohydrate) stores are somewhat depleted after an overnight fast.

Seems to make sense, but research has proven this to be wrong.

Several studies have shown no difference in substrate utilization (glycogen vs. fat) for those working out on an empty stomach vs. those who eat a small meal prior to their morning workouts.

In fact, one study showed the – exact opposite – those who had a small meal first burned more calories and more fat than the empty stomach group.

How can this be?

The reason is rather simple if you think about it. I was kicking butt and taking names with my workout, and Mikey was barely able to get through his. Even if not eating beforehand allowed you to burn more fat (which it doesn’t), the major trade off is performance.

And why does performance matter? Well, if you can’t perform at an optimal level and put forth maximal effort, then you are not going to be burning an optimal amount of calories – period.

The truth is, empty stomach cardio is an outdated philosophy whose theory was proven incorrect by research. Still, there are plenty of people who hold on to the theory despite the available research. Perhaps they’re not aware of it, perhaps they just go by what the fitness and bodybuilding magazines tell them (bad idea); I’m not sure.

Whatever the reason, popular philosophy doesn’t always mean correct philosophy, and this is one such instance.

So I’ll leave you with some practical recommendations:

At the very minimum, have a couple scoops of whey before any morning “cardio” workout.

That said, if it’s still negatively affecting your performance, you need to go a bit further. The meal doesn’t have to be large, but it should contain some complex carbs (oatmeal, etc) along with a small serving of protein.

Give it about a half hour to begin digesting and then hit your workout.

Don’t be like my friend Mikey and have a crappy workout because you didn’t eat. As I shared with you, the research shows that’s not going to make a difference anyway. Instead, eat your Wheaties (figuratively speaking) and then dominate your workout!

Would you like to really lose weight fast? Joel has an amazing system that will help you lose more fat in 25 days than you’ve ever come close to before — guaranteed. And you can get started today for just five bucks. If you even think you want to lose weight, you should check out his Xtreme Fat Loss Diet program.

1 thought on “The TRUTH About Empty Stomach Cardio”