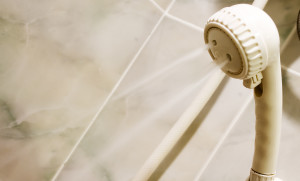 Vitamin D deficiency, which is generally defined as a serum 25-hydroxyvitamin D concentrations ≤20 ng/mL (50 nmol/L), is incredibly common in the United States.

Data from the National Health and Nutrition Examination Survey suggests nearly 42 percent of adults are deficient, and this rises to 82 percent among African Americans and 69 percent among Hispanics.

A low vitamin D level is not only incredibly easy to fix – simply get more sun exposure on a regular basis or take a vitamin D3 supplement – it’s incredibly important to fix as well.

Vitamin D deficiency is linked to chronic diseases like heart disease and cancer, which are two of the leading causes of death in the United States. Most often vitamin D deficiency is the result of spending too much time indoors and using sunscreen every time you’re in the sun (which blocks your body’s natural vitamin D production).

However, there are some other little-known causes of widespread vitamin D deficiency that may surprise you. Case in point – taking showers.

A 2007 study published in the Journal of Clinical Endocrinology & Metabolism revealed a conundrum: low vitamin D levels among surfers and skateboarders in Hawaii, a population with the equivalent of 11 hours of full-body sun exposure per week, with little to no reported sunscreen use.[i]

The subjects had vitamin D levels of around 30 ng/ml. Comparatively, dark-skinned hunter-gatherers in Africa have levels of 50 ng/ml. Darker skin pigmentation reduces vitamin D production in the skin, so, as John Cannell, MD of the Vitamin D Council put it:[ii]

“Why would light-skinned sun-drenched outdoor sport enthusiasts in Hawaii have an average level of 30 ng/ml, while very dark-skinned hunter-gatherers in Africa have levels of 50 ng/ml?”

The answer, he theorized, may be found in a 1937 paper that is largely ignored today. The authors found that washing human skin “by the usual methods” removes vitamin D and its precursors from the outer layer of human skin, and removing it tends to produce a deficiency of vitamin D. As Dr. Cannell noted:[iii]

“Assuming the African hunter-gatherers do not take showers twice a day that so many cosmetically brainwashed Americans do, then simple water, especially soapy water, routinely washes off oils containing vitamin D in modern humans. This means we must add soap and frequent showering to the list of things that explain why modern vitamin D levels continue to decline, decade after decade.”

The take-home message is this: if you’ve been out in the sun for an hour or two, resist the urge to take a shower right after you get home – even if you were exercising. Instead, give your body time to absorb the valuable vitamin D precursors on the surface of your skin before you wash them away with soap and water.

“One of cholesterol’s many functions in the body is to act as a precursor to vitamin D. Vitamin D can also be obtained from foods. Interestingly, foods that provide this vitamin — all of which are animal foods — tend to be high in cholesterol.

Foods such as sardines, shrimp, butter and egg yolks are naturally rich in both cholesterol and vitamin D, but many people avoid them. For the record, the government panel charged with updating the U.S. dietary guidelines recommended that the cholesterol limit be removed from the 2015 guidelines.

The panel’s report noted “cholesterol is not a nutrient of concern for overconsumption,” and eliminated the 300 milligram per day cholesterol limit that’s been a part of past years’ guidelines.[v] So feel free to include healthy cholesterol-rich foods in your diet without fear that you’re harming your health. On the contrary, you’re doing your health a favor.

Keep in mind, however, that even if you eat vitamin-D-rich foods, it’s difficult to get enough vitamin D from diet alone. Some experts believe adults may need 4,000 to 8,000 IUs of vitamin D daily to maintain optimal levels (levels associated with cancer prevention).[vi] For comparison, there’s only 49 IUs of vitamin D in a 100-gram serving of egg yolk and 56 IUs in the equivalent amount of butter.

If you’re obese, you’re at an increased risk of vitamin D deficiency as well. Some scientists have suggested that vitamin D, a fat-soluble vitamin, gets absorbed by fat tissue in obese people, thereby lowering levels that make it into the bloodstream.

However, evidence showing that vitamin D collects in fat tissue is lacking. Instead, it’s thought that the vitamin D simply gets “diluted” throughout your body if you have more mass than a normal-weight person, which means your levels are likely to dip if you aren’t getting enough from sun exposure or supplementation.[vii]

Sun exposure remains the best way to get your vitamin D levels up, as your body can produce 10,000 to 25,000 IU of vitamin D after just 15 minutes in the sun.[viii] A supplement is your next best option. Look for high-quality vitamin D3, like that found in Super Joint Support (1,000 IUs of vitamin D3 in every serving, plus joint pain relief too).

Finally, be sure to have your vitamin D levels tested regularly (at least once a year if not more). This is the only way to know if you need to increase your vitamin D supplementation and/or sun exposure accordingly. Your goal is not just to avoid deficiency; it’s to get your levels into a high enough range for the health protection to occur. Research suggests a level between 50 to 80 ng/ml is optimal. 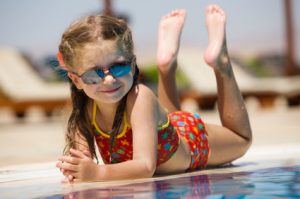 [viii] Vitamin D Council, How do I get the vitamin D my body needs?