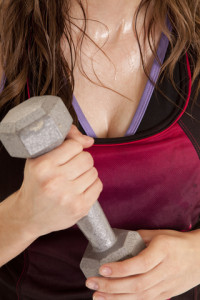 All types of physical activity, from working in your garden and vacuuming your house to jogging and competitive tennis, are beneficial in their own way. But new research suggests that intense activity, the kind that makes you work up a sweat, may be especially good for you.

While intriguing, this isn’t exactly new information. Research has been pouring in for years that higher intensity exercise appears to offer greater health gains in a fraction of the time of more moderate workouts.

Science Shows Breaking a Sweat May Help You Live Longer

In 1995 a study found “vigorous activities but not nonvigorous activities were associated with longevity.”[iii] The Harvard Alumni Health Study, results of which were published in 2000, also showed a clear correlation between level of activity and mortality. According to that study:[iv]

This isn’t to say that moderate-intensity activity should be avoided. The more you move around during the day, walking, bending, climbing, etc., the better. And research does show distinct benefits for moderate-intensity activity too, such as in lowering the risk of type 2 diabetes and other chronic disease.[viii] Still, the take-home message is that you don’t want to stop at moderate intensity.

Several times during the week, be sure you are pushing yourself to your limit, getting your heart pumping and breaking a sweat. It doesn’t have to be for long, and it doesn’t have to be everyday. In fact, overdoing intense exercise can backfire, and it only takes a small amount of high-intensity activity to reap the benefits. As Dr. Gebel said:[ix]

“Our research indicates that even small amounts of vigorous activity could help reduce your risk of early death … Previous studies indicate that interval training, with short bursts of vigorous effort, is often manageable for older people, including those who are overweight or obese.”

How Can You Tell the Difference Between Moderate and Vigorous Intensity?

The simplest way is to use the “talk test.” If you can sing while you’re exercising, consider that light intensity. If you can talk, but not sing, it’s moderate. At vigorous intensity, you won’t even be able to talk normally; you’ll need to pause to take a breath after just a few words.

Been Awhile Since You’ve Broken a Sweat? 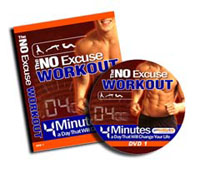 Whether you consider yourself fit or out of shape, you can start on a longevity program today simply by breaking a sweat. Examples of vigorous activities that can help you reach this goal include race walking, fast jogging (about 6 mph or more) or running, playing singles tennis and bicycling with steep hills (or more than 10 mph).

You can also try one of my personal favorites, The NO Excuse Workout, which includes 2 DVDs each packed with 10 short, intense workouts. Every workout is exactly 4 minutes long, broken down into 8 specific sets. Each set lasts for 30 seconds – 20 seconds of intense exercise, and 10 seconds of rest. That’s right, the workout is ONLY 4 minutes but you’ll break a serious sweat nonetheless … that’s why it’s called No Excuses!

[x] University of Rochester Medical Center, How Intense is Your Workout?