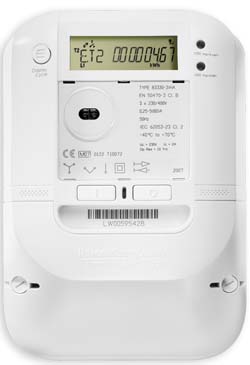 Do smart meters pose a dangerous risk to your health?

Imagine a technology capable of altering your heartbeat without your knowledge. It doesn’t make a sound, but in as little as 100 seconds it can alter your body’s natural ability to faithfully pump blood throughout your body.

Over time, it can shift your heartbeat until — seemingly out of the blue — you have a massive heart attack.

Would you install this technology in your house? You may have already…

Is Your Power Company Trying To Kill You?

All over the country, millions of households are being equipped with a 900 megahertz silent killer. It seems innocent enough — the whole thing is about the size of your hand and can be installed in a matter of hours.

Known as a “smart meter,” the box sits silently on the wall of your house, flooding it with harmful microwave radio frequency radiation two orders of magnitude stronger than cell phone signals.

Smart meters are touted by public power companies as the next big thing in home utility management. They broadcast your daily electricity usage patterns to the power company, who can then use dynamic pricing to “optimize” your power bill.

But what they refuse to admit smart meters really optimize is your potential for major health problems.

Researchers in Europe — where smart meters hit first — are already onto the problem. They know that smart meter radiation increases blood pressure, spikes cholesterol levels and heightens your body’s stress reactions. Even one of those symptoms increases your risk of heart disease, but all three in combination is deadly.

That’s not the worst of it.

But don’t expect U.S. power companies to admit the danger. Even as Europeans rip smart meters out of schools, hospitals and homes across their continent, there’s a nationwide push in the United States to install them in private homes. All in the name of environmental efficiency.

Power companies and local government officials deny smart meters are a problem, hiding behind FCC broadcast standards for wireless frequencies. Pointing to the 900 megahertz smart meter radiation push that falls below the FCC’s safety threshold, how can homeowners possibly have an issue?

200 pounds and broadcasting, that’s how.

You see, microwave frequency radiation was originally a military communications tool. Safety standards for exposure to the radiation were created based on the average American soldier — an adult male weighing 200 pounds.

When microwaves went mainstream and started to be used as public communication tools, the FCC adopted the military’s guidelines for broadcast safety. Not health safety, which even the FCC’s own website takes pains to point out. Just safe broadcasting level — and oh, by the way, you’re only safe if you weigh 200 pounds and you’re a man.

Kids, women, and the elderly don’t quite meet that profile — but public officials don’t care. FCC guidelines shield them from liability here in the US.

Even when concerned citizens, doctors, and scientists present the hard facts about smart meter problems, officials wash their hands of it, citing FCC rules.

Three Ways You Can Fight This Silent Killer

You don’t have to put up with do-nothing officials and resign yourself to a heart weakened by smart meter radiation. You can fight back and protect your family using these three tactics:

1)  Fight for your analog meter. These “old-fashioned” electric meters with the spinning dial display work just fine without causing deadly side effects. Don’t allow your analog meter to be replaced with a smart meter.

2)  Campaign to remove existing smart meters. With a letter from your doctor, you can have smart meters removed from your residence in any state — even if your power company doesn’t have an official “opt-out” system.

3)  Install shielding and deflecting tools around existing smart meters. There are many affordable systems (including aluminum foil covers) available to deflect smart meter radiation. Until you can have it removed, shield your home and/or deflect the smart meter radiation away from you and your family.

Smart meters are marketed as an energy efficient evolution in power technology, but don’t be fooled. They are dangerous, health-wrecking systems that should be kept away from your home.

This warning about smart meter dangers first appeared in the September 2012 issue of Get Healthy & Fit®.

Now get timely health and fitness information you can use every day by accepting a free trial subscription to Get Healthy & Fit.

We’ll send you a free copy of Pilates Made Easy on DVD just for giving it a try!

Try Get Healthy & Fit® and Get Your FREE DVD Now!