Here’s Why You May Want to AVOID the Flu Shot… 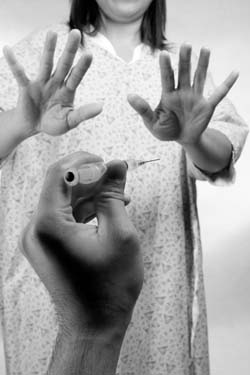 Don’t let a flu shot put you IN the hospital

Every year, more than 100 million Americans get flu shots, believing they’re doing a good thing for their health.

Flu shots are not “perfectly safe” for everyone — and the side effects of flu shots can be downright scary. Between the generalized side effects the Center for Disease Control (CDC) warns about and the specific side effects of the additives used to grow and preserve the vaccines each year, you can go in for a “harmless” flu shot and walk out with back pain, fever, seizures or even muscle paralysis.

Small wonder, then, that only 60% of doctors and nurses are getting the flu shot despite mandatory vaccination requirements in many hospitals. As health care providers, they can see first-hand what really happens after a flu shot and make a more informed choice than members of the general public, who often hear only positive propaganda about flu shots.

Don’t believe the hype. Find out more about the real side effects of flu shots so that you can decide for yourself whether a flu shot is truly worth the risk.

But there are even more serious and dangerous side effects that are possible… keep reading.

One of the biggest complaints people have about the flu shot is that they feel like they’ve been given the flu. Within the first 48 hours, many people complain of fever, headaches, runny nose, nausea and body aches just like they’ve come down with a case of the flu. Yet CDC officials insist that the vaccine can’t give you the flu.

So what’s really going on?

First of all, your body doesn’t like the flu shot. And that holds true for both dead virus and live virus versions of the injection.

Each flu shot contains up to three strains of the flu, plus chemicals to preserve the virus and base solution of the shot. Flu vaccines are grown in hens eggs, preserved with formaldehyde, diluted with known neurotoxins like Triton X-100 and MSG, and soaked in ethylenes. Certain formulations, like Afluria, Flulaval, Fluzone and Fluvirin also contain thimerosal, a form of mercury.

Can you think of any other situation where you might expect an injection of known toxins to protect your health? Putting pollutants like this straight into your bloodstream is a recipe for disease, not wellness. You feel lousy after a flu shot because you’ve put things in your body that don’t belong there, and you won’t feel better until your system has done all it can to cleanse your body of the toxins.

Right along with feeling sick, many people experience allergic reactions to the flu shot additives. These reactions can be life-threatening and happen within minutes. However, milder allergic responses can still compromise your health for weeks or even years after you’ve gotten a flu vaccine.

If you are allergic to:

Mild allergic reactions include swelling around the injection site, itching and redness. More serious reactions include changes in your breathing and heart rate, hives, and muscle weakness. If you’re severely allergic, your throat may close in a potentially fatal reaction.

Think twice before getting a flu shot! This is especially true for children, people with weak immune systems and the elderly.

Reason #3: Seizures After Flu Shot Not as Rare as You Think

The 2010-2011 American flu season was marked by reports of fever-related seizures among children who had received Fluzone, made by Sanofi-Aventis. The seizures occurred within 24 hours of receiving the shot.

While the authorities were quick to reassure the public that such side effects of the flu shot are “rare” the truth is seizures following flu shots are more common than many think.

According to the CDC’s own studies, one out of every 2,000 to 3,000 children vaccinated will experience additional fever-related seizures as a result of their vaccination. International studies are even more damning, directly pointing out that flu shots can hurt more than they help.

In Australia, the 2010 flu vaccine caused so many seizures in children it was pulled from the market after authorities realized more children were being hospitalized with side effects from the flu shot than were being hospitalized with the flu. Yet the very next year health officials were back out touting the benefits of getting a flu shot for kids — these people never give up!

Guillain-BarrÃ© Syndrome is one of the truly frightening side effects of flu shots. Known as GBS, this disorder causes your immune system to attack your own nerve cells, weakening your muscle systems and sometimes paralyzing you completely.

Between 3,000 and 6,000 people each year will get GBS, usually after being sick with the flu or getting a flu shot. The risk of GBS increases as you get older, and people over age 50 have the highest risk level.

GBS was conclusively linked to both the 1976 flu vaccine and the 2009 flu vaccine. Officials insisted that the benefits of the flu shot outweighed the risk — but that’s small comfort to those in Australia, Canada, Europe and the United States who were left permanently disabled by their “safe, harmless” flu shot.

The truth of the matter is you don’t need risky, dangerous shots to keep yourself healthy. In fact, you’ll be a lot healthier if you keep chemical pollutants and pharmaceutical toxins out of your system entirely.

Is it even possible to avoid toxic flu shots – yet still have a SAFE fighting chance at keeping yourself free from the flu? According to one unconventional doctor and the praise of tens of thousands of those she has helped, the answer is a resounding ‘Yes!’

And influenza is only one of the “little” bugs her unique therapy has brought relief from. Arthritis… headaches… chronic fatigue… the list of successes goes on.

But it was her very success with a unique yet safe treatment that threatened the medical establishment with their much riskier “solutions” like vaccines, drugs and surgery. And at the age of 71 they JAILED her for two weeks – without bail – in an attempt to silence her. 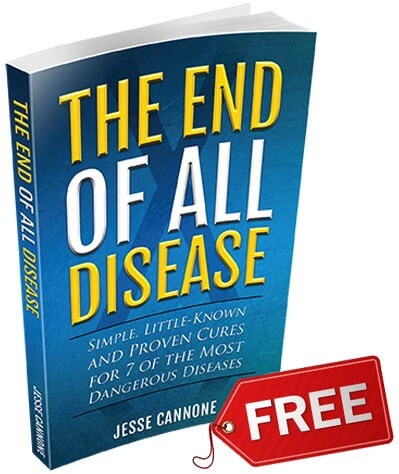 In fact, she lived just along enough to write an entire book on exactly how you can treat yourself naturally – from flu and numerous other ailments. But she didn’t want it sold. Instead, she would only allow it to be given away free.

Now, in her honor, I’m giving away 500 copies of her book. Fight the flu. Arthritis. Diabetes. Even Cancer. You’ll find out how in her book – and if you’re one of the first 500 to ask for it, it’s yours FREE.

Now Get the FREE Book That’ll Change Your Approach to Health – FOREVER!

13 thoughts on “Flu Shots Side Effects”