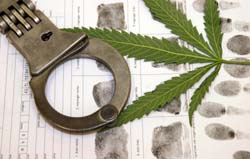 Should marijuana be legal? What do YOU think?

Should marijuana be legal? That’s a question discussed even during the current U.S. Presidential campaign.

In some states and countries marijuana, or Cannabis sativa, is now legal or at least decriminalized for medical use. This November, voters in Colorado, Washington and Oregon will consider making marijuana legal in their states, too.

We’d like to know: what do you think about the issue? Why should marijuana be legal? Or why not? Post your comments at the end of the article and please SHARE this with others by clicking above….

Proponents of marijuana legalization frequently point out that alcohol and tobacco products are far more dangerous than marijuana – yet these more dangerous drugs are legal for recreational use (though usually regulated) in all 50 states and most countries around the world.

For example, the U.S. Centers for Disease Control and Prevention attribute over 80,000 deaths to alcohol every year in the United States. Yet they don’t even have a category for marijuana attributable deaths – and no one has ever heard of someone dying from acute marijuana poisoning.

Based on an estimated average cost of $5 per illegal marijuana cigarette, Dr. Stephen Easton, Senior Fellow at the Fraser Institute, estimates anywhere from $40 to $100 Billion dollars in new tax revenue could be generated each year by legalizing marijuana and selling it at the same price through legal channels.

Don’t laugh… experts aren’t talking about the “mellowing” effect of smoking a joint, though some evidence suggests those who use marijuana are much less likely to become violent than those who drink alcohol.

Instead, proponents are talking about less crime for two other reasons: the elimination of “victimless crimes” and countering the violent side effects of an underground illegal drug trade.

According to FBI crime statistics from 2010, marijuana possession alone accounted for over 750,000 arrests in 2010. That’s more than the number of arrests for of all violent crimes combined. The associated legal and incarceration costs to the public are estimated at $10 billion dollars. Not to mention the lifelong effect on marijuana users branded as a criminal for using a drug deemed safer than alcohol.

Proponents say decriminalizing marijuana would end this injustice for marijuana users and free up scarce law enforcement resources to focus on more violent crime. And eliminate some violent crime just by legalizing the substance.

Making marijuana legal would effectively end the illegal trade in the drug similar to how most bootleggers were put out of the moonshine business with the end of Prohibition. And, advocates say, less violent crime from drug dealers fighting over turf and profits from America’s third most commonly used recreational drug (behind alcohol and tobacco).

Why should government be involved at all in regulating, much less banning, the growing and use of a natural plant? Proponents of marijuana legalization point to the clearly unsuccessful “war on drugs” campaign as just one more example of the failed policies of big nanny-state government.

Even many opponents of marijuana legalization admit there are potential medical benefits from the plant.

One of the first widely accepted and FDA-approved medical uses of marijuana is the use of THC, one of the plant’s unique active compounds, in the drug Marinol (dronabinol). This drug is approved for use by cancer patients to control nausea and vomiting from chemotherapy treatments and the loss of appetite in AIDS patients.

However, THC (delta-9-tetrahydrocannabinol) is only one of the dozens of known unique compounds in marijuana plants that advocates insist bears further study – and easier access for patients. According to the Institute of Medicine, marijuana appears to have therapeutic value in treating:

Some advocates say the potential health rewards far outweigh the potential risks of legalizing marijuana for medical use. For many users, marijuana is simply another natural health option with far less risk than conventional drugs.

Marijuana has a sedative effect on some users which may last for hours. Opponents of marijuana ask why should marijuana be legalized when it promotes a potentially serious driving hazard that may be harder to recognize and test for than other impairing drugs like alcohol.

Achieving a DUI conviction for drivers who actually are driving under the influence of marijuana can be more difficult to achieve than a DUI for alcohol as a driver can test positive for marijuana use up to a month after use while a simple breath or blood test can give a quick and accurate blood alcohol reading.

While there are behavior-based roadside sobriety tests designed to indicate impairment from marijuana, these are considered too subjective by some compared to a physiological test.

Opponents suggest keeping marijuana illegal helps eliminate the argument on impairment altogether since physiological tests are not an adequate indicator of current impairment in marijuana users.

“That joint just blew my mind…”

Many who are opposed to making marijuana legal aren’t surprised. They point to a 10-year study recently published in the British Medical Journal that followed 1,923 Germans from age 14 to 24. Those who used marijuana showed a significantly higher risk of persistent psychotic symptoms. And the risk continued to grow the longer marijuana was used.

The common Hollywood-promoted image of the unintelligent teenage stoner is practically a stereotype. Only it isn’t.

According to a brand new study which followed 1,037 New Zealanders from birth to 38 years of age, those who started using marijuana before age 18 lost an average of eight IQ points. Permanently.

The study’s lead author, Madeline Meier, told FoxNews.com that this is a significant drop. “Take an average person – an IQ of 100 puts them in the 50th percentile of intelligence,” Meier said. “If this person loses eight IQ points, it drops them to the 29th percentile.”

All the more reason to keep marijuana illegal and away from kids say legalization opponents.

While marijuana may be considered a relatively harmless drug by many, research suggests about 9% of all users become addicted to marijuana – nearly double that among younger users.

While most marijuana users do not become addicted like cocaine or heroin users, opponents of marijuana legalization point to numerous health risks from long-term use of this “harmless” drug:

Hotly contested by marijuana legalization advocates, but perhaps the most commonly used argument from opponents, is the use of marijuana as a “gateway drug” – opening the door to more dangerous drugs like ecstasy, cocaine and heroin.

Some long-term studies show an association between early marijuana use and later use of harder drugs, but the jury is still out on exactly why this association exists.

What do YOU think?

Should marijuana be legal? You’ve heard the top five answers on both sides of the issue. Now we’d like to hear what YOU think.

Do you think marijuana should be completely legal? Completely illegal? Legal only for medical purposes? Regulated or unregulated?

Please SHARE this by clicking above … and tell us your thoughts on marijuana legalization by adding your comment below.

Ferner M. Why Marijuana Should Be Legalized: ‘Regulate Marijuana Like Alcohol’ Campaign Discusses Why Pot Prohibition Has Been A Failure. 2012 Aug 28.

Federal Bureau of Investigation. Arrests. Crime in the United States 2010. 2011.

The National Organization for the Reform of Marijuana Laws. Marijuana Prosecutions For 2010 Near Record High. 2011 Sep 19.

Medical Marijuana: When It May Help. Bottom Line Health. 2011 Apr 1.

15 thoughts on “Should Marijuana Be Legal?”