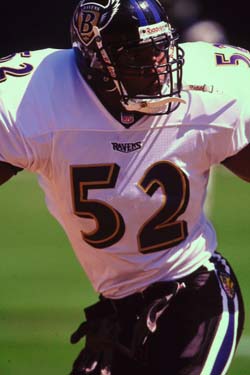 Did Linebacker Ray Lewis use deer antler velvet to speed his recovery from a football injury?

If you have even a passing interest in American football you’ve likely heard of Ray Lewis.

No stranger to controversy, Lewis was brought up on murder charges after a post-Super Bowl fight back in 2000 (he made a plea arrangement to obstruction of justice and continued his 17-year career in the NFL).

More recently, it was his rapid rehabilitation from a torn triceps muscle that captured sports fans’ attention.

Not because it was expected to be a season-ending injury, but because of allegations first suggested in Sports Illustrated last week that he used a banned performance-enhancing substance – deer antler velvet spray – to aid his quick recovery and return to the game in time to help his team win the post-season playoffs and Super Bowl.

Capsules of dried deer antler velvet are merely considered a food product. While full of nutrients, the key component in the deer antler velvet of interest, IGF-1, or insulin-like growth factor, gets broken down in the digestive tract and offers little if any benefit in this form. So capsules aren’t considered out-of-bounds for athletes.

But a sublingual spray is a different story. Sprayed under the tongue and held for 30 seconds or longer, nutrients and substances like IGF-1 are quickly assimilated into the bloodstream. Thus the concern of “doping” by athletes looking to get a performance boost from deer antler velvet.

Should YOU Use Deer Antler Velvet Spray?

While professional athletes are prohibited from using deer antler velvet sprays because of their performance enhancement capabilities, there’s no good reason others shouldn’t take advantage of it.

Deer antler velvet is painlessly harvested from new antler growth on deer and elk. The process doesn’t harm the animals and is a renewable source as new antlers grow each spring.

Before the antlers calcify (become hardened), the antlers are actually a type of organ which grows as much as a quarter inch per day. These soft, spongy antlers (in their entirety – not just the outer “velvet”) have been harvested for centuries. In Traditional Chinese Medicine, only ginseng is more popular as a both a health food and medical remedy.

Many experts still refuse to fully endorse deer antler velvet because they don’t believe antler velvet has been studied enough yet (are there ever enough studies for “experts” when it comes to supplements rather than drugs?).

Can Antler Velvet Help You Lose Weight Too?

In case you haven’t noticed, as we get older we can’t eat the way we used to without putting on extra  weight.

The key reason behind this change is the rapidly declining levels of Human Growth Hormone (HGH) our bodies produce after reaching adulthood.

One study in the New England Journal of Medicine found that synthetic injectable HGH given to male patients aged 61 to 81 over a period of six months resulted in a 14% reduction in body fat and nearly a 9% increase in muscle mass with NO change in diet or exercise.

Now I will say I’m not a fan of injecting anything into your body – natural or unnatural. Fortunately, you don’t have to inject anything to stimulate your body to make more HGH on its own. You only need to give it what it needs to restart the process: natural HGH stimulators.

Antler velvet, whether from deer, moose or elk happens to be an all-natural form of growth factor, or HGH stimulator.

And the good thing about stimulating your body to produce more HGH rather than injecting it is your body will never make more than it needs making the process completely safe.

When used as a sublingual delivery supplement, antler velvet can help you increase muscle mass after injury (like Ray Lewis was purportedly using deer antler velvet for)… reduce swelling and pain in joints and muscles… enhance your libido… detoxify your liver and kidneys… and even boost your immune function!

Now you see why we included elk antler velvet as one of nine all-natural, HGH-stimulating growth factors in our ThinMistâ„¢ weight loss supplement spray. 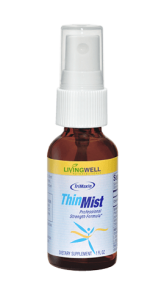 By giving your body what it needs to roll back the clock on aging and boost your metabolism you can finally get rid of stubborn fat you’ve been struggling to lose for years.

While I think it’s a shame professional athletes aren’t allowed to use a powerful natural supplement like ThinMistâ„¢, there’s no reason YOU can’t enjoy an unfair advantage in the battle against the bulge. All you need to do is click the link below.