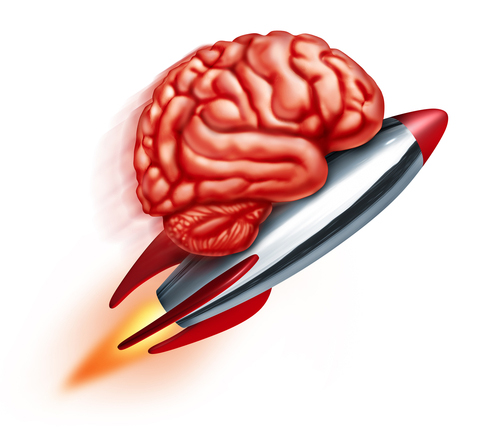 Probiotics, or beneficial bacteria, are most commonly regarded as a digestive aid that can enhance your gastrointestinal tract.

However, it’s becoming increasingly clear that the ‘terrain’ in your gut impacts far more than whether your food is digested properly, with its health impacting far-reaching areas of your body, from your immune system and skin to, researchers have recently revealed, your brain.

Inherently you’re probably aware that your brain and your gut do share some connections. For instance, have you ever lost your appetite or suffered indigestion during an emotional argument, or gotten ‘butterflies’ in your stomach when you felt nervous? These are examples of the mind-body connection at its most basic level. It’s long been known that your brain actually sends signals to your gut, but what is now being confirmed is that the relationship works both ways, meaning that your gut sends signals to your brain as well.

In the latest research conducted by UCLA scientists, women who regularly ate beneficial bacteria via yogurt had altered brain function, with the probiotics appearing to influence multiple areas of the brain, including those involved in sensory processing, cognition and emotion.[i] The study’s lead researcher noted:

“Our findings indicate that some of the contents of yogurt may actually change the way our brain responds to the environment. When we consider the implications of this work, the old sayings ‘you are what you eat’ and ‘gut feelings’ take on new meaning.

… Time and time again, we hear from patients that they never felt depressed or anxious until they started experiencing problems with their gut. Our study shows that the gut-brain connection is a two-way street.”

The latter study isn’t the first to show a strong connection between the bacteria in your gut and your brain. Probiotics have also been shown to normalize anxiety-like behavior in mice,[ii] as well as influence GABA, an inhibitory neurotransmitter in your brain. By activating GABA, which has a calming effect, as well as lowering stress hormones like corticosterone, probiotics have been found to potentially improve both anxiety and depression.[iii]

At the same time, mice that lack gut bacteria have been found to engage in anxiety-like behavior, and the absence of intestinal microbiota was also found to induce neurochemical changes in the brain.[iv]

As the research continues to unfold, it’s becoming undeniable that the health of your gut is intricately tied to your whole-body health as well, including that of your mind. Fortunately, this is one of the easiest strategies to embrace to get healthier (and perhaps give your brain and mood a boost at the same time) …

Most of us could use a bit of help in the probiotics department because we live in an era where our body’s beneficial bacteria are constantly under attack. Antibiotics, chlorinated water, and eating excess sugar are just three examples of factors that can seriously compromise the probiotics in your gut; there are far more.

At the same time as our good bacteria are being assaulted, most of us do little by way of replacement. You may eat a yogurt here and there, but unless you’re consuming decent quantities of traditionally fermented foods (such as homemade sauerkraut or kefir) daily, you’re most likely not replenishing your body’s supply.

Probiotic supplements are, fortunately, widely available, although there are key traits you should look for to find an effective brand. After much research, we chose Danisco® Probiotic Blend, which contains both bifidobacterium and acidophilus made by one of the most trusted companies in the field, to be a part of our 30-day colon flush and revitalization program, Natural Cleanse.

This patented blend of essential probiotics has been clinically proven to improve digestive function, and when combined with the other herbal remedies in Natural Cleanse — like milk thistle extract, buckthorn bark, rhubarb root and cloves — it will help to flush your colon clear of toxic build-up while soothing inflammation of your GI tract and replenishing the good bacteria in your gut to rebalance your vital gut microflora.

You get the benefits of the best probiotics combined with centuries of traditional healing wisdom designed to gently release and flush impacted fecal matter from your colon while at the same time revitalizing and tonifying your colon. If you want to get the brain and body benefits that probiotics have to offer, … try Natural Cleanse risk-free for 90 days now.