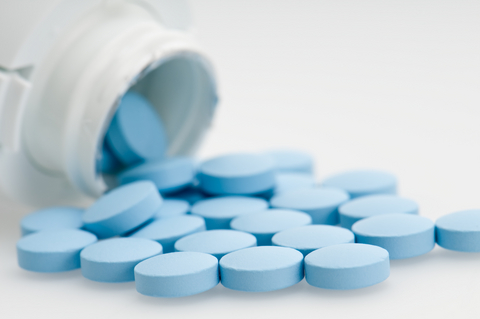 People take prescription painkillers because they want to feel better. Sadly, this is often the exact opposite of what happens.

It’s becoming such a common story that it boggles the mind why so many physicians just keep prescribing drugs that ultimately only add to their patients’ pain.

Take a new study published in the Journal of General Internal Medicine.[i] After analyzing medical records from 50,000 veterans it was revealed that those who took prescription opioid painkillers for 180 days or longer had a 53 percent increased risk of developing depression.

It’s a classic case of the cure being worse than the disease. Not that chronic pain isn’t debilitating and worthy of treatment … but who wants to trade their physical pain for emotional pain? Can that really be considered a successful treatment? Not in my book, and, I would think, not in yours, either.

Why do Prescription Painkillers Increase Depression?

There are likely multiple factors at play. The researchers suggested:[ii]

More than 200 million prescriptions for opioids are issued every year in the United States, and their use has quintupled in recent years. Doctors are increasingly treating back pain with strong prescription drugs, referrals to specialists and unnecessary medical tests, such as CT scans, without any increases in back pain relief, according to a JAMA Internal Medicine study published last year.[iii] Those researchers concluded that:

“Despite numerous published clinical guidelines, management of back pain has relied increasingly on guideline discordant care.”

Erectile Dysfunction, Addiction and Other Opioid Side Effects

Outrageously, depression is only one “side effect” of opioid painkillers. Erectile dysfunction, low testosterone levels, sleep apnea and addiction are also linked to these drugs. And this last one is a doozy. Opioid painkillers stimulate pleasure-perceiving areas in your brain, leading to an initial rush of euphoria that some people find impossible to resist. Soon larger doses are needed to feel the rush again, and continued doses are needed to stave off the inevitable withdrawal symptoms that creep in when the drug is no longer taken. Along with developing physical dependence on the drugs, some people also become quickly addicted.

Alarmingly, 43% of those using drugs for back pain suffer from substance abuse![v]

This is simply unacceptable. You shouldn’t have to risk becoming addicted, suffering a fatal overdose or developing depression in order to live your life pain free!

Please, Indulge Me for One Moment More.

There is a reason why I get out of bed every morning, and that is to continue on with what I believe is my true calling, my reason for being put on this planet. Each and every day I hope to reach just one more person. Someone like you who is suffering with pain. Perhaps you are new to this journey and have a prescription for a painkiller just waiting to be filled.

Or, perhaps you are seasoned, losing hope and already fed up with painkiller side effects. Perhaps you have decided that this is no way to live!

Click here to learn about the 12 SAFEST & MOST EFFECTIVE pain relievers in the world. They’re available all together, in one powerful formula that actually HEALS the underlying condition causing your pain.

That means you’ll feel quick pain relief in the short-term … and permanent healing in the long-term, without the side effects common to prescription and OTC drugs.

Before you fill the prescription, demand more. Demand relief that doesn’t come with depression, or worse. Demand to live your life pain-free and happy.

Give Heal-n-Soothe a try.