How Over-Sensitivity Harms Your Health 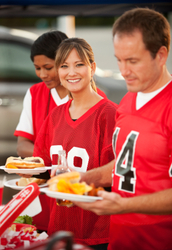 Remember that party at your best friend’s house when you over-indulged big time on the homemade guacamole?

Well according to recent research, if you are a “people-pleaser” type, you may be eating to make others feel more comfortable even when you’re not really hungry … gaining weight and worsening your back pain and other pain in the process!

It’s challenging enough for most people to turn down a glazed doughnut when the box is passed around at the office.

However, it’s especially difficult for folks who “don’t want to rock the boat or upset the sense of social harmony” in the office and elsewhere, says Dr. Julie Exline, lead author of the two-part study on people-pleasers.

The act of people-pleasing can manifest in many ways among those who feel more guilt or anxiety than others, often because they outperform their peers in other key areas (relationships or physical abilities), scientists say.

Are You Getting Fat Just to Please Others?

Initially, the study identified the characteristics of people-pleasers as those who were overly concerned about criticism or hurting others and put the needs of others before their own.

Then, as patients were seated next to a female actor posing as a study participant, researchers handed a bowl of M&Ms first to the actor, who took a handful (no more than five pieces), then to patients who more often than not took a few pieces for themselves.

In fact, 66 percent of the participants admitted they sampled the M&Ms, partly because they believed doing so would make the actor feel more comfortable. 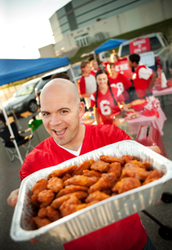 Almost everyone feels the social pressure in groups to eat when they’re not hungry, but people-pleasers are particularly sensitive to it, Dr. Exline says.

So if you are the “people pleaser” type, it pays to be aware of these findings and keep yourself reminded that when it comes to overeating (and other unhealthy habits), you DO NOT need to please others at your own expense!

Journal of Social and Clinical Psychology