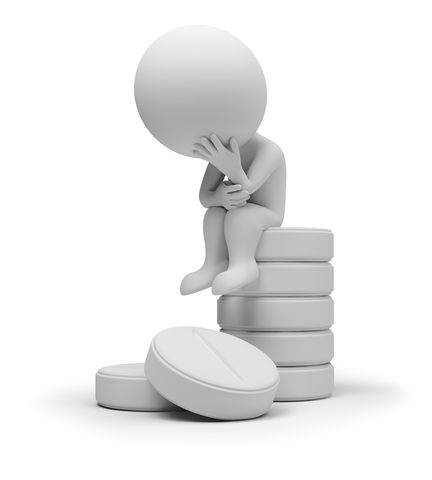 It’s been a few years since we uncovered 20 of the most shocking prescription drug statistics.

If you read that article, you learned that over 100,000 people die each year from prescription drug side effects in the United States alone (and that’s just from side effects, it doesn’t include deaths from accidental mix-ups, prescribing errors and overdoses).

It’s a frightening prospect, especially when you consider that the pharmaceutical companies are the most profitable U.S. business, raking in $650 billion a year (more than $300 billion of which comes from the U.S. alone). The disparity between producing products that kill yet continuing to earn billions in profits is unsettling, to put it mildly, but not surprising because drug companies spend nearly twice as much on marketing as they do on research.

In other words, they’re much more concerned with selling their drugs than they are with making sure that they are safe and effective.

And their marketing tactics work. Far too many Americans are convinced that the only way they can be pain free and well is by taking medications. Many believe pharmaceuticals equal health care because, sadly, that is the only option they’ve been given. Medications are to most diseases what a closet is to your mess … a way to simply cover up the problem (without doing anything to actually resolve it).

Unlike a closet, however, medications are often dangerous, and it’s not unusual for them to cause more problems than they solve.

Yes, there are certainly exceptions, and when used appropriately medications can and do save lives. But this is in the minority of circumstances, especially when it comes to chronic conditions like back pain that are far better off being treated with lifestyle-based strategies.

If you take only one thing away from this article, let it be this: prescription drugs are not the only option and they certainly are not health care. If you truly want to be well, physically, mentally and emotionally, you’ve got to focus on healing and restoring balance and homeostasis in your body. There is no drug that can do that, and don’t believe anyone who tells you there is.

Now, on to the statistics, which come from Health, United States, 2013, the federal government’s annual report on the nation’s health.[i] As you browse through this list you will get a clear picture of just how reliant we have become on medications, and why that is one of the biggest detriments to public (i.e. your) health.

Prescription Drug Statistics: The Latest Facts to Shock You

What are the 5 Most Dangerous Pain Pills of All?