There’s just something about the air after a spring thunderstorm, near a mountain waterfall, or along an ocean beach. 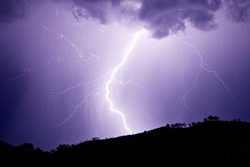 It’s almost impossible to feel depressed when in such an environment… and it turns out it’s more than just the scenery.

In each of these environments, invisible, tasteless, and odorless molecules are released in great abundance.

These molecules are called anions, or negatively charged ions, and they boast a remarkable number of hidden health benefits.

In a minute I’ll tell you how easily you can increase this “vitamin of the air” without waiting for a thunderstorm or taking a vacation. But first, here’s seven ways negative ions can greatly improve your health and life.

Even though we can’t sense them, negative ions clearly have an effect on mood. In controlled clinical studies, they improved the mood of people suffering from seasonal affective disorder (SAD) or winter depression.

Summer air is full of these particles. In winter, they are sparse.

Dr. Michael Terman, Professor of Clinical Psychology at Columbia University and leading researcher in the treatment of depression with ion therapy, uses special machines to supplement negative ions in the winter. These “negative ion machines” act as an antidepressant in patients with SAD.

Negative ion therapy boosts our body’s antioxidant defenses and may protect us from bacterial and other infections.

Negative ions are known to increase the activity of a crucial enzyme known as superoxide dismutase (SOD) by 50%.

This enzyme is a very important part of our body’s antioxidant defense mechanism. It chews up superoxide — a dangerous oxidative reactive species — into oxygen and hydrogen peroxide, and protects our cells from its harmful effects.

In recent years, interest in the use of negative air ionizers to control the spread of airborne bacteria and infections has re-emerged. Negative ions may have some benefits in this area, although it is not known how exactly they work.

Negative ions have a positive effect on health. For one thing, they offer protection from positive ion-related stress and exhaustion disorders.

Positive ionization is caused by an incoming weather front, like a storm or a desert wind. Positive ions cause the levels of a chemical neurotransmitter associated with stress, called serotonin, to rise sharply in our bodies. This makes us irritated and exhausted.

When mice and rats are exposed to positive ions, they become agitated, aggressive and are more likely to get respiratory illnesses.

When volunteers were left for about an hour in a room with an overdose of positive ions, they became irritable and fatigued.

Yet when they were confined for the same period of time in air containing an overdose of negative ions, they became alert and relaxed!

Dr. Sulman carried out another study of “weather sensitive” volunteers. During the Sharav winds — scorching hot, dry desert winds which blow from the Arabian Desert for 2-5 days at a time — their bodies would produce up to 10 times the normal level of serotonin.

He believes they were being poisoned by their own serotonin. They experienced migraines, hot flushes, irritability, pains around the heart, difficulty in breathing and a worsening of bronchial complaints, anxiety and irrational tension.

His research also shows that our body reacts to positive ions by making adrenaline and noradrenaline, the “fight or flight” hormones. Together, they stimulate short-term euphoria but eventually cause exhaustion.

In an interesting study, German researchers isolated mice and rats in airtight, sealed acrylic cases. They then filtered the air to remove all negative ions.

Surprisingly, this sped up the death rate in these animals. The researchers believe this was probably due to serious disturbances in their hormonal functions, although the exact reasons are unknown.

In research studies, stressed rats exposed to negatively charged ions were protected from the effects of stress. The problems normally caused by stress simply did not happen.

British researchers at the Centre for Sport and Exercise Sciences in Liverpool exposed male athletes to negative ions. Then they measured their body temperature, heart rate and respiration — both while at rest and during exercise, and found that negative ions significantly improved the physiological state of the athletes, especially during rest.

In 1969, Dr. Felix Sulman again carried out some very interesting experiments on the effects of negative ions on people. 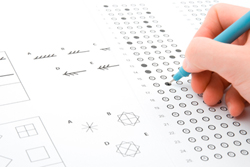 While in each room, they were given word, figure, and symbol tests. Dr. Sulman found that they scored significantly higher when they were in the negative ion-enriched room. At the same time, their brain waves (via the electroencephalogram or EEG) showed the slower, stronger pulse rate of alpha waves, which are a measure of the brain’s activity and health. Usually, slow, strong alpha wave pulse rates indicate calm and heightened alertness.

On the other hand when the subjects were in the negative ion-deficient room, they showed signs of irritability and fatigue, along with lower test performance.

In 1959, Dr. Kornbleuh and his medical colleagues at Northeastern General Hospital treated a group of 138 burn victims with negative ionized air.

To their surprise, more than half of them suffered significantly less pain and discomfort. They also healed more quickly and thoroughly than those who were treated by conventional methods.

On the other hand, less than a quarter of the control burn victims experienced similar improvements in the same time frame. Later on, the hospital equipped all of its postoperative wards with negative ion generators.

Negative ion treatment might have worked in this instance by removing pollutants from the air, reducing infection rates and irritation of burn wounds. Again, studies are still being performed to understand the phenomenon better, but it appears to work.

Protection from migraine headaches and pain

Migraines happen when an overload of the chemical brain transmitter serotonin we spoke of earlier causes blood vessels in the brain to dilate. Blood flow increases and pain receptors in the blood vessels get stretched. This is what causes the excruciating pain in a migraine.

In numerous tests and studies, negative ion treatment prevented overproduction of serotonin and effectively cured migraines. And, of course, it has no negative side effects or risks found with migraine medications. 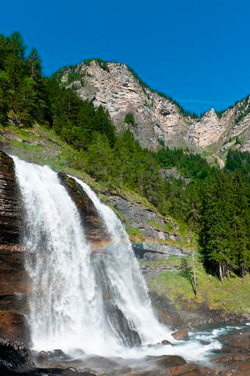 Waterfalls are a great source of negative ions

You can enjoy all of these benefits of negative ion therapy right at home. No need to wait around for a thunderstorm or take a vacation to the beach or mountains — though it couldn’t hurt!

The movement of water creates negative ions… which is why waterfalls are a great destination for negative ion therapy.

Can you think of a waterfall in your home? Look no further than your shower… now you know one of the big reasons why a shower in the morning helps you wake up and may even improve your mood so much you feel like singing.

The problem though is most homes have limited hot water in their hot water tanks, and you’d end up looking like a prune if you tried to stay in the shower all day anyways.

Fortunately there’s a simple device that not only creates an abundance of negative ions, but also delivers deep-penetrating soothing heat with a large list of side benefits of its own: a far infrared heating pad.

Simply sitting or lying on one of these not only helps relieve stress, improve your mood, and produce all the benefits listed above… it also helps eliminate blood clots, relax cramped muscles, improve circulation, and even help your body fight off cancer cells. And it’s fantastic on aching backs.

If you’re looking for a way to feel great and get all the benefits of negative ions at the same time without heading to the beach, a far infrared heating pad makes a great choice. I know because I use mine every night while reading and relaxing in bed. I highly recommend it.

Reilly T, Stevenson IC. An investigation of the effects of negative air ions on responses to submaximal exercise at different times of day. J Hum Ergol. 1993;22(1):1-9.